Transgang tackles the issue of transnational youth gangs, seeing them as an actor of mediation rather than a security problem

TRANSGANG’s precept is the study of transnational gangs as mediation agents. It aims to respond to the persistence of street youth groups (the so-called ‘gangs’) being seen as ‘problematic’. In particular, we are interested in studying the ‘transnationalization’ process of these groups from two directions: ‘from above’ (imaginaries, symbols, criminal and police policies to deal with them) and ‘from below’ (imagined and practiced communities of mutual aid, through migratory processes and virtual interactions).

The central focus of the project is mediation, understood as the set of techniques and procedures for resolving conflicts within the group, between groups, or between the groups and the social environment. Most research studies and policies that deal with gangs are based on the idea that the solution is the suppression of the group. Our perspective is different: studies carried out for more than a century show that gangs do not disappear, but rather transform to continue responding to unmet needs. Therefore, we understand that the way forward means involving gang members themselves in the search for alternatives to violence, based on a harm reduction policy and the promotion of mediation experiences. Young people who have belonged or belong to street youth groups are currently collaborating with the project. Their life stories are examples of resistance and resilience, two types of experiences that we are studying: how to survive in conditions of social exclusion and how to react to adversity with the help of the group.

As defined in the Project Proposal, the main challenges we address during the project are:

a. To review the historical literature on youth gangs in order to elaborate a theoretical synthesis. Gang theories have been focused on the (North) American gang pattern, mainly territorial, masculine, based on ethnicity and highly influenced by the criminal justice system. Our aim is to explore the evolution towards non territorial, mixed, multiethnic and non criminal types of gangs.

b. To develop a renewed model for the analysis of transnational youth gangs in the global age. Comparative migration processes evolved incorporating transnational approaches. Our aim is to incorporate this perspective in gang studies, analysing in which way the neoliberal era, flexible capitalism and hybrid cultures affect the nature and function of gangs.

c. To apply an experimental model for comparing gangs in two groups: Latinos and Arabs. While Latino gangs have been over-studied, similar street-groups from Arab backgrounds are under-studied. Our aim is to compare transnational street youth groups in order to understand the collective forms of behaviour that emerge from both cultural backgrounds.

d. To explore experiences in which gangs have acted as agents of mediation, as well as barriers that block these attempts. Most of the research on gangs focuses on their deviant aspects. Our aim is to explore other cases in which gang, NGOs, local authorities and police have explored alternative discourses and practices.

e. To deduce more effective ways of intervention to prevent the hegemony of the criminal gang pattern. The current hegemonic gang pattern is based on violent behaviour in the ‘criminal’ pattern of the Latino gangs, as well as in the ‘radical’ pattern of the Arab street groups. Our aim is to cooperate with gang leaders, ex-gang members, police officers, youth workers and other stakeholders, in order to analyse which are the more effective ways of prevention and intervention, including the self-management of the peer groups of their social situation. 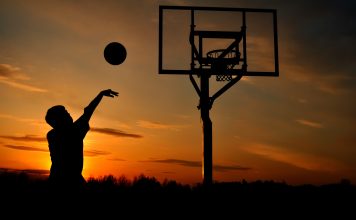