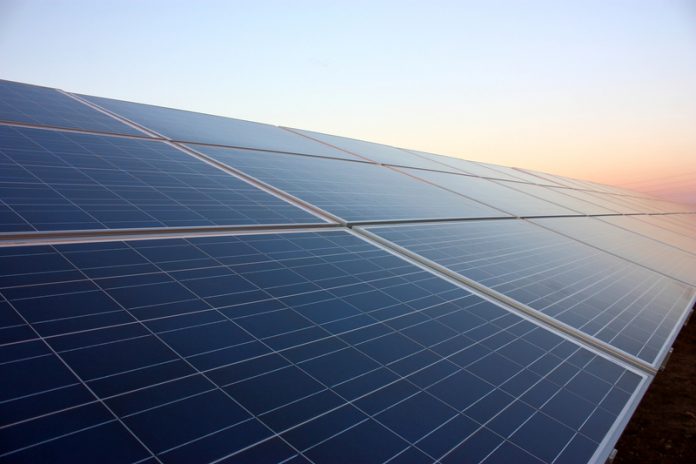 Following the momentous decisions made at the COP21 talks in Paris where virtually all nations came together and agreed to limit climate change to no more than two degrees and also to reduce carbon dioxide levels the world’s attention turns to renewable energy sources as a way to cut carbon emissions. Perhaps the most reliable form of renewable energy is solar power, it can be used in virtually every part of the planet and doesn’t depend on wind or tides blowing in the right way. But what is the potential for solar energy generation in the UK domestic market and what is being done to realise that potential?

Let’s start by looking at what solar panels are and how they work. The basic premise of a solar panel is to capture and store energy from the sun, turning it into usable electricity to power homes and businesses or storing the electricity for later usage.

Solar thermal panels work by trapping solar energy and using it to heat water. The water can be used as steam to drive a turbine and generate electricity on a large scale. In the home it is used to heat water which is used for (central) heating, baths & showers, washing machines and dishwashers.

Photovoltaic solar panels convert sunlight into electricity which can be used around the home to power everything from household appliances to heating and lighting.

Whilst thermal panels will help both the environment and your bank balance, photovoltaic panels are also the kind of solar panels you should install if you want to both maximise your energy savings and reduce your carbon footprint. Additional electricity generated by your solar panels is sold back to the national grid, reducing your overall energy bill.

The UK’s potential for solar energy

As we can see from the infographic, if the UK gave just 1% of its land area over to solar panels then the country would be able to generate enough electricity from solar power to meet all its needs, based on 2009 consumption figures. Delving deeper this assumption is based on installing large home solar systems, meaning many of us would be able to be energy neutral, running on our own power. As you can see the potential for home solar energy, even in the often grey and dim UK is huge.

So, where is the UK’s solar energy usage and production against the potential? By mid 2015 there were around 700,000 home sized installations, generating enough electricity to power 655,000 average homes; and currently the UK is installing more solar capacity at the fastest rate in Europe.

In July this year Britain (albeit briefly) generated a record 15% of its energy usage from solar power. Whilst this might not sound much Britain is leading the way in the installation of solar panels. Globally, last year a record 40 gigawatts of solar capacity was added, with an increase of 7.5GW from Europe as a whole and 2.5GW from the UK, not bad for a little cloudy island! “For the first time ever in Europe, renewables produced more power than nuclear – and solar power was key in achieving this remarkable achievement,” said Michael Schmela, executive adviser to trade body SolarPower Europe

The costs and benefits

Assessing the costs and benefits of solar panels can be a bit complicated. Figures from the Energy Saving Trust show that the average home sized solar photovoltaic installation can cost between £5000 and £8000. The number of panels you are installing as well as their placement and other logistical factors can greatly influence the price, however, whilst larger systems are more costly to install they are more cost effective over the long term.

On the good side once they are installed, solar panels are very cheap to maintain and run and (in general) last for around 25 years. Your biggest area of maintenance is keeping the panels themselves clean, maximising their effectiveness. Luckily if you install them at an angle of 15 degrees the rain should keep them clean.

Due to differences in energy prices and availability of feed-in-tariffs, what you will save by installing a home solar panel system will vary. You can find more information on availability of tariffs, costs and savings at the Energy Savings Trust.

One myth surrounding home installations of solar panels is that it can cause difficulty when switching energy suppliers. It is a common misconception that due to their installation, the supply of energy back to a utility company and being on a feed-in-tariff switching suppliers is a lot harder.

Changing electricity supplier when you have solar panels works in the same way it normally does. Feed-in-tariffs are paid by and available from most energy companies. The company which you have signed up with for this will remain your FIT licensee, even if you no longer buy your electricity from them. The only difference is having two contracts, one for energy supply and one for receiving your feed-in-tariff payments.

To find out more about switching energy supplier with solar panels and the status of your feed in tariff see this information from OVO Energy and British Gas.