The way dementia is currently diagnosed can be frustrating and upsetting for all involved.

Denise Wallin and her brother repeatedly took their mum Barbara to her GP. Denise recalls “We had to nag and nag the GP to send her for a scan. He was insistent my mum had depression because she was deemed ‘too young’ to have dementia.”

Barbara’s initial diagnosis, of vascular dementia, was incorrect – it was later corrected to frontotemporal dementia (FTD), a very different form of the condition. The misdiagnosis was, in part, because of the routine pen-and-paper memory tests Barbara was asked to carry out. Since FTD affects behaviour in its initial stages, not memory, she sailed through these.

In the end, it took four years from her first appointment with a GP before she was finally referred to a hospital consultant and correctly diagnosed with FTD. “An early, accurate diagnosis would have avoided a lot of stress and helped us prepare for what was to come,” said Denise. Unfortunately, Denise’s story will seem all too familiar to many people affected by dementia in the UK.

Dementia is often diagnosed when the individual or a loved one notices common symptoms, such as memory loss. However, the underlying changes in the brain can occur much earlier – often 15 years before symptoms are generally noticeable. But the huge problems in how dementia is diagnosed aren’t just a problem for individuals and their families – they’re holding up the search for effective dementia treatments.

As researchers are finding out more about the underlying diseases that cause dementia, it has become increasingly clear that detecting these diseases early will be critical to treating them. It’s highly likely that any new dementia treatments will be most effective earlier in the disease’s progression, possibly even before symptoms emerge.

So, as well as accelerating the development of new dementia treatments, it’s imperative that there’s a clear focus on improving dementia diagnosis too. Not only will this allow people to plan for their future and live as well as possible with the condition, but it will also open up opportunities to participate in rapidly developing dementia research, and access life- changing medicines when they become available.

In England, estimates suggest that more than a third of people over 65 who are living with dementia go undiagnosed.

No test is 100% definitive for diagnosing the diseases that cause dementia. Most services rely on traditional pen and paper-based tests, like those that Barbara took, and many don’t have routine access to more sophisticated tests, like PET scans. The pandemic compounded these barriers further – the isolation of people living with dementia meant changes in symptoms were spotted later. As a result, there were 40,000 fewer diagnoses between February 2020 and January 2021.

Beyond this there are other challenges. There’s a common belief that, since no dementia treatments are yet available in the UK, there’s little benefit to an early diagnosis. Why would someone want to know they had dementia if it can’t be cured?

However, the very lack of routine early diagnosis may be partly to blame for the failure of successive clinical trials – it’s possible that treatments have failed because they were tested on people whose disease was too advanced. Unless improvements are made to diagnostic infrastructure, this ‘chicken and egg’ situation will continue.

But it’s not just about improving infrastructure – there’s an urgent need to discover newer and better ways to diagnose dementia too.

Dementia research has made huge advances in the last decade, but future innovation is at risk without sustained, increased investment.

One area currently being applied to dementia is artificial intelligence, our Early Detection of Neurodegenerative diseases (EDoN) initiative is a great example of this, which aims to collect large datasets of clinical data – including from wearable and mobile technology – and exploit them to try to detect signs of diseases like Alzheimer’s years before symptoms are otherwise noticeable.

There’s also been considerable progress in the field of blood tests, which could be a cheaper, more scalable and accessible way to help diagnose dementia. Researchers currently use these in a research setting, but they must now be validated in clinical settings to ensure they can become a reliable diagnostic tool.

What’s next for dementia treatments?

Exactly how research will pan out, and what the future of dementia treatment and care looks like, is uncertain. But on a global scale, dementia research is making extraordinary progress, with several phase III trials due to report in the next 12 months. With life-changing treatments on the horizon, it’s vital that the health system is ready for people with dementia to receive them – and that means ensuring that they are diagnosed early, so these treatments are more likely to be effective.

The forthcoming 10-Year Dementia Plan is a prime opportunity for Government to deliver long-term solutions. One immediate starting point could be the introduction of nation-wide Brain Health Clinics, like the Oxford Brain Health Clinic, which is helping to boost clinical trial participation and improve accuracy in diagnoses. Pioneering approaches like this, which link research and service delivery, will help create a blueprint for new infrastructure from which to introduce new treatments when they become available.

Taken together, it is paramount that the new Prime Minister takes forward the Government’s commitment to double dementia research funding, to enable more accurate and timely diagnoses and support the integration of clinical research with all parts of the NHS. This will improve trial participation, awareness of these opportunities for patients and, ultimately, hasten the development of effective new treatments. 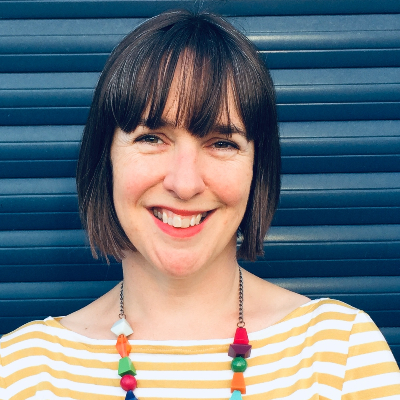