Hurricanes, droughts, ﬂoods, and hailstorms. These disastrous natural events are the ﬂipside to our most precious natural resource: water. Water makes life on Earth possible and is found in three distinct phases (gaseous, liquid and solid).  While the water cycle is often taught as evaporation, condensation and precipitation, water’s movement throughout our planet is in fact much more complex.

The water molecule ties together components of the Earth system through its ceaseless movements in the atmosphere, clouds, oceans, lakes, vegetation, snowpack, glaciers, rivers, and underground storage. In a “Goldilocks world” water would be neither too scarce, nor too abundant and of just the right quality. However, in the real world, interactions and feedbacks between water (“the hydrosphere”) and other parts of the Earth system can result in natural hazards that endanger human life. For example, extreme precipitation events pose risks to life, society, and the economy that span sectors including water resource management, energy, infrastructure, transportation, health and safety, and agriculture.

Researchers supported by the U.S. National Science Foundation (NSF) are working to ﬁnd ways to minimise the adverse impacts of hurricanes, droughts, ﬂoods, and hailstorms. Atmospheric scientists are harnessing the power of cutting-edge technology in observations, computer modelling and data science to study natural hazards. Their eﬀorts provide information that can be used by communities in the United States and across the globe to increase resilience and protect economies.

Below, we describe some of the knowledge gained from research funded by NSF’s Division of Atmospheric and Geospace Sciences that can enhance societal resilience to natural hazards, leading to tangible beneﬁts to society-at-large.

For three hurricane seasons in a row, storms with record-breaking rainfall have caused catastrophic ﬂooding in the southern United States: Harvey in 2017, Florence in 2018 and Imelda in 2019. Recent research results indicate that modern-day storms not only have an increase in holding capacity for water vapour but are also getting stronger and contributing to higher rainfall rates, causing more damage and danger to aﬀected communities.

When a hurricane arrives at a coast, the wind near the ground depends on what’s there. The eﬀects can vary from one part of a city to another, even from one side of a building to another. Scientists are using state-of-the-art modelling techniques to improve our ability to predict how buildings disrupt and modify the wind beneath landfalling hurricanes, from just above the ground to near the tops of buildings. Such analyses will foster better ways to design and locate buildings and other coastal infrastructure to protect lives and property in the face of impending storms, and to develop better ways to respond immediately afterwards.

Despite considerable progress, signiﬁcant uncertainty in projections of future hurricane risk remains. Climatic drivers of changes in hurricane activity are not well understood and there is a short instrumental record of hurricane occurrence. Using proxy records such as sediments, scientists are currently working to reconstruct hurricane activity in the western North Atlantic extending our knowledge of hurricane frequency and intensity back across centuries. By creating extended records of the past, scientists can examine how natural processes such as changes in ocean circulation and the response to volcanic eruptions aﬀect hurricane activity and can better understand hurricane patterns in the future.

Drought conditions aﬀect irrigation systems, crop yields, ﬁsh habitats and spawning, industrial use of water resources for cooling processes, and drinking water supply for humans and animals. Droughts can be long-lasting and very harmful to society and the economy. Scientists are studying the linkages between atmospheric circulation and regional drought, for example, the cause of persistent drought in California, an area that depends on a relatively small number of heavy precipitation events to make up the bulk of its annual total. Current understanding suggests that a persistent atmospheric circulation pattern of extremely high atmospheric pressure over the Northeastern Paciﬁc can lead to diverting winter storms northward and preventing them from reaching California thereby leading to prolonged drought.

In another part of our country, scientists are exploring the connections among snowpack, soil moisture and drought, and have suggested that the “ﬂash drought” that unexpectedly gripped the U.S. Southern Rockies and Midwest in the summer of 2012 could have been predicted months in advance using observations of soil moisture and snowpack. Such advance knowledge could be used to lessen the impact of future droughts and allow natural resource management agencies and the agricultural industry to be better prepared.

In addition, the El Niño Southern Oscillation (ENSO) phenomena in the Paciﬁc inﬂuences weather patterns globally on interannual time scales, with far-reaching consequences, including changes to crop yields, ﬁre risk, and energy demands for the heating and cooling demands of homes, workplaces, and other buildings. Drought over North America’s southwest is linked to the La Niña phase of ENSO. NSF-funded researchers are gaining a better understanding of the interconnected natural processes behind droughts – information that is critical to our agricultural practices and water management eﬀorts.

Flooding is the most common natural hazard and causes billions of dollars in damage annually. Researchers are working to understand the natural processes behind ﬂooding events, from storm surges near our coasts, to heavy rains that can cause rivers and sewers to overﬂow. A multi-stakeholder approach is needed to combat ﬂood hazards, with increased collaboration between researchers and water resource managers and emergency managers. The co-production of knowledge steers the science to focus on pressing needs that matter most to decisionmakers, improving the capability to predict what is meaningful to end-users.

Another focus area for natural hazard research is hailstorms. NSF-funded researchers are working to identify the types of environments that produce high impact hail events and how the physical processes that produce hail are aﬀected by environmental processes. With a better understanding of which environments are likely to produce diﬀerent hail threats, such as giant hail, or large amounts of small hail or diﬀerent hail sizes, scientists can provide information to local practitioners on the expected weather event type, such as giant hail or lots of small hail (or “blizzard” hail), so that weather, safety, and traﬃc authorities can make informed decisions.

In partnership with academic researchers and government agencies, NSF is working to mitigate the risks associated with natural disasters. Rapid advances in new technologies in observing, modelling and simulation are providing unprecedented insights into processes and phenomena and their associated predictability. The ability to provide lead time and develop early warning systems has proven to have tremendous beneﬁts to society. 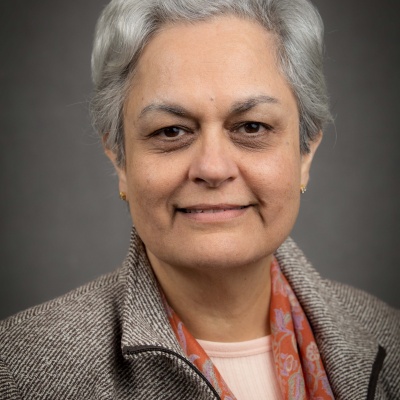 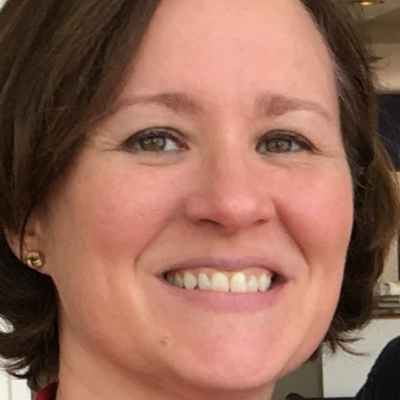