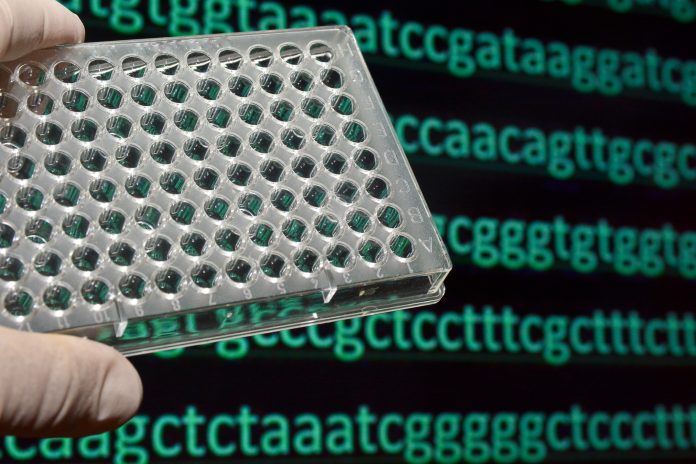 The new study, published in the British Medical Journal, provides potential solutions to families with no diagnosis, endorsing plans for establishing national diagnostic programme in the UK, based on whole genome sequencing (WGS) to make more diagnoses faster.

Providing huge opportunities for future research, this increase of disorder diagnoses vastly compares with current genetic testing regimes, which fail to diagnose around 40% of patients.

Previous studies which have been based on small, selective trials of people have suggested that WGS can identify mitochondrial disorders. The NHS is currently the first national healthcare system to recognise its effectiveness.

Affecting around 1 in 4300 people, mitochondrial disorders are amongst the most common inherited diseases. However, they remain difficult to diagnose, as they can affect many different organs and resemble many other conditions.

The study, led by researchers from the MRC Mitochondrial Biology Unit and Departments of Clinical Neuroscience and Medical Genetics at the University of Cambridge, involved 319 families with suspected mitochondrial disease recruited through the 100,000 Genomes Project.

The Genomes Project was set up to introduce genomic testing to the NHS, aiming to discover new disease genes and make genetic diagnosis more available to patients.

These participants were living with a range of conditions including developmental disorders with intellectual disability, severe epileptic conditions and metabolic disorders, as well as heart and neurological diseases.

Involving 345 participants, from ages 0 to 92 with a median age of 25 years, the trials had the participants’ whole genome sequenced. The analyses found that they could make a definite or probable genetic diagnosis for 98 families, which is 31%. As compared to standard tests, which are often more invasive, failed to reach these diagnoses.

The researchers acquired six possible diagnoses, 2% of the 98 families, and a total of 95 different genes were implicated. Nevertheless, 62.5% of the diagnoses were non-mitochondrial disorders, with some having specific treatments.

The researchers made 37.5% of their diagnoses in genes known to cause mitochondrial disease. These diagnoses were almost entirely unique to a particular participant family, displaying the genetic diversity found in these disorders.

Professor Patrick Chinnery from the MRC Mitochondrial Biology Unit and the Department of Clinical Neurosciences at the University of Cambridge, said: “We recommend that whole genome sequencing should be offered early and before invasive tests such as a muscle biopsy.

“All that patients would need to do is have a blood test, meaning that this could be offered across the whole country in an equitable way. People wouldn’t need to travel long distances to multiple appointments, and they would get their diagnosis much faster.”

Dr Katherine Schon from the MRC Mitochondrial Biology Unit and the Departments of Clinical Neuroscience and Medical Genetics, added: “A definitive genetic diagnosis can really help patients and their families, giving them access to tailored information about prognosis and treatment, genetic counselling and reproductive options including preimplantation genetic diagnosis or prenatal diagnosis.”

Professor Chinnery stated: “These patients were referred because of a suspected mitochondrial disease and the conventional diagnostic tests are specifically for mitochondrial diseases. Unless you consider these other possibilities, you won’t diagnose them. Whole genome sequencing isn’t restricted by that bias.”

An impairment of mitochondrial function generally affects tissues with high energy demand such as the brain, the peripheral nerves, the eye, the heart, and the peripheral muscles.

The study therefore offers a valuable new resource for the detection of future mitochondrial disease genes. A small number of newly diagnosed participants from the study are already receiving treatments as a result.

Professor Chinnery said: “Diagnostic services are fragmented and unevenly distributed across the UK, and that creates major challenges for people with rare diseases and their families. By delivering a national programme based on this genome-wide approach, you can offer the same level of service to everyone.

Dr Schon added: “If we can create a national platform of families with rare diseases, we can give them the opportunity to engage in clinical trials so we can get definitive evidence that new treatments work.”

It also demonstrates that rapid trio whole genome sequencing should be offered to all acutely unwell individuals with suspected mitochondrial disorders, so that results can help establish better clinical guidance. Currently in the UK, this is only at the NHS available for acutely unwell children.

Dr Ellen Thomas, Clinical Director and Director of Quality at Genomics England, said: “We are very pleased to see significant research like this being enabled by data generously donated by participants of the 100,000 Genomes Project.

“It is clear from these results how their contributions to a rich and, importantly, secure dataset is critical in facilitating the genomic research that leads to insights like these that then have the potential to return value to the NHS and their patients.

“We look forward to seeing how these findings could support future care for patients with suspected mitochondrial disorders.”