As we head towards the end of 2015, Europe will come together next month at a crucial meeting in Paris, with the aim to achieve a legally binding and universal agreement on climate change. This will be the first time in over 20 years of UN negotiations that this will happen.

COP21, also known as the 2015 Paris Climate Conference, is crucial in the fight to reduce global warming. As we eagerly await the outcome of COP21, which is held from 30 November – 11 December, the November edition of AG highlights some areas that could be considered integral to that mission of reducing global warming by 2 degrees Celsius.

For example, an article by Dr Johnathan Cobb at the World Nuclear Association asks the question: Is nuclear energy the answer to climate change? Judith Shapiro of the Carbon Capture and Storage Association also outlines how CCS can help Europe in the fight. Our environment section also features key editorial from Karmenu Vella, Commissioner for the Environment, and the International Arctic Research Centre on how the Arctic impacts on climate change.

We kick off the November edition with a foreword from the new President of the European Economic and Social Committee (EESC), George Dassis. In his introduction, he details key challenges heading into 2016, and the importance of political, social and economic cohesion throughout the EU.

In this final edition for 2015, we also focus our attention on key health challenges. Our cancer research focus shines a light on the importance of key research to develop treatment and new drugs in the fight against cancer.

The focus takes a look at a number of different areas including paediatric oncology and gynaecological oncology. Key articles within the section include a piece from Professor Giles Vassal at the European Society for Paediatric Oncology and a piece from the European Organisation for Research for Treatment of Cancer.

We also give thought to educational standards; CBRN; infectious diseases; sexual health; obesity; and fraud within healthcare, in this winter edition. As always we hope you find the articles informative and useful, and welcome any feedback you may have. 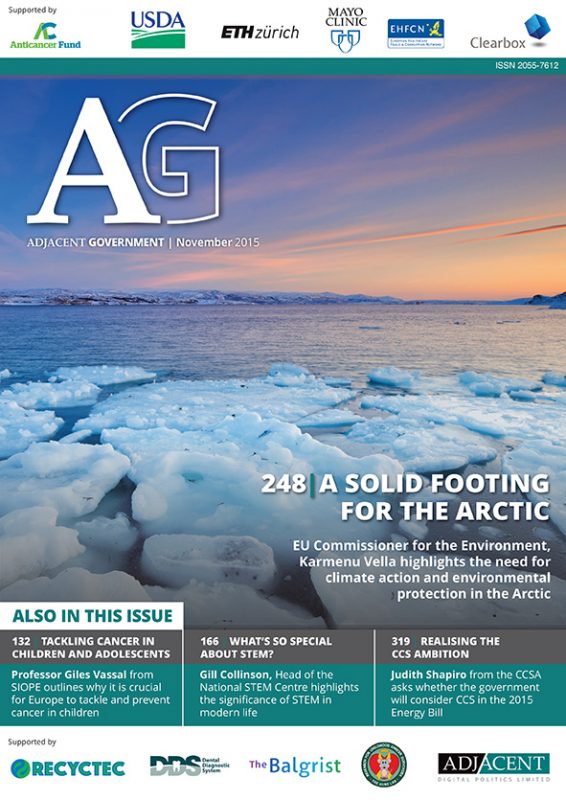