The coming months could prove to be very important for the UK. In June voters will be heading to the polls to decide whether they want the country to remain as part of the European Union. If the result is a Brexit, this could prove tricky for a number of areas, including science and research. A great deal of funding for UK research comes through the European Commission’s Horizon 2020 programme.

In the May edition of AG, we look at both sides of the argument. Standing on opposite ends of the debate, MEP’s Vicky Ford and Andrew Lewer put across their thoughts on the Referendum and how they feel people should vote.

Elsewhere in the publication, we shine the light on Canada. In a special focus, we highlight science and healthcare in the country with a number of editorial pieces. A feature by Yves Joanette at the Canadian Institutes of Health Research – Institute of Aging focuses on brain health and the differences between men and women. We also highlight key priorities from the Minister for Health, Jane Philpott, and Kirsty Duncan, Minister of Science. The environment section sheds further light on the circular economy and what more Europe can be doing to make this a reality. Karmenu Vella opens the section detailing why Europe needs a positive vision for economic development – in short, a circular economy. Other articles that highlight this include a piece by the European Environment Agency, and MEP Sirpa Pietikäinen.

We also feature impressive articles from German Federal Minister for the Environment Barbara Hendricks; Norwegian Minister for Fisheries Per Sanberg, and Norwegian Minister for Climate and the Environment Vidar Helgesen. Each minister details environmental and climate policy for their respective countries. As always the health section has an array of features, including a piece from Richard Bergstrom, Director General at the European Federation of Pharmaceutical Industries Association, on the importance of collaborative efforts to tackle the global problem of antimicrobial resistance (AMR).

Other areas of focus in this edition include: cancer prevention; the Zika virus; STEM investment in Ireland; education exchange programmes; and The Norwegian Climate and Forest Initiative. As always, we hope you find the articles featured informative and useful, and welcome any feedback you may have. 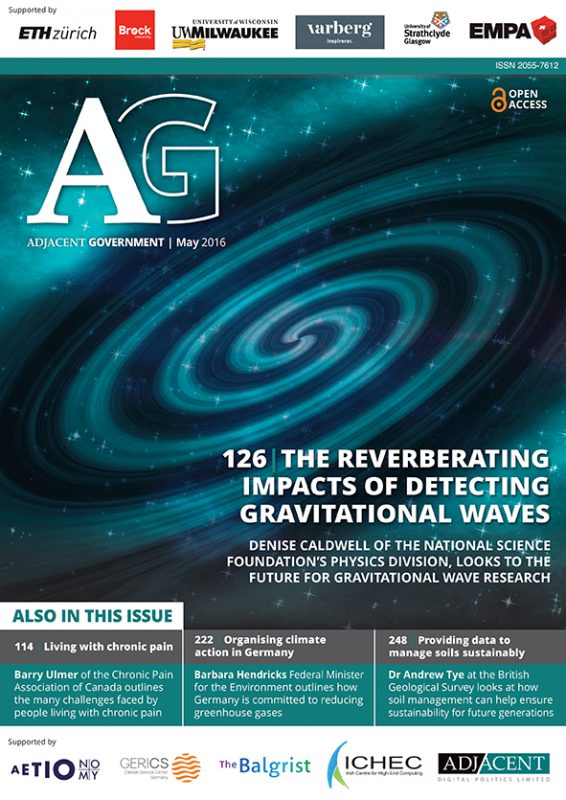