Dr. Udit completed undergraduate studies at the University of Toronto, and earned his Ph.D. at the California Institute of Technology in 2005 with a focus on biocatalysis. He then worked as a Howard Hughes Medical Institute teaching-research fellow at Occidental College in Los Angeles, a research-intensive primarily undergraduate institution. This was followed by two years at The Scripps Research Institute under a Canadian Institutes of Health Research fellowship where he studied bioconjugation methods.

He returned to Occidental in 2008, where he is now an Associate Professor of Chemistry. Dr. Udit has received several prestigious awards; the National Science Foundation, the Henry Luce Foundation, the American Heart Association, the Research Corporation, and the Camille and Henry Dreyfus Foundation have funded his work.

His research at the intersection of chemistry and biology has led to many publications, a patent, and numerous conference presentations. His education and outreach efforts have been extensive – he has developed undergraduate courses, published several articles in newspapers, and acted as a research mentor for almost 100 undergraduates. 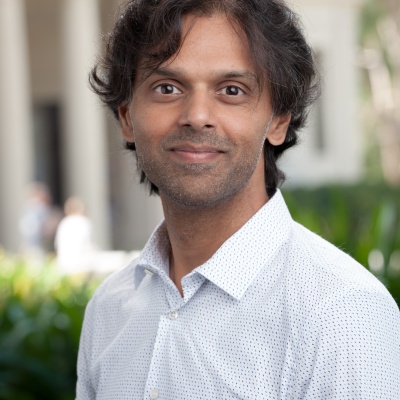