Dr Anantha Duraiappah took the position as inaugural Director of the UNESCO Mahatma Gandhi Institute of Education for Peace and Sustainable Development (MGIEP) based in New Delhi, India in 2014

A science-policy pacesetter, with over 34 years’ experience, Anantha plays a key role in positioning UNESCO MGIEP as a leading global research institute on education for peace, sustainable development and global citizenship. In working towards making education inclusive, immersive and interactive across formal, non-formal and informal systems, Anantha is driven by his own personal experience as the father of a dyslexic child and someone who himself didn’t start talking until he was six years old.

Anantha received his PhD in economics, specialising in mathematical and computational modelling from the University of Texas in Austin, USA. He has authored numerous peer-reviewed books and journal articles and presently sits on the editorial boards of a number of international peer-reviewed journals. He is a Fellow of the World Academy of Arts and Sciences (WAAS), a Fellow of The World Academy of Sciences (TWAS) and a visiting Professor at the University Of Tokyo, Japan.

In his current role at UNESCO MGIEP, Anantha has played a key role in building multidisciplinary teams and positioning the Institute as a science-based research centre for building social & emotional learning for Education 2030. He initiated the design and implementation of a unique social and emotional learning based curricula on Global Citizenship across 10 countries, on MGIEP’s indigenously developed artificial intelligence-powered learning platform, FramerSpace. Anantha was also instrumental in establishing a Knowledge Partnership with the State Government of Andhra Pradesh, India, which through a legislative act notified the allocation of 100 acres of land and 37 million USD seed-funding for the creation of the Intelligent Global Hub for Digital Pedagogies – an innovative education technology ecosystem.

Further, he institutionalised the Transforming Education Conference of Humanity (TECH) – now in its third edition – as the first conference on digital pedagogies for building peaceful and sustainable societies – attended by over 1,700 delegates from over 70 countries in its first year. The youth network set up under his guidance as the inaugural Director of the Institute has been recognised by UNESCO’s Global Action Plan on Education for Sustainable Development (GAP) as a flagship global youth network, impacting over 15,000 youth around the world.

In his previous post at the United Nations Environmental Programme (UNEP), he initiated and played a pivotal role in the establishment of the Intergovernmental Science-Policy Platform on Biodiversity and Ecosystem Services (IPBES). He was the Co-Chair of the Biodiversity Synthesis Group of the Millennium Ecosystem Assessment and founding director of the Inclusive Wealth Report released at the Rio+20 Summit in 2012.

Dr Duraiappah continues to focus on strengthening the science-policy guide in Education by researching and furthering the Institute’s work on how the neurosciences of learning can contribute to developing emotional & intellectual intelligence in learners, through innovative digital pedagogies. 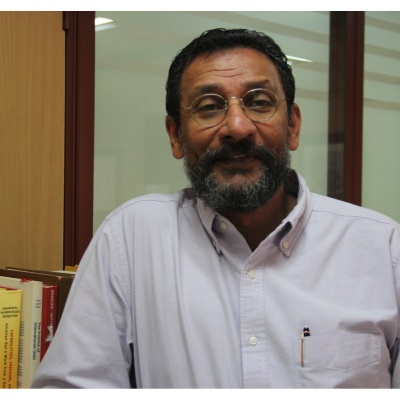