Dr Rashid Javanshir is a Corresponding member of the Azerbaijan National Academy of Sciences (NAS), who was one of the firsts in the former Soviet Union to establish cooperation with western geoscientists

In 1988 he became the Scientific Director of NAS’s Institute of Deep Oil and Gas, where he negotiated research agreements with companies in Canada, US, and the UK.  He published over 200 books and papers, 35 of which jointly with Dr Hatam Guliyev. Dr Javanshir served as Regional Editor in Energy Sources (USA) and Member of Editorial Board in Journal of Petroleum Science and Engineering (Netherlands).

Dr Javanshir has developed innovative world-class analyses of the lateral fluid flow in the compacted sand – shale sequence (jointly with Professor Bredehoeft, 1988), which is considered classic, and has been fully validated based on the data obtained after 25 years of multimillion industry investments.

Since 1995, Dr Javanshir has occupied senior leadership positions in BP, including Business Unit Leader of Southern North Sea Operations in 2003-2006, Regional President for Azerbaijan – Georgia – Turkey in 2009 – 2012, followed by Senior Vice President for Strategy and Integration in 2012 – 2015.

Dr Javanshir is currently acting as International Coordinator for the joint scientific programme between Oxford University and Azerbaijan NAS. The President of Azerbaijan has awarded Dr Javanshir with the Order Of Glory. 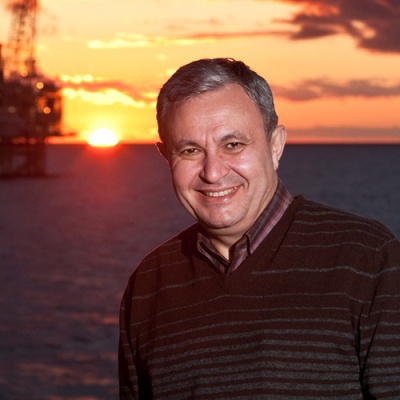