Franck was co-founder of OGT, an Irish company developing novel seaweed extracts and joined the company as a full time Technical Director in 2008. OGT was acquired by the Spanish company Tradecorp International in June 2014 where he became global seaweed project manager for the whole group. 2016, Franck and his colleagues turned over a spin-off company into ALGAIA, a company producing seaweed extracts and specialised in providing consultancy, analyses and bioactivity tests for the valorisation of algae in many sectors of activities. Franck is also share-holder of a French consulting company called SEANEO specialised in management of aquaculture, artificial reefs and Marine Protected Areas.

Franck Hennequart took over the coordination of the SpiralG project (www.spiralg.eu) at the departure of Jean-Paul Cadoret from GREENSEA S.A (2020), who was the initial founder and coordinator of the project at its beginning. 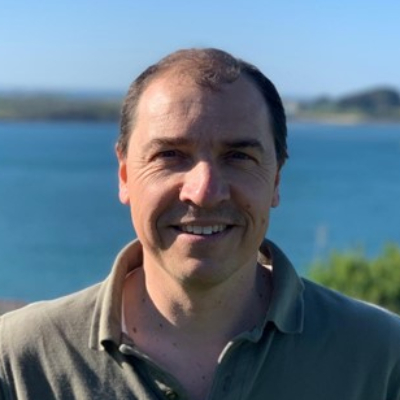