Philippe Amouyel, MD, PhD, is Professor of Epidemiology and Public Health at the University Hospital of Lille, France

He heads a large academic research unit working on public health and the molecular epidemiology of aging diseases. A part of his research is focused on the study of determinants, mainly genetic, of neurodegenerative diseases associated with cognitive decline and of Alzheimer’s disease in particular. He develops large epidemiological studies to attempt to decode susceptibility to ageing diseases, using molecular techniques such as high-throughput genomics, transcriptomics, proteomics, and bioinformatics. This resulted in his discovery of 20 genetic loci predisposing to sporadic Alzheimer’s disease from a large European, genome-wide association study. This work was extended worldwide through a unique and major international collaboration, the IGAP (International Genomic Alzheimer Project). In 2012 he obtained an excellence laboratory from the government, named Distalz that brings together seven of the very best French research teams whose objective is the development of innovative strategies for a transdisciplinary approach to Alzheimer’s disease. He published more than 600 original articles and reviews in international journals.

From 2002 to 2011, Professor Amouyel also headed the Institut Pasteur de Lille, a private foundation dedicated to the improvement of the health of man and of his environment. Since 2008, he has been the General Director of the National Foundation for Scientific Cooperation on Alzheimer’s disease and related disorders (Fondation Alzheimer), a private non-profit foundation dedicated to supporting innovative, cutting-edge research that will lead to improved prevention, diagnosis, treatment, and patient care for Alzheimer’s disease and related disorders.

Professor Amouyel also chairs the EU Joint Programme on Neurodegenerative Diseases research (JPND), a global initiative aimed at tackling the challenge of neurodegenerative diseases, in particular Alzheimer’s disease. JPND is the pilot programme of the joint programming approach to research collaboration in Europe, bringing countries together to address challenges that are beyond the scope of any single nation. 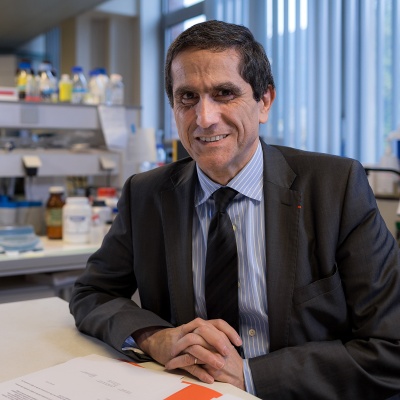