Prof. Dr.-Ing. habil. Michael Kauffeld, born in 1962, studied mechanical engineering at the University of Hannover, Germany and at the Catholic University of America, Washington, D.C

He holds a Master degree and Doctorate in mechanical engineering from the University of Hannover. Since 1986, he has worked with a variety of development projects within the field of refrigeration. First at the National Institute of Standards and Technology (NIST), USA, where he investigated energy savings through the use of zeotropic refrigerant mixtures in air conditioners and heat pumps. Then at the University of Hannover, Germany, where he continued to work with refrigerant mixtures and in addition studied the use of air as refrigerant.

From 1992 to 1994, he was responsible for various heat exchanger development projects at a Norwegian aluminium manufacturer. He joined the Danish Technological Institute (DTI) in 1994, where he worked as project manager. Most of his work at DTI has focused on natural working fluids, such as air, water, ammonia, carbon dioxide, hydrocarbons and ice slurry.  For 4 years, he acted as leader of the Ice Slurry Center, which joined the forces of fifteen companies, a university institute and the Danish Technological Institute in order to investigate the potentials of ice slurry in refrigeration systems. Since 1 September 2002, he has been professor for refrigeration at the Karlsruhe University of Applied Sciences, where he continuous his research with natural refrigerants, mini channel heat exchangers and ice slurry. Most of his over 30 research projects at Karlsruhe University of Applied Sciences were in close cooperation with small and medium sized companies.

Since 1997, he serves on the UNEP Refrigeration, Air Conditioning and Heat Pumps Technical Options Committee and served on the UNEP TEAP Task Force on Global Warming. He is past-president of the IIR Ice Slurry Working Group (now Phase Change Materials Working Group), was president of commission B2 of the International Institute of Refrigeration (IIR) and is vice president of the IIR working group for young talents “CaRe – Career in Refrigeration”. Michael Kauffeld has written more than 100 scientific publications and filed several patents. 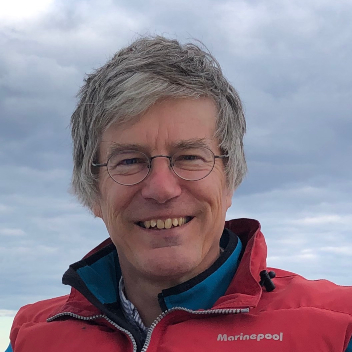