Her research activities focus on cardio-metabolic diseases, thrombosis, atherosclerosis and ischemic heart disease. She has published over 590 articles in highly qualified scientific journals with her work highly quoted in the scientific literature (Citations: 49.969; h‐index 79). She has written more of 250 reviews and book chapters

She is Member of Editorial Boards of various international scientific journals. Previous appointments include: Fellow in Cardiovascular Diseases at The Mayo Clinic, Rochester, MN, USA (1981‐1983); Director of the Cardiology Basic Research Laboratory of the Division of Cardiology at the Mount Sinai Medical Center, New York, NY (1983‐1991); Assistant Professor of Medicine (1983‐1987) and Associate Professor of Medicine (1988‐1991) at the Mount Sinai School of Medicine, NY; Lecturer in Medicine at Harvard Medical School, Boston (1991‐1994); Consultant at the Cardiac Unit, at the Massachusetts General Hospital, Boston (1991‐1994)

Positions of Trust: Vice-President for Scientific Affairs of European Society of Cardiology (2016-2018), Vice‐President of the Spanish Society of Cardiology (2013‐2015); Chairman of the Council on Basic Cardiovascular Science (2014‐2016) and Chairman of the Working Group on Microcirculation (2012‐2014) of the ESC; Past‐President of the European Society for Clinical Investigation (2000‐2002) and Past‐President of the Spanish Society of Atherosclerosis (1996‐2000); Member of the National Academy of Medicine and of the National Academy of Pharmacy of Catalonia and Spain.

Honorary Appointments: Fellow of the Cardiovascular Science Council and Fellow of the Atherosclerosis, Thrombosis and Vascular Biology Council of the American Heart Association; Fellow of the European Society of Cardiology; Distinguished Fellow of the International Atherosclerosis Society; Honorary Member of Spanish Society of Hypertension, of the Romanian Society of Hypertension, of Hungarian Society of Cardiology, of “Sociedad Peruana de Cardiologia” and Spanish Society of Arteriosclerosis. She has received the “Narcís Monturiol” (1993) and “Creu de Sant Jordi” (2004) Medals from Generalitat de Catalunya; the “Rey Jaime I” Award – Medical Research (2014) from Generalitat Valenciana and named Doctor Honoris Causa by the Carol Davila University of Medicine and Pharmacy, Romania (2015). 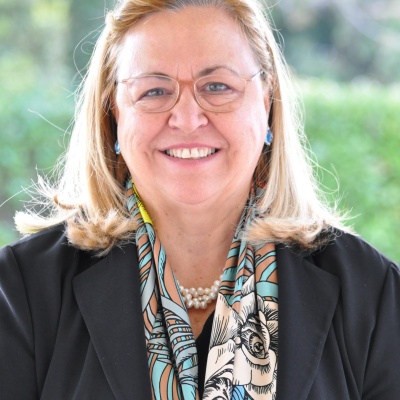