After graduating in Aeronautics & Astronautics from Southampton University, Rob began his career in 1992 with the Defence Research Agency at Farnborough

His early work involved modelling and analysis to improve the effectiveness of a wide range of aircraft, ships, communications and surveillance systems. From 1995, Rob led projects, teams and groups that shaped the design of the Queen Elizabeth class aircraft carrier and the F-35 Joint Strike Fighter, and directly influenced the UK Government’s decisions to invest billions of pounds in the UK’s future combat air capability.

From 2005, including secondments to MOD and the Pentagon, Rob led analysis that shaped defence strategy in the 2010 and 2015 Strategic Defence and Security Reviews, the 2011 Defence Reform Review; and the U.S. DOD’s 2010 Quadrennial Defense Review.

As a Dstl Consulting Senior Fellow and a Fellow of the Operational Research Society, Rob led an initiative for MOD’s Permanent Secretary from 2011 to improve the use of analysis and evidence across the MOD.

In 2015, Rob was appointed Dstl’s Division Head for Defence and Security Analysis and, in 2016, launched the Defence And Security Accelerator (DASA). 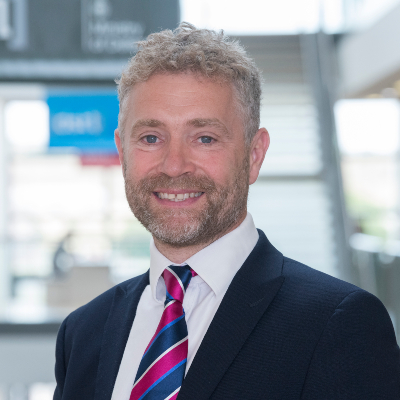