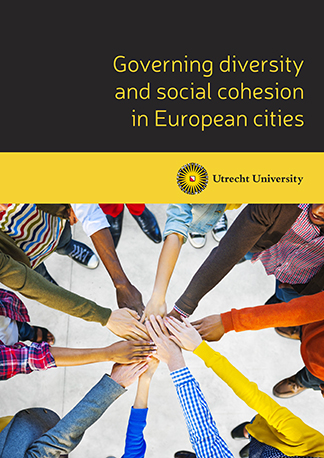 Diversity and social cohesion in European cities are the key focus of the DIVERCITIES project, as outlined by The Faculty of Geosciences at Utrecht University

Today, European cities are more diverse than ever before. Immigration, socio-economic inequalities, spatial segregation, a diversity of identities, activities, and lifestyles are all contributing factors. This hyper-diversity poses significant challenges for urban policymakers and institutions. On the one hand, there are positive discourses on urban diversity.

The European Union sees diversity as a driver for growth and social progress and many city authorities are inspired by Richard Florida’s work and see diversity as an asset in attracting the creative class. On the other hand, increasing diversity engenders fears among substantial parts of the population.

This eBook aims to give insight into how cities deal with the (hyper-) diversity of their population and what policies they execute to strengthen the social cohesion within the city. The eBook highlights the DIVERCITIES research project, coordinated by Utrecht University’s Faculty of Geosciences.

The aim of the project was to examine the ways in which European cities can benefit from diversity. The project was undertaken in 11 European cities: Antwerp, Athens, Budapest, Copenhagen, Leipzig, London, Milan, Paris, Rotterdam, Tallinn, and Warsaw, as well as 3 non-EU cities: Istanbul, Toronto and Zurich.

As we argue that diversification is a process that is not only related to immigration, we go one step further and will use the term hyper-diversity. With this term, we aim to make clear that we should not only look at diversity in ethnic, demographic and socio-economic terms but also look at the differences that exist with respect to lifestyles, attitudes and activities.

Research from the DIVERCITIES project shows that it appears to be difficult to find the right balance between the planning principles recognition and redistribution. Diversity is primarily used as symbolism, as a marketing strategy for cities, but there is insufficient attention to the issue of inequality.