Home eBooks Greening the inner city – How do we choose the best trees?
View eBook 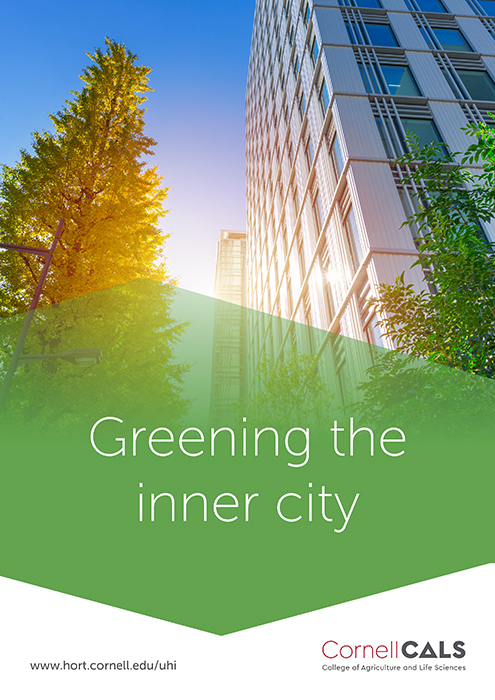 Nina Bassuk from the Urban Horticulture Institute, School of Integrative Plant Science Cornell University shares her thoughts on the value of green spaces in inner cities and how we should choose the best trees for this purpose

In essence, this analysis reveals that the world’s population is increasingly urban. Indeed, in the U.S. alone, 85% of the population dwell in urban areas and that trend is expected to continue. Choosing the best trees that will thrive in challenging sites is a key point the author underlines.

The author shares their concern about environmental stress that trees suffer from. For example, we learn that on a warm sunny day when the air temperature is 24°C, the surface temperature of the pavement or building walls can reflect 40-52°C temperatures. In addition, trees suffer from a lack of water and of course, the effects of climate change. Added to this, the most stressful urban condition for trees is the lack of accessible soil, the author explains.

This insightful analysis also includes an interesting section on roots, which tells us that where there is a large tree, there is a corresponding large, wide-spreading root system that supports that tree to supply both water and nutrients. Also, when roots grow under the pavement and increase in girth by radial growth, sidewalks can be raised causing tripping hazards, which creates conflict between trees and municipalities.

Another important area Dr Bassuk discusses concerns the development of a patented system known as CU-Structural Soil® or CU-Soil®. This is a precise mixture of soil and gravel that is specifically designed to go under sidewalks and pavement. Impressively, over a period of 20 years, this urban soil has been installed in around 2,000 locations in almost all of the U.S, as well as Canada, Puerto Rico, Ireland and the U.K.

I trust that you find this analysis useful and thought-provoking.