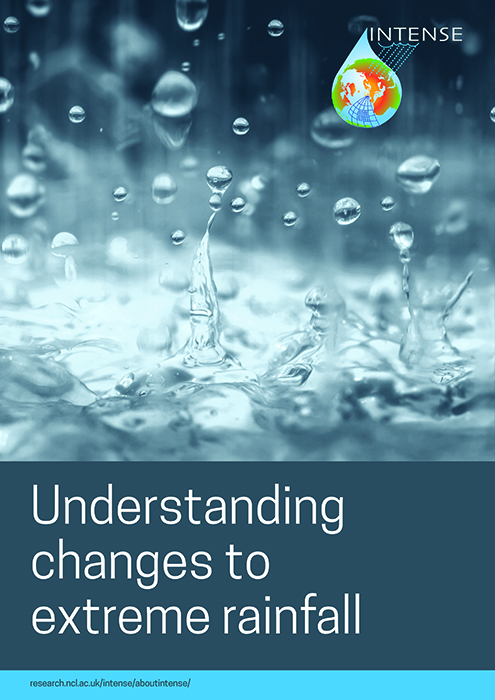 Extreme weather events, such as heavy rainfall that can lead to flash flooding are of growing concern. As greenhouse gas-induced global warming will also increase the level of moisture in the atmosphere, causing more heavy rainfall. Such devastating weather events not only causing concern for public safety but also put a significant strain on the economy.

This means that new research is integral to try and understand how changes in atmospheric moisture and circulation dynamics will combine to amplify or weaken regional increases in extreme rainfall events which could cause flash flooding.

The INTENSE (INTElligent use of climate models for adoption to non-stationary hydrological extremes) is a 5-year Project funded by the European Research Council. The project examines the sub-daily precipitation extremes, which enables substantial advances to be made in observing current and past changes. The project also aims to provide a physical understanding of processes relating to precipitation extremes necessary for improved regional prediction of change.

INTENSE is leading the global effort and is focusing on collecting gauge-based rainfall data only as it gives the most accurate representation of the amount of water reaching the ground. For the aims of the INTENSE Project, radar and merged rainfall measurements are limited in usefulness as they are yet to be fully validated by observations as no global sub-daily gauge data set exists.

For INTENSE they are using the data collected to produce a set of sub-daily extreme rainfall indices describing monthly maxima, frequencies over thresholds and the diurnal cycle, which will be made freely available to all users and will be very useful for understanding current patterns of extreme rainfall and for the validation of climate model outputs at sub-daily scales.

In this eBook, INTENSE outline their project further and detail trends in extreme rainfall and how climate modeling can be used to obtain projections of future impacts on society.