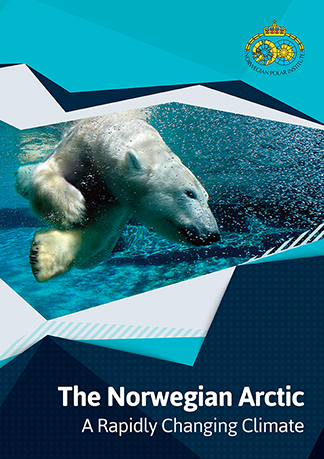 The Arctic is warming more rapidly than any other region on the planet. The northern Barents Region is a Norwegian Arctic hotspot that has changed 2-4 times faster than other parts of the Arctic during the last three decades. In order to track changes and mitigate against the negative effects climate change is having, scientific co-operation is essential. The physical changes from climate change are not only noticeable in the landscape of the Arctic, but also affect the wildlife that occupies the region.

The regime of the High North’s ecosystem is changing, with warmer waters from the south altering the balance in the sea. Sea ice is diminishing in extent and thickness, causing trouble for seals and polar bears, and allowing more heat from the sun to be absorbed by the ocean. As glaciers shrink, marine mammals and sea birds lose the upwelling of rich nutrients that occurs when glacier fronts drop chunks of ice into the water. These not only affect wildlife but could also threaten to eradicate villages and settlements.

The Norwegian Polar Institute (NPI) is a government agency which conducts scientific research and environmental monitoring in Arctic regions including the Norwegian Arctic, as well as Antarctica. Their research programmes are essential in order to help us understand environmental changes in the polar regions. Researchers spend most of their time in the field collecting data to help improve current climate models and provide a better understanding of future climate change.

The Institute also advises Norwegian authorities on matters concerning polar environmental management, and runs research stations in both the Arctic and Antarctic. The NPI outline how collaborations between nations with an interest in climate change and the Arctic is essential in order to give enhanced results with global benefits.

This ebook gives an overview of their work and how essential it is to continue to monitor environmental impacts in Arctic regions to help understand the constant changes coming about as a result of global warming.