A selection is given below:

Paul De Raeve, Secretary General and Elisabeth Adams, President of the European Federation of Nurses Associations (EFN) tell us why the European Pillar of Social Rights should help nurses to remain in the nursing profession

Professor Nam H. Cho, President of the International Diabetes Federation (IDF) shares his expert views on the rise of diabetes across the globe

The role of research in Canada for the future of ageing

Dr Yves Joanette, Scientific Director at the CIHR Institute of Aging explores how Canada’s
researchers are meeting the needs of an ageing population, now and in the future

Mathematics: A powerful tool for understanding the world

Dr Juan C. Meza, Division Director for the Division of Mathematical Sciences (DMS) at the National Science Foundation (NSF) reveals why mathematics is such a powerful tool for understanding the world around us

Eva Kaili, MEP, Rapporteur of the European Parliament of the Blockchain Resolution,
explains her thoughts on blockchain technology in the European Union today

In this opinion article, President of the BCS, The Chartered Institute for IT, Chris Rees reveals why he thinks that technology, including social media, must be ethical

The future of Europe: The Euro

Eva Maydell MEP, Group of the European People’s Party (Christian Democrats) shares her interesting views on the future of Europe, focussing on its most symbolic element, the Euro

The importance of protecting the UK’s environment post-Brexit

Keith Taylor MEP, Green Party Member from the European Parliament for the South East region, shares with us his thoughts on the importance of protecting the UK’s environment post-Brexit, including air pollution

Sweden’s Minister for Policy Coordination and Energy, Ibrahim Baylan talks to us about his
government’s priorities for developing the sustainable energy solutions of tomorrow 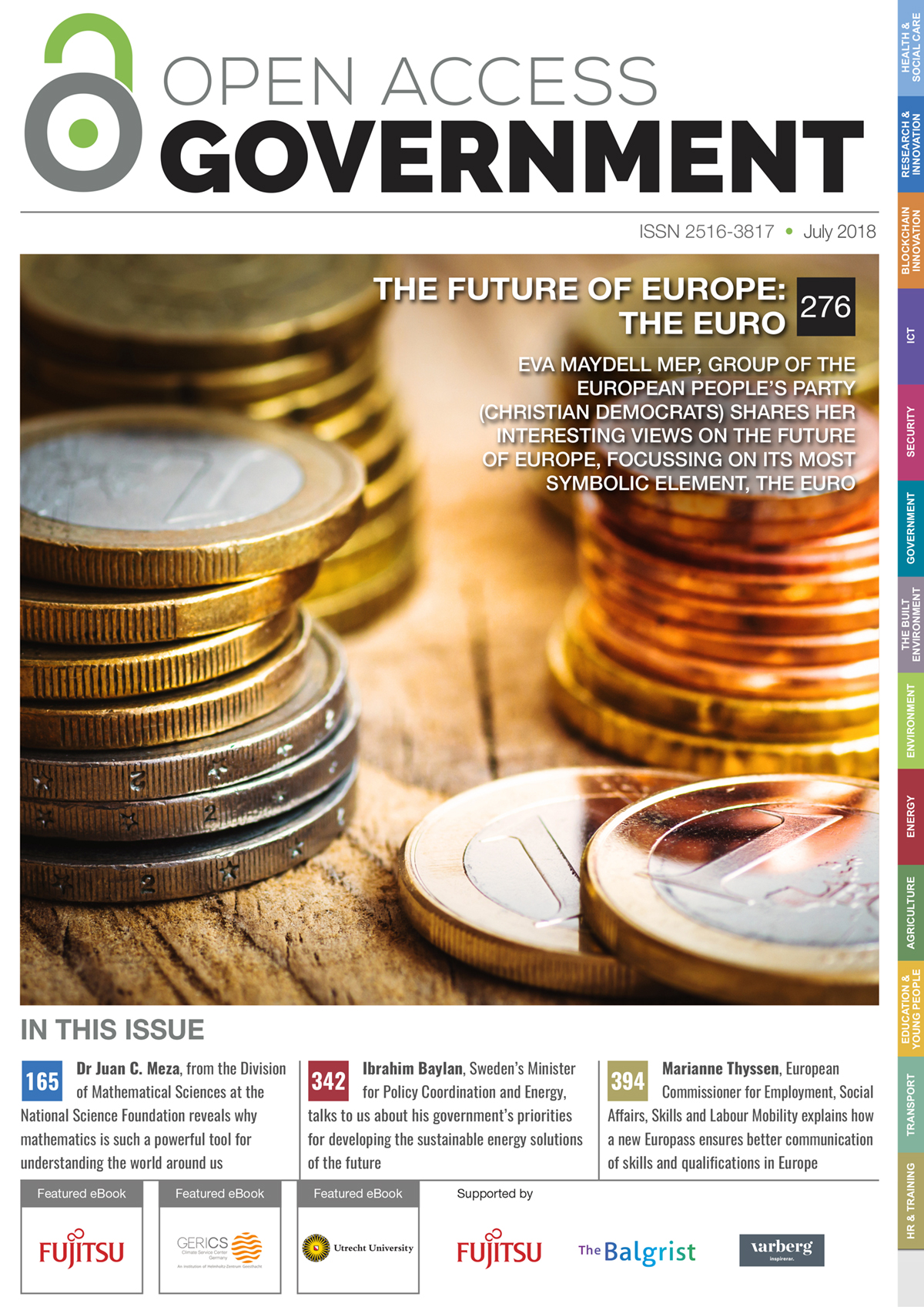