Home eBooks Plus Ultra: What’s this got to do with modern education?
View eBook 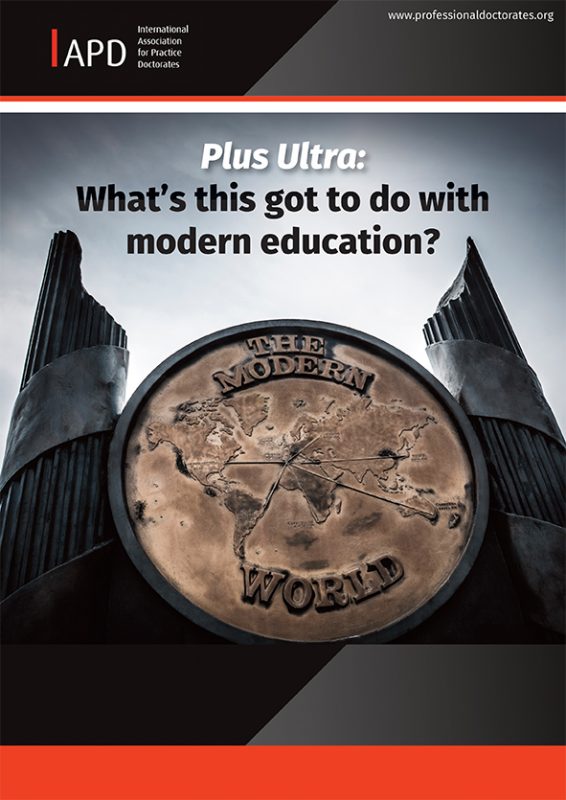 Over the last few months my articles presented on the AG website have been variously concerned with the complex relationship of practice, research and education. Here I wish to concentrate upon education. In reading a multiplicity of historical accounts of it one cannot help but be struck by just how easy it has become to be blinded by the possibility that as a form of educere, education is somehow, variously and egregiously opening radically new space; imprisoned within the rhetoric of education that always appears to hold the possibility of leading us out into profound new understandings of the world. It is striking, too, just how difficult it is to find substantive understandings of what may be signified by the use of the term ‘human being’, referring to the practices of the individual/collective body of humanity that is supposedly becoming more educated in some way.

What is given in the name of education

Indeed, in economic terms almost all formal understandings of what is given in the name of practices of education are constituted within particular ethical, and in some cases, aesthetic, framings of just how practices should fit together in order to give them meaning. In this context along with the purpose of developing the argument that follows, of particular salience is the equipment used in order to carry out such a task – namely the signs used in this opening paragraph – it is assumed that each of the signifiers used has a metaphysical connection with things, entities, events… in the world of practice. But surely even the most cursory examination of the history [however this term may be understood] of practices around the globe over any specified period of time cannot fail to uncover that people everywhere are working in so many different ways to overcome their own perceptions of the delimitations constituted by any such metaphysical determinations of the world. Moreover, in the spirit of being ‘deconstructive’, as Gert J.J. Biesta [2013] has suggested, in his thoughtprovoking exploration of The Beautiful Risk of Education, which makes plain the distinction between the gathering force of the ‘ is’, with its power to lock everything into the present, and the ethical/economic event of practices of education, one is also struck by the absence of any consideration given to the space produced by either such ontology or the life unfolding in any such event.