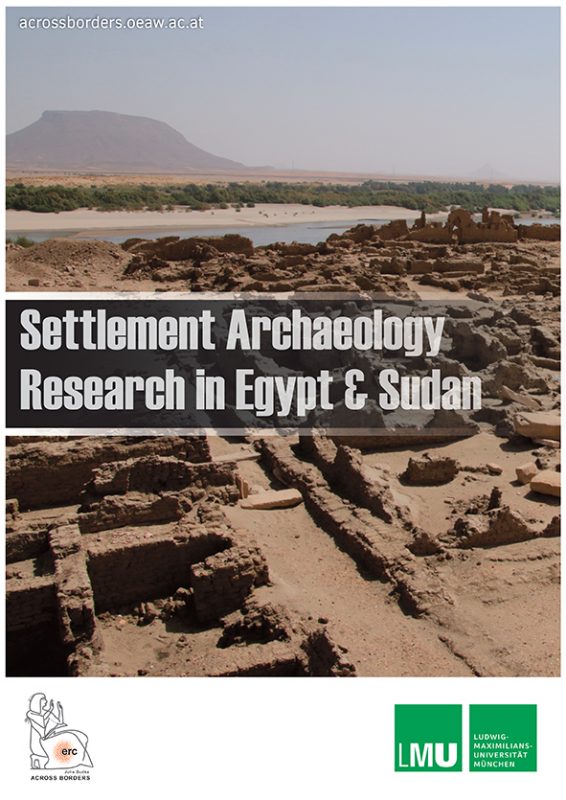 Ancient settlements and urban sites offer the keys to more direct understanding of cultures, but they are very challenging in exploration. The ERC Across-Borders project accepts this challenge and focuses on settlement patterns in Egypt and Sudan in the 2nd Millennium BC. Although much progress has been made in recent years, further research addressing general aspects of living conditions and the specific coexistence of Egyptians and Nubians is required.

Egypt and Nubia (modern Northern Sudan) are situated across ancient and modern borders and have diverse environmental and cultural preconditions, with a long history of changing interactions and influences. The architecture and structure of Egyptian towns established in Upper Nubia during the New Kingdom (c. 1539-1077 BCE) are almost unknown as is the case for the social stratification and material culture of these sites. The settlements in Nubia have rich potential not only because of their excellent state of preservation, but especially because Egyptian culture abroad was confronted with a local Nubian tradition. Current topics like integration and acculturation can be tackled with this ancient example – how did the local Nubians react to foreign influences and how did the Egyptians present themselves outside of Egypt?

Sai Island, the prime example for settlement policy of New Kingdom Egypt in Upper Nubia, is the focus of AcrossBorders. The main hypothesis currently being tested is whether the settlement on Sai Island can be evaluated as an Egyptian microcosm, despite its location outside of Egypt and its specific topographical, environmental and cultural situation. In order to do so, a detailed comparison with two major settlement sites of the 18th Dynasty located in Egypt proper is being undertaken: AcrossBorders also explores the material culture and architectural remains from Abydos and Elephantine to provide direct comparisons for Sai.

Fieldwork in the New Kingdom fortified town of Sai has been conducted by AcrossBorders since 2013. New excavation areas were opened within the town and added important data concerning daily activities, the general layout and growth of the town. Based on the fresh data from AcrossBorders’ excavations, the state of knowledge regarding the evolution of the Pharaonic town on Sai Island and its role in the urban landscape of New Kingdom Nubia has much improved. With new archaeological and textual evidence from Sai, three major phases of the town were reconstructed and are relevant to the broader context, allowing a better understanding of the relations of Upper Nubia with Egypt during the New Kingdom. The AcrossBorders project is still ongoing and will provide more data for reconstructing aspects of the urban landscape and settlement patterns in Ancient Egypt & Sudan in the near future.