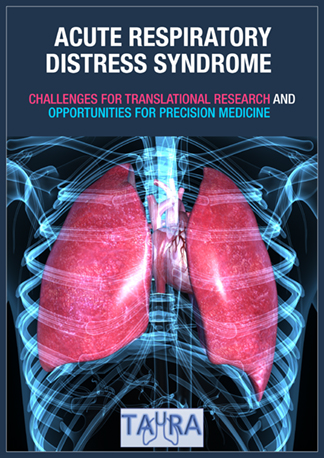 Acute respiratory distress syndrome (ARDS) was first described as a clinical syndrome by David Ashbaugh, Thomas Petty and co-authors in 1967. The next 20 years of ARDS research focused primarily on pathophysiology and pathogenesis, including both animal and human studies. Several refinements of the definition of ARDS were published including the 4 -point acute lung injury score in 1988, the American European Consensus definition in 1994, and the latest Berlin definition of ARDS in 2012.

Fifty years after its first clinical description, and despite intense research, the identification of an effective ARDS therapy has failed to date. In 2003, it was already suggested by a National Heart, Lung, and Blood Institute working group of future directions for research into acute lung injury that an improved understanding of disease heterogeneity, through the use of biological approaches to translational models, would provide major new insight into the pathogenesis and resolution of ARDS.

Precision (or personalised) medicine, i.e. the concept that everyone has a unique response to disease susceptibility and drug metabolism, is far from being a revolutionary concept. Because of a growing body of literature now supports the identification of various forms of ARDS with potential differences regarding their management, response to therapeutic interventions or prognosis, the next step will be to implement and evaluate the concept of precision medicine to inform therapeutic approach and tailor treatment and prevention strategies to individual patients with ARDS.

What steps are needed to move precision medicine for ARDS closer reality? Steps include a deeper understanding of the clinical and biological heterogeneity within the syndrome, improvements in the translation of basic research findings into clinical practice, and investment in the development of point-of-care tests. This eBook outlines further information with regards to acute respiratory distress syndrome and the need for precision medicine.