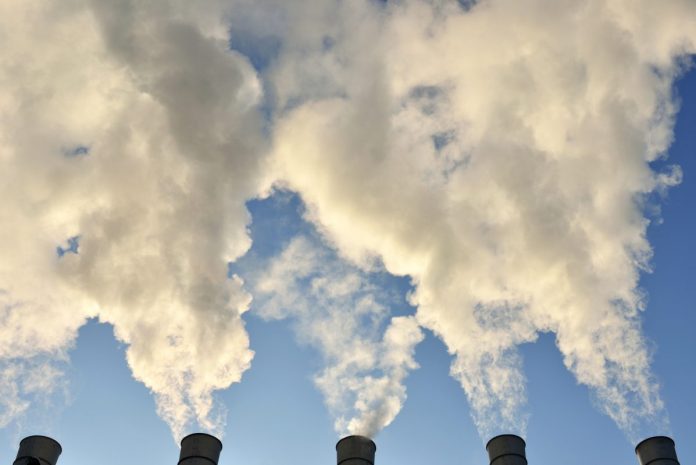 Looking at air pollution in Europe from a surface level, it gives us an impression that air quality standards have been significantly improving over the past decades and have reached safe levels that are acceptable. There are however 2 angles to this when we dig deep. Air quality data show that emission of air pollutants did decline substantially over the past 10 years. However, the real question remains, is it safe enough? The simple answer to this question is No. Studies from European Environment Agency (EEA) show that several countries in Europe still exceed one or more of their emission limits, especially in the 3 major pollutant categories which are known to significantly affect human health – particulate matter (PM), nitrogen dioxide and ground level ozone. Data collected from official monitoring stations across Europe indicate that for certain pollutants, over 95% of the population living in cities are still exposed to unsafe levels.

The intensity of air pollution across Europe varies depending on the type of pollutants and their emission levels. Key sources of air pollution causing the most damage in Europe are industry and transportation. Other important sources also include agriculture, waste management and households. Currently the most serious air pollutant in Europe is particulate matter (PM10/2.5), which is a mixture of solid and liquid particles suspended in the air which has both physical and chemical characteristics. Sulfates, nitrates, ammonium and other inorganic ions include some of the common chemical constituents of PM. Vast majority of air pollution-caused premature deaths in Europe during the recent years were caused by long term exposure to PM. Studies by EEA also reveal that short episodes of exposure to high levels of ground level ozone also caused a significant number of deaths in the same period. There are 2 sources of PM, man-made (anthropogenic), where the sources are transportation, energy production in industries and house hold, other industrial activities etc. Whereas, the non-anthropogenic PM is formed as a result of atmospheric transformation of gaseous pollutants, (such as nitrogen oxides).

On a positive note, most pollutants including PM and ozone have slightly declined over the past 10 years. However, the concern remains on a few pollutants that have not been declining at an anticipated rate. Nitrogen dioxide (NO2) is one of the prime examples, the reason being its primary source – motor vehicle emissions. The other example is benzo pyrene (BaP), which saw the most increase among all pollutants over the past decade, increasing by over a fifth between 2003 and 2013; exposing nearly 9 out of 10 people living in urban areas in 2012 at levels above WHO reference.

Health and environmental costs incurred by economies due to air pollution and greenhouse gases in 2012 is estimated to be between €59 and €189 bn. The same during the period 2008 – 2012 was estimated to be between €329bn up to €1,053bn. The good news is, the damage costs have been declining year-on-year during this period. This is because of the lower emissions by industries, driven by legislations, improving plant efficiencies, and a decline in industrial activity due to the economic slowdown across Europe. A staggering 96% of these costs were caused by industries (energy 67%, production process 17%, and manufacturing combustion 12%). More interestingly, 50% of the total damage costs were a result of emission caused by 1% of the total industries. Germany was the biggest contributor for costs, accounting for €38.2bn, followed by the UK with €25.9bn. Poland, France and Italy took the next 3 spots in the table with €24.8, €14.3 and €13.8bn respectively. Among the 30 most damaging industrial facilities in Europe, 8 were located in Germany, 6 in Poland, 4 in Romania, and 3 in Bulgaria. Comparing the relative air pollution damage caused by countries to their national economic output, the worst offenders are Bulgaria, Romania, Estonia and Poland.

Control strategies for air pollution can be looked at from 2 perspectives; one is particulate control which includes fairly common technologies such as cyclones, electrostatic precipitators, air filters, and wet/dry scrubbers. The other is control methods for gasses, like adsorption towers and catalytic combustion. There has been some technological advancement in the control of air pollution on a pollutant level. For instance in SO2 control, there have been developments in the flue gas desulfurisation processes, resulting in higher control. Similarly in NO2 control, there have been advancements in the selective non-catalytic reduction (SNCR) technology (employing advanced combustion modification techniques), boosting the ability to reduce NO2 levels to 80% compared to 50% – 70% levels achieved by the conventional systems. Apart from this, there have also been significant strides in terms of technological advancements in the indoor air quality (AIQ). The EU funded “IAQSENSE” project is a great example of this. It is an ongoing project (2013 – 2016) that aims to develop new nanotechnology based sensor systems to monitor the composition of IAQ. The project is based on 3 patented technologies, including “Surface Ion Mobility Dynamics” and “Biomolecule Detection”.

Given that these advancements and legislations are implemented effectively, there is a high probability for average air pollution to significantly decline over the next decade. On the other hand, in practical terms, studies and reports by EEA suggest that exposure of PM exceeding EU standards will still be significant on a large portion of the European population by 2030. Especially in South Poland, Czech Republic, Slovakia, Northern Italy, and Bulgaria.