Home eBooks ALACI22 Immunology in Latin America and the Caribbean and the IUIS Global...
View eBook 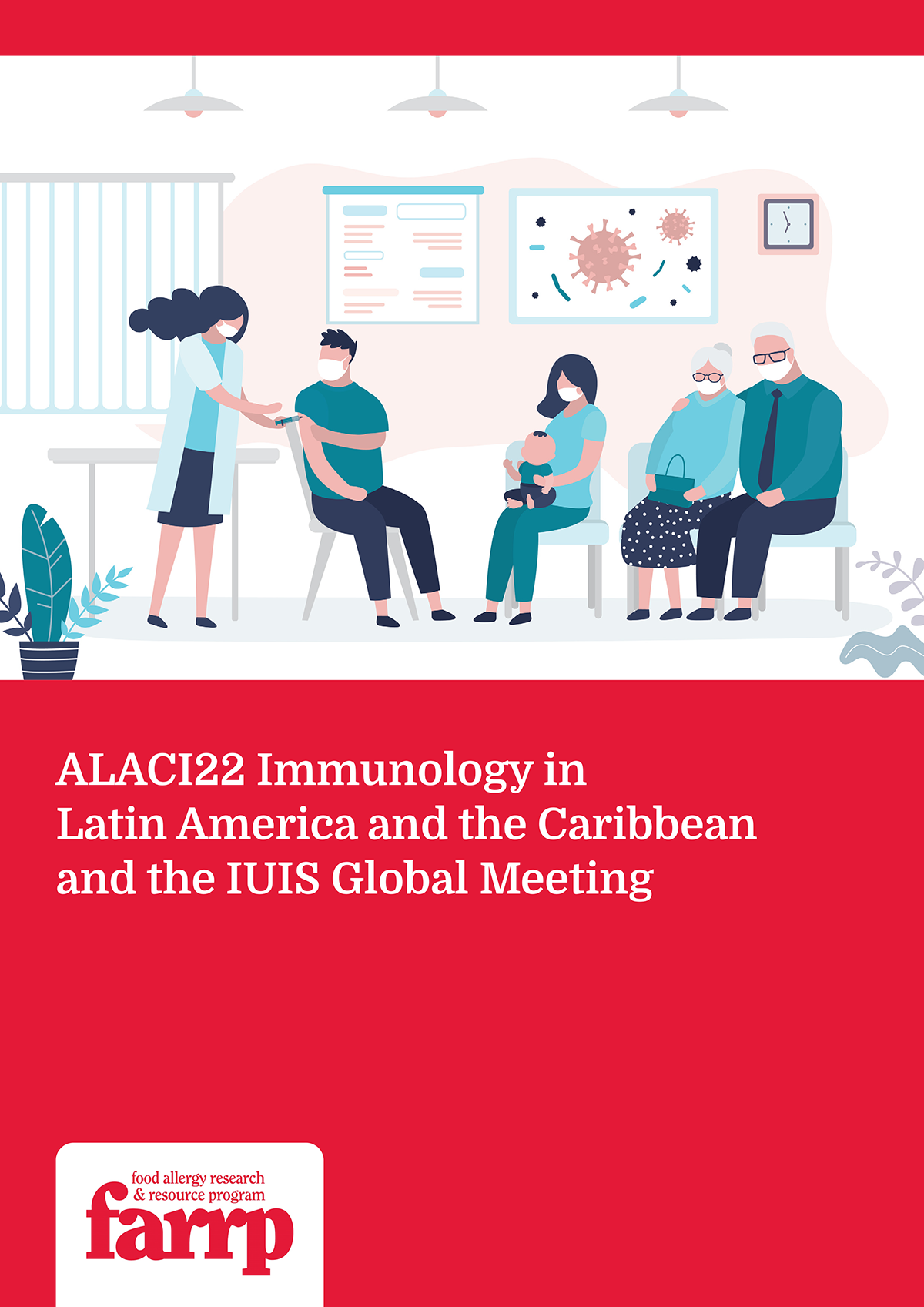 The COVID-19 pandemic teaches important lessons that we should carry over to many diseases in humans, animals, and the safety of our food supplies. Over one million deaths have occurred from COVID and COVID variants globally. People in all countries are affected, though to different degrees, depending on geography, vaccination status, medical supplies, treatment options, and interactions with people.

Cuba is relatively isolated by the United States. Information on the development of COVID vaccines in Cuba, called Abdala and Soberana, testing and use in the population was specifically and broadly covered at the ALACI22 conference in Varadero, Cuba. The meeting was sponsored by the Latin American and Caribbean Association for Immunology and the

International Union of Immunological Societies (IUIS) 6-10 June 2022. It included scientists and clinicians from most countries in Latin America, the Caribbean, Canada, the UK, Spain, Belgium, South Africa, Portugal, Sweden, Norway, the Netherlands, Switzerland, Germany, Poland, Kenya and two from the USA. I attended four days of five as severe rain cancelled flights out of Miami, Florida. Climate change adds to increasing disease challenges. COVID is passed by respiratory droplets. For other diseases, vectors including mosquitoes are spreading potent lethal diseases including viruses and parasites that cause malaria, yellow fever, HIV, dengue, Chagas disease and Zika. Diagnosis of these diseases, as well as IgE-mediated allergy, celiac disease and various cancers and treatments for those diseases, were presented.

This paper is our overview of the conference. The conference included more than 500 experts in immunology. Registration fees were used to support 62 scholarships to graduate students and young scientists in the Latin American community for abstract fees, registration, and four days of lodging. High-quality scientific papers were presented by international leaders in the ALACI organisation and the IUIS. Keynote videos were presented on inflammation and immunity by Alberto Montovani of Italy and inflammation to cancers through PD-1 activation by Tasuku Honjo of Japan who was unable to travel to Cuba for this meeting. “The COVID-19 pandemic teaches important lessons that we should carry over to many diseases in humans, animals, and the safety of our food supplies.”

“The COVID-19 pandemic teaches important lessons that we should carry over to many diseases in humans, animals, and the safety of our food supplies.”

Dr. Faith Osier, president of IUIS gave an excellent talk on the complexity of malaria, with nearly 200 million new cases per year globally and 500,000 deaths. Her SMART- associated group is trying to develop a vaccine quite different from the one just approved by the WHO. The WHO-approved vaccine only helps protect around 30% of vaccinated people.

The selection of candidate proteins from different life stages of the parasite is an important difference. And early vaccination is the hope as many of the African and Asian children infected under 5 years of age have a high risk of dying. People older than six years are often infected and develop sufficient immunity to prevent death, but not necessarily a severe disease. The target malaria organism, Plasmodium sp. (P. falciparum is the most severe species), is a complex organism expressing many different proteins in the life forms during infection. Finding the right target proteins for effective vaccines has proven to be a severe challenge over decades. The RTS, S (marketed as Mosquirix) vaccine by PATH Malaria Vaccine Initiative and GlaxoSmithKline and the Gates foundation is approved for use in children with four immunisations required. It is partly effective by using proteins from a major protein of the sporozoite in trials but it has not been systematically tested in natural malaria areas in Africa. There are genetic differences in the parasite and different life- cycle stages expressing other proteins. Other vaccines have been under development for more than 10 years. The life cycle and genetic diversity of the organism present challenges for long-term efficacy. Dr. Osier’s group is looking at multiple proteins in gametophyte or merozoite stages. They are selecting candidates and vaccine designs now.

A viral disease is less complicated and can spread very rapidly. The COVID-19 virus emerged from China in late 2019. There are multiple vaccines, but the US and EU vaccines are not available in Cuba. The Cuban COVID-19 vaccine Abdala and Soberana was developed at the Centro de Ingenieria Genetica Y Biotechnology (CIGB) and Finlay Institute for vaccines. A total of five vaccine variants have been developed. Abdala one includes part of the COVID-19 spike protein (RBD) that binds the ACE-2 receptor. It is produced as a recombinant protein in Picchia pastoris. Soberana is an RBD protein conjugated to tetanus taxoid. Alum is used as an adjuvant. Clinical trials were performed on a large population of males and females over an extensive age range. Three doses and three time-regime scales were tested. The current recommendation is now 50 micrograms with injections a day zero, day 14 and day 28. It is approved for children as young as 2 years with a reported 92% efficacy for minimal disease.

No significant adverse events have been reported from the vaccine (Hernandez-Bernal et al., 2022). This vaccine is now accepted and used in Venezuela, Vietnam and Mexico as well as Cuba. Abdala and Soberana were used to vaccinate more than 90% of the Cuban population.

Other COVID-19 vaccines have been developed with different designs including Pfizer- BioNTech and Moderna mRNA vaccines, Johnson & Johnson’s Janssen vaccine, which is a modified viral vaccine; Oxford-AstraZeneca using a modified adenovirus vector; a vaccine developed in India, called Covaxin which is an inactive COVID virus given in two doses with a reported efficacy rate of 81%. India also produces an Oxford-AstraZeneca vaccine manufactured in India. A Russian vaccine is Sputnik V, with the inactivated cold-type virus using two different Adenoviruses. There are potentially conflicting reports on the efficacy of the Russian vaccine. The design and doses of these vaccines differ, but all are reported to be effective at preventing or markedly reducing severe diseases from COVID-19 and currently known variants. Wikipedia provides information on these alternative COVID vaccines.

Importantly, the COVID pandemic spread rapidly, and no country has been able to provide sufficient doses of any of these vaccines to protect the global population. There are issues of costs, distribution, stability, and ability to get all people immunised. In the United States and some other countries, there is marked individual hesitancy to vaccination due to a great extent because of misinformation and political propaganda. In Cuba, ~94% of the population is vaccinated with at least one, but most have had three doses. In my hometown of Spokane, Washington less than 63% of the population has had at least one shot of a US- approved vaccine, even though the vaccines were free and available. That can lead to continued risks of the emergence of new variants that may be resistant to vaccine immunity. 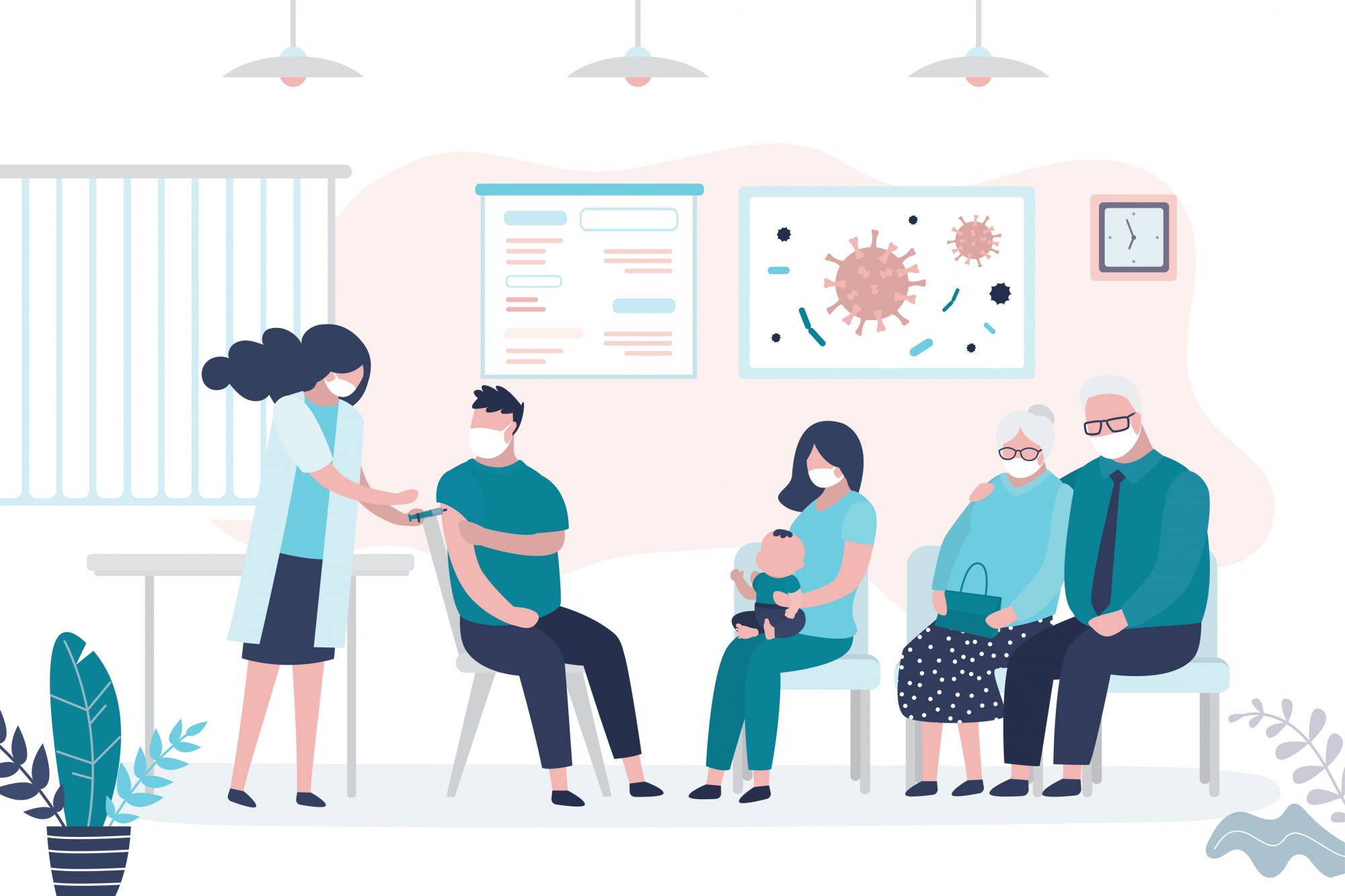 Parasites are from an immense group of disease organisms around the world. In addition to microscopic malaria is spread by mosquitoes and has life forms that live in liver cells first and change to forms that invade red blood cells. Many worms infect humans and animals causing food production losses and influencing the immune systems. Many parasites are large and require antibody and cell mediated responses. Monique Caprón of France who has been active in immune research on parasites for 40 years and co-chaired a session on the immune system and parasites. She and her late husband Andre Caprón published many papers on schistosomiasis, vaccines and eosinophils in humans and cattle. She is one of the founders of ImmuneBiotech which develops novel therapies for the parasitic disease. She presented on possible therapy for Crohn’s disease using a recombinant protein. The session on parasites included work on Chagas disease by Emilio Malchiodi of Argentina on vaccine design for the Trypanosoma cruzi organism (Bivona et al., 2020). The parasite can cause chronic heart disease and intestinal enlargement after 8 weeks of untreated infection. It is carried by and spread by kissing bugs (Triatoma infestans) in South and Central America and is spreading into the United States with global warming. Globally there are more than 6 million people infected and nearly 10,000 die each year, many with chronic heart disease. SC Oliveira presented information on macrophage activation by interferon gene regulatory signals (STING) that lead to activation of macrophages during infections by Brucella abortus in cattle. This reprograms macrophages to provide potentially more effective inflammatory responses during the infection (Gomes et al., 2021).

Other topics in the ALACI22/IUIS meeting Varadero, Cuba

There were nine lecture sessions (three or four parallel presentation sessions) over most of the four-day meetings, 19 symposia and 7 KNA. Scientists and clinicians from almost all countries in Central and South America as well as a few from Africa, Asia and Europe presented brief or medium-length reports of studies and challenging topical areas in immunology and disease. Immune mechanisms, signalling pathways, and effective responses were discussed by graduate students. The program structure permitted all delegates to present and discuss their results.

As the Co-Chair of the WHO/IUIS Allergen Nomenclature Committee, I presented an overview of the information needed to identify and name new allergenic proteins. The database was started in 1986 by a group of internationally recognised allergy experts. It is presented at www.allergen.org with information and instructions to scientists to present information to the committee for awarding shortened allergen names (e.g. Ara h 2 for the dominant allergen, 2S albumin of peanuts responsible for many clinical food allergic reactions). The intent is to have standardised names in early publications describing the protein and allergen characteristics. It is improving over time. Serum IgE binding demonstrated by donor samples from clinically affected subjects is required as a minimum criterion, with the characterisation of the protein and amino acid sequences. The biological activity of histamine release from human basophils sensitised by human IgE of affected subjects adds confidence to the relevance of IgE binding. Alternatively, positive skin prick tests are needed to demonstrate that at least two IgE binding epitopes are specifically bound by appropriate sera. Names are awarded following the committee’s review of your pre-publication data. But the name does not prove allergenicity, you must publish a full set of results. Other databases such as www.allergenonline.org include sequence identity matches for risk assessment of new foods. 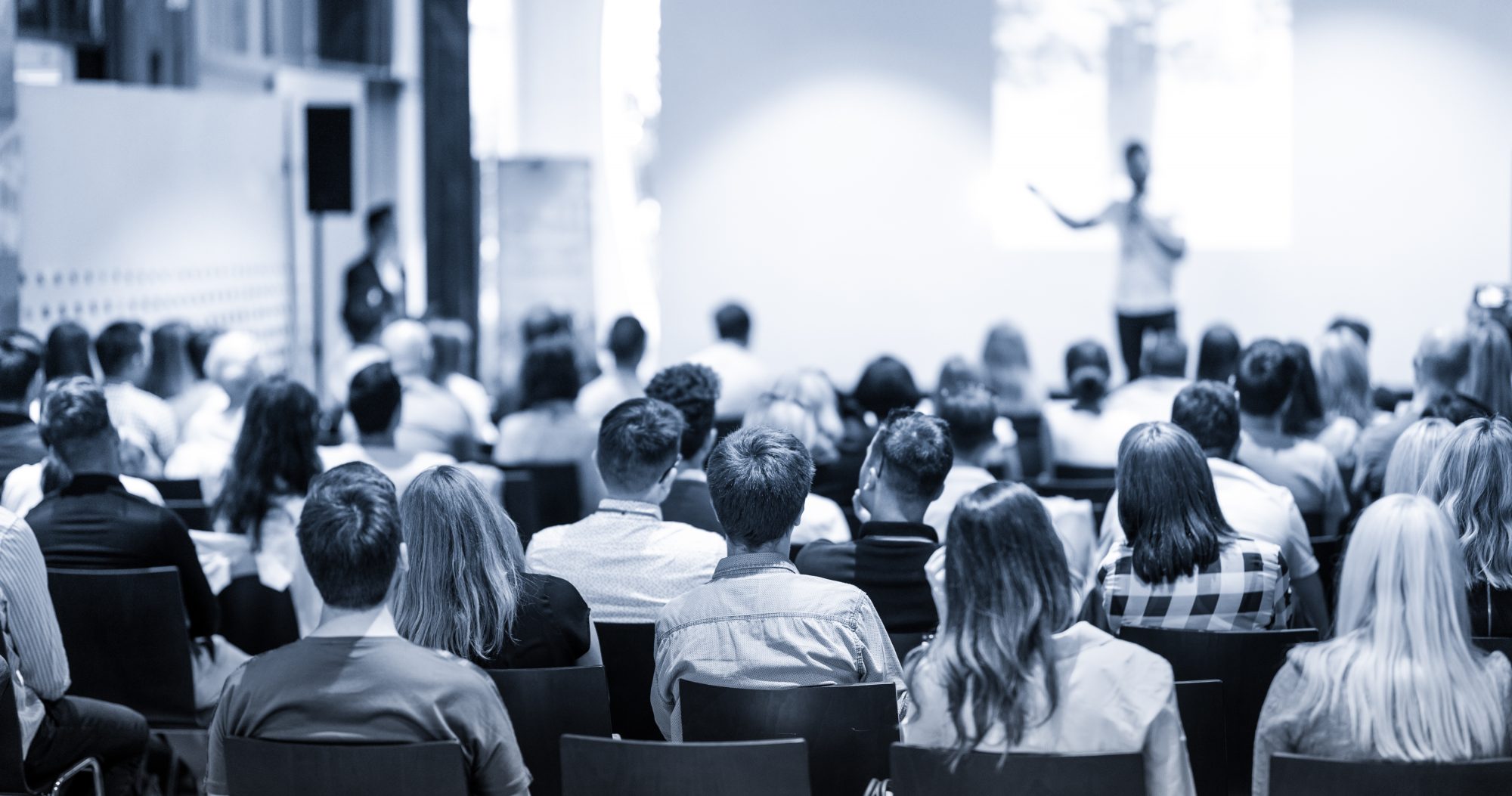 Other parasitic and bacterial diseases that are hard to control and for which there are few prospects of vaccines will hopefully be presented in future meetings. That includes African Trypanosomiasis, Leprosy, Lymphatic Filariasis, Onchocerciasis, Trachoma, and Schistosomiasis.

The President of ALACI through the meeting was Dr. Oliver Pérez of the Universidad de Ciencias Médicas de la Habana, Cuba. The current President who was installed at the end of the meeting is Dr. Emilio Malchiodi, Chair of Immunology at UBA-CONICET, Argentina. The Permanent Secretary is Dr. Guillermo Docena, Universidad Nacional de La Plata, Argentina. The next ALACI Conference will be held in Buenos Aires, Argentina in 2024. Dr. Faith Osier, President of the IUIS and others including Clive Gray will host the IUIS society meeting with the South African Immunological Society and the Federation of African Immunological Societies in Cape Town, South Africa 27 November through 2 December 2023.