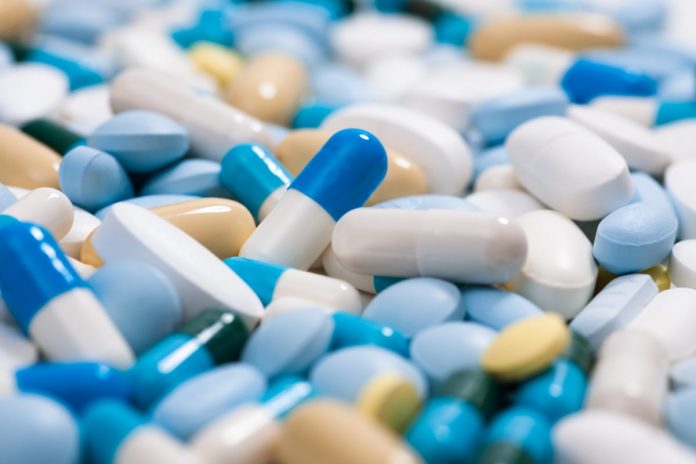 Ivo Holanec, Research Project Manager at the Institute and Faculty of Actuaries highlights a new report published regarding the significant problem of resistance to antimicrobials. This report examines the clinical implications, plausible effects on mortality and potential economic cost of antibiotic resistance…

Antibiotics have been central to modern healthcare since their introduction into medicine in the 1940s. Their role has expanded from treating infections to preventing infections in surgical patients, protecting cancer patients, as well as people with compromised immune systems. They have also been used to prevent disease in livestock and other food animals. Now, however, once-treatable infections are becoming difficult to cure and patient mortality is rising with costs to both individuals and society. Decreasing antibiotic effectiveness has risen from being a minor problem to a broad global threat, regardless of a country’s income or sophistication of healthcare system. Antibiotic resistance is a direct result of antibiotic use.

What is antibiotic resistance?

Resistance is a natural biological phenomenon. It develops when bacteria are exposed to the antibiotics, through a process of natural selection where the bacteria which are immune to the antibiotics are the ones that survive, and then pass on the resistant genes. This process speeds up with repeated exposures. The spread of antibiotic resistance in populations is further illustrated in Figure 1. 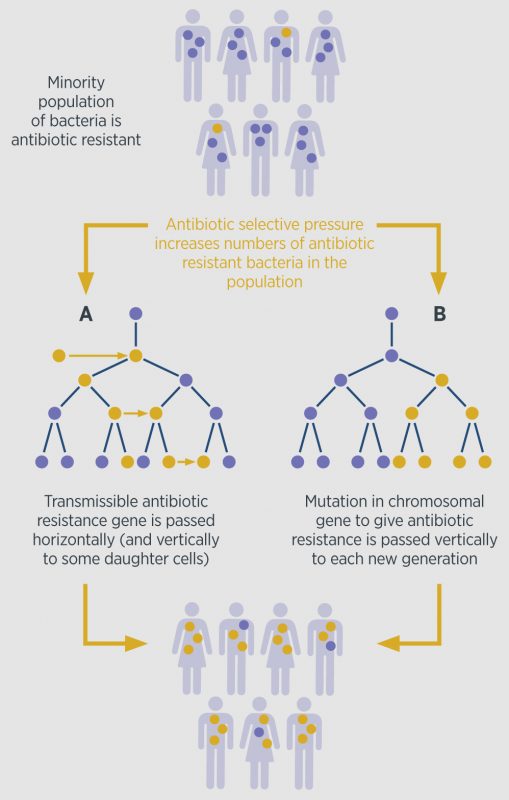 Why is antibiotic resistance so important?

An estimated 50,000 people die each year in Europe and the US due to infections that have become immune to antibiotics used to treat it. Global consumption of antibiotics rose by 36% between 2000 and 2010, largely as a result of increased access in the developing economies such as Brazil, India, China and South Africa (Van Boeckel et al., 2014). Antibiotic-resistant infections also contribute to the financial burden on healthcare systems. The estimated cost arising from antibiotic resistance in Europe is £1.2bn annually, which includes healthcare expenditures and productivity losses (ECDC, 2012).

Concerned about increasing antibiotic resistance, the UK government set up a 5 year strategy in 2013, which set out actions to slow the development and spread. The government’s report predicts that by 2050 the deaths attributable to antibiotic resistance will rise to 10 million each year, with a cost to the global economy of £66 trillion (O’Neill, 2014). However, return to the infectious disease mortality of the pre-antibiotic era is unlikely. Quite apart from the increasing focus on new antibiotic development and other areas, such as hospital hygiene, some of the decline in infectious disease mortality is attributable to improved vaccination programmes, enhanced living standards and personal nutrition.

What steps should be taken?

Research and development into diagnostics, new drugs and vaccines is crucial to combat the effect of antibiotic resistance. However antibiotic resistance is developing faster than new antibiotics are being developed. Since 1987, no new class of antibiotics has been discovered that is available for treatment of bacterial infections (Mandell et al., 2015). As of September 2015, an estimated 39 new antibiotics with the potential to treat serious bacterial infections are in clinical development. This includes 2 new classes of antibiotics – Teixobactin and Brilacidin. Nevertheless, only 1 out of 5 drugs that reach the initial phase of testing in humans will receive approval.

Doctors and health care professionals are being urged to prescribe antibiotics only when absolutely necessary and only for bacterial infections. Quickly diagnosing the cause of most infections is difficult and doctors urgently need new tests to help them decide when to use antibiotics and which types to use. Until such tests are available, it is essential that spread of infections between people, animals, and the environment is prevented.

The IFoA’s report on antibiotic resistance further highlights the expected impact on surgical procedures, longevity improvements and alternative approaches to antibiotics. You can download the report here: http://bit.ly/297XS5y

Institute and Faculty of Actuaries