As the gender balance in Norwegian politics experiences shifting gender dynamics, coevolving informatics draws attention to how male dominance has been curtailed by the expanding circulation of knowledge via educational institutions and publications

Over the last thousand years, only one of Norway’s 70 monarchs was a woman. A major sea change occurred when universal suffrage was first extended to women in 1913. Since 1981, two women have become prime ministers in Norway, serving as heads of state for over 40 per cent of the subsequent four decades. Presently, the Norwegian parliament comprises 45 per cent women legislators.

From the standpoint of coevolving informatics, the gendered character of the Norwegian state manifests three-way coevolution of (1) information flow, (2) energy-converting technologies, and (3) the spatial dynamics of exercising political power (figure 1). Linking these three dynamics, coevolving informatics assesses their growing complexity in terms of the depth of information flow (Girard 2020). Depth increases with more specialized layers in information flows, beginning with oral communication and later adding key layers such as letterpress print and digital media. These added layers in the circulation of knowledge have contributed to the success of the women’s movement in challenging patriarchal authority.

The development of a global women’s movement seeking access to state power coevolved with letterpress print, a new layer of information flow that enabled long-distance circulation and storage. Over greater distances, knowledge networks expand their efficacy through diverse inputs and multisite reciprocal exchange (Girard 2020). Through diversified global networks, mechanized print media enabled women to challenge patriarchy sustained by oral culture and by the limited circulation of hand-produced documents. Primary oral cultures rely on repetition of past wisdom because there is no place for storage of information other than the listener. In contrast, letterpress print, by providing an exterior place outside the mind for storing and analyzing what is known, effectively “downgrades” oral “repeaters of the past” in favor of innovation (Ong 2002: 41). Printed words permit a larger and more diverse set of people to engage in abstract discourse regarding gendered power relations.

Letterpress print, a layer of information flow central to building a women’s movement, coevolved with the development of fossil fuels and electricity. Long-distance communication depended on new energy-conversion technologies that went beyond the preindustrial dependence on muscle power. Machine-produced text, initially delivered on horseback, was later transported over greater distances by fossil-fuel-powered mail carriers and eventually by electricity-enabled cables and satellites. These mechanical and electronic media overcame the insular spatial structure of muscle-powered agrarian societies, in which women did not historically mobilize into a global movement challenging patriarchal authority.

In addition, the development of electrical power both depended on and demanded the expansion of women’s education. Especially in an electronics-enabled digital economy, educated women have been increasingly in demand for service-sector jobs based on “brain skills.” These jobs provide training for political leadership because they entail more communication and interpersonal abilities than do brawn-based blue-collar and agricultural tasks.

Norway reflects the global increase in women’s education that occurred during the electronics age. The growing demand for educated women counteracts an enduring historical trend extending from the 12th century to the final quarter of the 19th century, when women in Norway had been blocked from higher levels of education. However, by 1975, only several decades after the inauguration of the second industrial revolution, the majority of students passing the university entrance exam were women. By 2020, women constituted 60 percent of tertiary-education enrollment in Norway. The expansion of women’s education is significant because university degrees are key assets for successful political careers (Iversen and Rosenbluth 2008). Similarly, education became a key asset of leaders in the women’s movement. Since 1922, more than three quarters of the 23 women who served as presidents of the Norwegian Association of Women’s Rights have either worked as teachers or have earned a university degree. The association has successfully campaigned for major legislation such as the 1978 Gender Equality Act. The political leverage of Norwegian women has been elevated by their growing investment in electronics-age educational opportunities.

With the development of a digital-age layer of information flow, more Norwegian women are able to overcome the spatial barriers to government careers that arise from childcare at home.

More women can work from home via the internet, and daycare education for one-year-olds is now widely available in Norway. Moreover, partly due to women’s increasing education level in the digital-era economy, Norway’s total fertility ratio has declined. This decline reflects rising opportunity costs of staying home to care for children. These costs include forgone income from not working and the loss of more intrinsically rewarding jobs that become available with a higher level of education. The average number of children in a Norwegian woman’s lifetime—4.32 in 1800 and 4.4 in 1900—has dropped precipitously to 1.48. This lower TFR, bolstered by a digital-age layer of information flow, frees up more women to pursue full-time government positions. 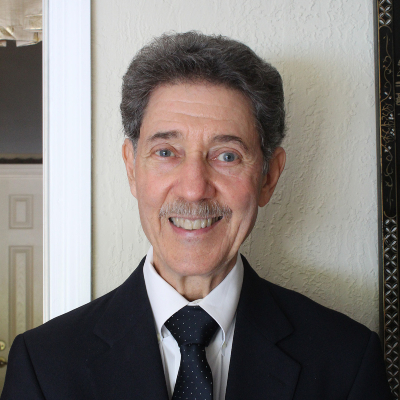