Professor Laura Grenville-Briggs Didymus from the Department of Plant Protection Biology, at the Swedish University of Agricultural Sciences suggests methods of protection against oomycete and fungal crop diseases

The cornerstone of EU directive 2009/128/EC and the later amendment 2019/782 is the promotion of Integrated Pest Management, the use of which has been mandated for all professional EU growers since 2014 regarding relevant crop diseases.

The current major barrier for the implementation of IPM to treat fungal and oomycete crop diseases in open-field agriculture is that most of the biological methods for disease control do not perform well, or at least not at a level comparable with that of synthetic chemical fungicides. Furthermore, research to improve the prospects for the use of biological control measures is often hampered by the expense and complexity of long-term field trials and the lack of funding for such large-scale applied experiments. IPM is knowledge-intensive and scientific research to develop evidence-based IPM strategies requires collaboration between many different disciplines and sectors.

As an example, potato is the third most important crop worldwide (2) but is one of the crops in which IPM is the least developed due largely to the aggressive nature of potato late blight caused by the oomycete Phytophthora infestans as well as serious fungal crop diseases such as early blight caused by Alternaria solani. Whilst both diseases can be controlled rather well by repeated use of synthetic fungicides, these place a huge economic and environmental burden on growers; 2M tonnes of pesticides are applied to potato every year in the EU largely to control these two diseases. Our team at SLU carries out multidisciplinary research into the science of IPM in potato in collaboration with local, national, and international partners (Fig.1) to try to find alternative, sustainable solutions for the control of potato diseases. We study the biology of the interactions between potatoes and pathogens in a one-health context where we look at the role of the plant microbiome and interactions with BCAs as contributors to overall plant health.

How can we protect crops like potato in a more sustainable way?

Much emphasis in IPM is put on the use of biological control strategies that should be used preferentially before synthetic pesticides, which are often described as a last resort strategy. But for open field crops like potato, we still lack research into the efficacy and use of BCAs under field conditions. Over the last 20 years, almost 100 primary scientific research articles have investigated various microbes for the biocontrol of potato late blight. However, those publications have mainly studied these interactions in vitro or in other controlled environment settings (3).

The few studies that have looked at interactions in the field have also not been performed in a large-scale, multi-year, multi-location trials. Currently, there are only three products that are registered for biological control of potato late blight in the EU. Two of these, Taegro and Sonata are products based on formulations of bacteria from the Genus Bacillus, and one, Polygandron, is based on the mycoparasitic oomycete Pythium oligandrum, however there have been mixed reports of the success of these treatments in the control of potato late blight and all of these products perform poorly compared to synthetic pesticides (3).

Recently we tested the efficacy of several BCAs including Bacillus spp and P. oligandrum against early blight of potato. Our rationale was that early blight might be an easier target than late blight, since late blight is much more aggressive and develops faster in the field than early blight, under temperate conditions. Our treatments reduced early blight disease by 50-95% under greenhouse conditions, but efficacy dropped to 20-25% in small-scale (hand-sprayed) field trials and the effects almost disappeared in full-scale tractor-sprayed trials that mimic commercial potato production in Sweden(4).

The necessity for more applied research into crop diseases

Clearly, there is a need for more applied research, using full-scale field trials to correctly evaluate alternative treatments for fungal or oomycete diseases in crops such as potato.

There is a significant knowledge gap in our understanding of how and when to apply treatments such as biocontrol agents, which likely cannot be applied in the same manner and timing as synthetic pesticides. Answering these questions will require some significant, long-term financial investment from funders.

Furthermore, for these treatments to become applicable by farmers, we need a harmonized, simple, but safe registration and regulatory framework to allow new biological control products to come to market in the EU in a reasonable timeframe. Work is underway in the EU in this context, so that these products should be evaluated as living organisms, or preparations thereof, and whereby they do not need to adhere to the regulatory processes currently used for synthetic pesticides, but nonetheless undergo appropriate and rigorous safety testing. 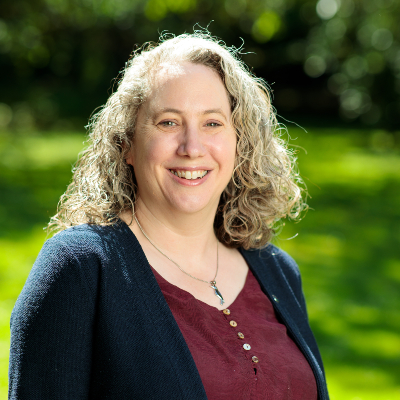