Suicide is the third leading killer of teens in the U.S., after unintentional injury (including drug overdose) and homicide, and suicide death rates have increased in this age group relatively steadily for 20 years (1). In 2019, the Center for Disease Control and Prevention’s (CDC) biennial Youth Risk Behavior Survey (YRBS) indicated that in the previous year, suicide was attempted by 8.9% of high school (HS) students. However, the percentage varied widely by race and ethnicity: American Indian or Alaska Native (AI/AN) 25.5%; Asian 7.7%; Black or African American (AfAmer) 11.8%; Hispanic or Latino (Hisp) 8.9%, White 7.9%, and multiple races 12.9% (2).

New Mexico (NM) is among the U.S. states with the highest overall suicide death rates; in 2020, it was fourth highest at 24.1/100,000 (3). The NM version of the YRBS is the Youth Risk and Resiliency Survey (YRRS). The 2019 results indicate that our youth suicide attempt rate (9.5%) is higher than the U.S. rate. Previous studies of NM YRRS data showed in bivariable analyses that positive relationships with adults from the home, community, and school and same-age friendships were associated with lower rates of past-year youth suicide attempts (4-7).

What was the purpose of the study?

Past research suggests that positive relationships at home between adults and adolescents impact suicide attempt resilience more than other positive relationships. However, not all teens have parents or adults at home or even a home to go to. Moreover, homelessness is a risk factor for adolescent suicidal behaviours (8). Therefore, the current study aims to answer the logical follow-up question: What relationships are essential when those most likely to protect teens from suicide do not exist in a meaningful way?

“Suicide is the third leading killer of teens in the U.S., after unintentional injury (including drug overdose) and homicide, and suicide death rates have increased in this age group reasonably steadily for 20 years”

We constructed race/ethnicity-specific models of past-year suicide attempts (yes/no) using multiple logistic regression for the current paper. We began with all possible protective relationships in the model. We also included public school grades (A’s, B’s, C’s, etc.) to measure relationships with school adults. For the first model, we had variables related to relationships with adults at home to confirm earlier findings. Odds ratios and 95% confidence intervals were used as a statistical significance threshold.

Results: Protective relationships that matter most

In model 1, five variables stood out for Hispanic and NHW adolescents, four for AIAN teens, and two for African Americans (AfAmer) (Table). For every group except Anglos, having an adult at home who believes in their success ranked as the most protective type of relationship of those tested.

For teens with parents, guardians, or other adults at home, positive communication about their potential for success is associated with a significantly reduced risk of a suicide attempt. Almost equal in weight was the effect of having a parent or guardian know where the teen is and who they are with.

Model 1 also shows that adults outside the home make a difference in suicide prevention for all teens. Adults in the community and at school confer essential benefits when they listen, demonstrate that they believe that kids will be successful, and give acclaim when they see students doing a good job.

Model 2 results: How do we help other adolescents?

Model 2 shows that when parents are absent, the effect of adults outside the home becomes more powerful. All adults who interact with children have the privilege and responsibility to make a difference in suicide prevention. Teens who feel noticed, heard, believed in, and appreciated are less likely to attempt suicide.

Each increasing level of positive adult relationships is associated with a decreased likelihood of past-year suicide attempts. Adults do not have to be heroic, just present. Every adult who chooses to make a young person feel as though they matter in a positive way—keep doing it. It matters. 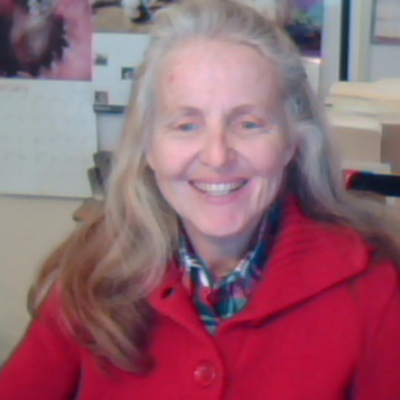