My history research project analyzes the dynamics of different identities in the Roman Empire from around 50-150 AD. My project aims to discern the often-paradoxical dynamics of identities in a multicultural empire and stimulate a discussion about hidden aspects of social interactions that still need to be properly understood. Although the Roman era is entirely different to our times, some critical questions from the past relate to today’s world in which mechanisms of social and political distinction also lead to open or concealed conflicts.

Trajan, who ruled the empire from 98-117 AD, led the realm of the Romans to its greatest territorial extent (see map on next page). From modern Portugal in the West to the Persian Gulf in the East, from Egypt to Scotland: The Romans commanded many different ethnic groups. While some of the defeated people behaved very indifferently to their rulers, paying their taxes and not bothering to be part of the empire, other groups, like the peoples along the river Danube or the Jews, openly rebelled against the domination of the Romans. However, the most significant part of the provincials cooperated with their master. But even if most people came to terms with being part of the Roman Empire, they had to relocate their historical and cultural identity and adapt to the current hierarchy.

This raises some critical questions: Did, for example, a local aristocrat from Gaul who worked in the Roman administration and received Roman citizenship consider himself a Gaul, a Roman, or a Gallo-Roman resident of the empire? What did a farmer from Africa, who served in the Roman army for over twenty years, stationed all over the Mediterranean area, think about his identity? To speak in more general terms: to what extent did the ‘globalizing’ effect of Roman expansion influence ‘local’ identity?

This is a very complex topic and even a massive challenge for researchers who analyze today’s identities. Nevertheless, here are some informative examples, showing which issues and problems must be solved when addressing this topic:

Outside of a Roman fort in the North East of England (South Shields), a tombstone was erected, which is a stunning piece of evidence about the mixing of cultures and multicultural identities in the Roman Empire. The stone refers to a deceased British woman named Regina, originally from South East England. It also references her husband, Barates, who once travelled from Palmyra in Syria. In Britain, he must have met Regina, who was initially his slave until he freed and married her. When Regina was 30 years old, she died, and Barates had an expensive tombstone set up for her. The relief, which depicts Regina, is Roman in style and has a Latin inscription. But there is also a second inscription in Barates’ language, Aramaic, reading, “Regina, freedwoman of Barates, alas”. The first two lines read: “To the spirits of the departed and to Regina, his freedwoman and wife, a Catuvellaunian by tribe, aged 30, Barates of Palmyra set this up.” This exceptional remnant from over 1,800 years ago makes clear that Regina was of Catuvellaunian origin. She belonged to her husband, who was proud of his Palmyrian background, but also used Latin as an ‘official’ language to mark his affiliation with the Roman Empire – an extraordinary document for diverse and multifaced identities.

A deeper exploration into understanding multicultural identities in the Roman Empire

Another exciting example is C. Iulius Antiochus Epiphanes Philopappus, Prince of the conquered Kingdom of Commagene, who lived in the first and second century AD. He was granted a monumental tomb in Athens. On this tomb, there were several inscriptions: One, which reads “Caius Iulius Antiochus Philopappus, son of Caius, of the Fabian tribe, consul and Arval brother, admitted to the praetorian rank by the emperor Caesar Nerva Trajan Optimus Augustus Germanicus Dacicus” and which displays Philopappus’ identity as Roman Citizen, even as consul (one of the most prestigious ranks in the administration of the empire). A second inscription emphasizes Philopappus’ Athenian citizenship and a third one refers to his origin, and his role as King of Commagene.

Thus, Philopappus directly connects with three different identities and cultural realms; he wanted to be acknowledged as Roman, Greek and Syrian. But the whole monument is even more complex: Philopappus is depicted as a Roman consul with a Commagenean radiant crown which – when you read between the lines – is an allusion that power does not only come from the Romans, but from other directions too.

What my project sets out to achieve

My project will analyze objects like these and other sources from Antiquity, trying to reconstruct the dynamics of multicultural identities in the Roman Empire. This study will enable an understanding of how people living in the distant past dealt with multicultural contexts and challenges in diverse environments. And although one should be careful when drawing parallels, we may also learn a bit about our time today. 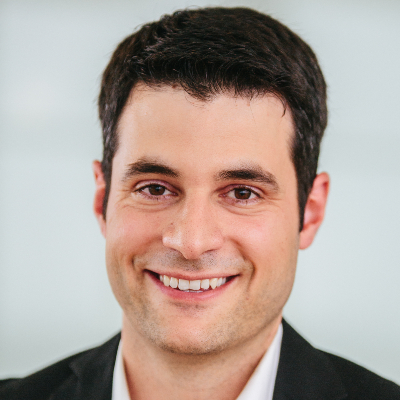