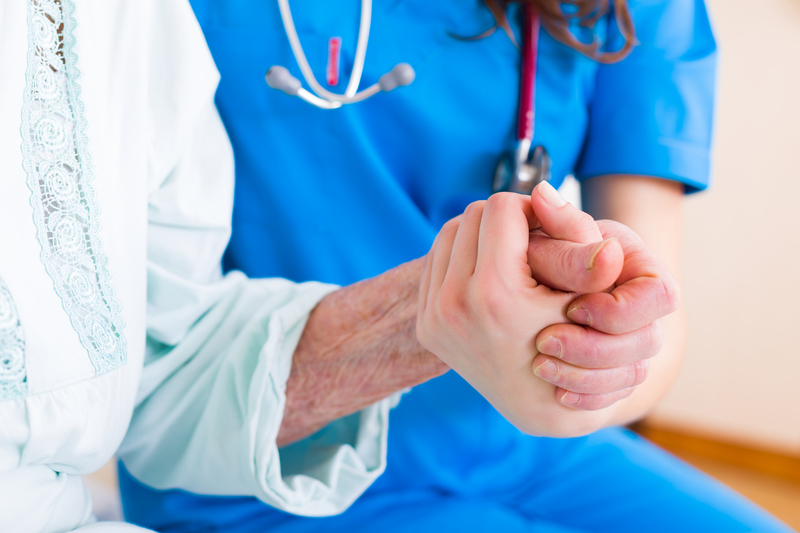 On the occasion of Parkinson’s Awareness Month in April 2016, President of the European Parkinson’s Disease Association (EPDA) Knut-Johan Onarheim highlighted that, “We face significant hurdles to effective diagnosis, treatment and care, including a profound lack of information and education and poor access to healthcare professionals with a specialty in Parkinson’s”.

2017 marks the 200th anniversary of the discovery of Parkinson’s disease by Dr James Parkinson. Despite the passage of two centuries, the disease remains incurable. In addition, sufficient progress has not been made to help people with Parkinson’s and their families overcome challenges in their daily lives, from tremors, rigidity and constipation to fatigue, depression and psychosis. The last study estimating that there are 1.2 million people living with the disease in Europe was conducted in 20101, which shows that statistics being used in 2016 are very outdated and more regular statistical updates are needed to get a full picture. This significant knowledge gap reflects the need to intensify data collection efforts.

Believing that current challenges could be better tackled at the European level, ‘My PD Journey’ was launched in 2014. The ground-breaking, multi-stakeholder initiative led by the EPDA aims to drive changes in policy and healthcare systems that can improve diagnosis and access to treatment and care. Multiple representatives across the entire Parkinson’s disease community are engaged in the initiative, including European umbrella healthcare organisations, distinguished European specialists, patients, carers, members of the multidisciplinary healthcare team and industry representatives.

My PD Journey focuses on a series of flagship projects: pan-European research on care pathways and gaps in healthcare systems (the European inventory), a new, simple composite scale that can facilitate clinical diagnosis of motor and non-motor symptoms, and promoting awareness of and supporting a number of national Parkinson’s coalitions across Europe which address country-specific challenges.

The projects are designed to improve understanding of the different hurdles that negatively impact the treatment of Parkinson’s progression, and develop solutions that contribute to comprehensive and individualised management of the disease.

The first major activity was the development of a ‘European inventory’, a research project completed in 2015. The research consists of primary (qualitative and quantitative) and secondary evidence, which presented a more comprehensive picture of the Parkinson’s care and management situation in Europe compared with previous studies. The research was used to develop a series of European wide ‘good practice’ recommendations applicable within a national or regional setting to effect improvements in the management of Parkinson’s and, at the same time, offer potential socio-and health economic benefits to healthcare systems, Parkinson’s care pathways, people with Parkinson’s, their families and carers.

My PD Journey has also developed an innovative and easy-to-use composite scale for people with Parkinson’s. The aim is to facilitate early diagnosis and manage disease progression, and ultimately ensure that care plans reflect and respond to patients’ individual needs.

The scale is the first of its kind to score not only motor symptoms such as dyskinesia, tremor, and gait, but also non-motor symptoms such as fatigue, pain, memory loss and depression. The first results were presented in the European Parliament in February 2016 and the scale is currently being tested and measured in a second validation study in different European countries2. The scale will be rolled out across Europe next year with the aim of more effectively determining the severity of symptoms.

To highlight solutions to address country-specific challenges to the timely diagnosis, treatment and care of Parkinson’s, My PD Journey supports national stakeholder coalitions across Europe. Nine national coalitions currently exist, which are developing and implementing pilot projects to facilitate improvements to diagnosis, treatment and care in their countries. They involve a wide variety of stakeholders from across the community, including EPDA member organisations, specialist neurologists, patients, carers, hospital managers, industry partners and national and local politicians.

As part of My PD Journey’s initiatives to raise political awareness around the disease at European level and propose concrete solutions, 14 European and national policy recommendations were developed and presented during a high-level event in April 2015 at the European Parliament. This was followed by My PD Journey Summit in February 2016, which marked the launch of the composite scale. Advocacy activities are ongoing, with a composite scale workshop taking place in Brussels on 15 November 2016.

My PD Journey will continue to actively promote and drive progress for people with Parkinson’s moving forward. The coalition’s major objectives for the next year are to publish the European inventory research in a peer-reviewed journal, explore options for further data collection and analysis, and complete the second validation study and roll-out of the composite scale in clinical and patient settings across Europe.