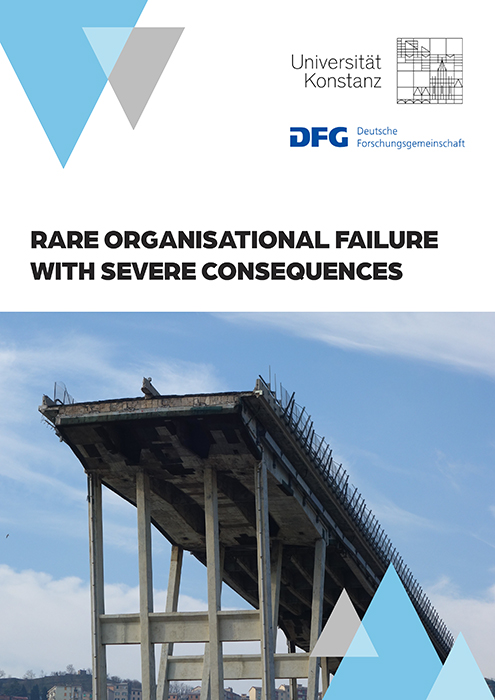 To begin, we must ask the question – what is a black swan?

In 2007, Nassim Taleb wrote a seminal book that re-shaped how people think about anomalies. In it, he coined the black swan metaphor. Black swans are a genetic fascination to humans despite their extreme rarity, and we obsess over their occurrence. They are important in disproportion to their frequency, because they make us question the norm.

The DFG-project ongoing at the University of Konstanz, Germany, is called “Black swans in public administration: Rare organizational failure with severe consequences.”

Mr Seibel offers answers to burning questions. Using the tragedy of Morandi Bridge, in Genoa, Italy, he illustrates how a private-public partnership can cause “fragmented responsibilities” in the pursuit of profit. The company and State together were accused of ignoring structural problems, causing a human security issue.

Social vulnerability is another interesting observation he makes, citing that it is always the people with the least power to hold public authorities to account, who need to do so the most. Grenfell is a clear example, with a resident population of mainly immigrant families, who were unable to lobby local authorities to change the cladding.

He further argues that just because these issues are relatively rare for public bodies, does not make them less disastrous – one suggestion for how to change the end result, is to de-politicise tragedies and improve infrastructures.

To learn about how these ideas can be applied to current disasters like Grenfell tower, and what to literally do to stop this ongoing cycle, read more here.