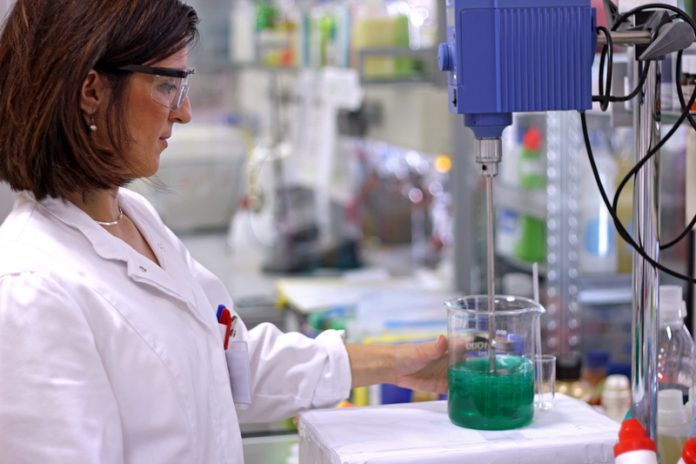 Clair Prosser, Press Officer at BSRIA, highlights why there has never been a more exciting time to be an engineer – especially for females in the industry…

The day was dedicated to raising the profile and celebrating the achievements of female engineers. Engineering continues to be a male-dominated profession: currently, less than 10% of the engineering sector’s workforce is female and yet 64% of UK engineering companies report that a shortage of engineers is threatening their business.

“Industry experts” predict that we need to double the number of UK students studying engineering degrees. But with just 15% of our engineering and technology undergraduates female, “there’s work to be done”. So why so few women? Marketing plays a huge part. In civil engineering – for example – we have a tendency to only show construction sites in marketing materials, even though many engineers spend most of their week in an office.

Julia Evans, Chief Executive, BSRIA, said: “Employers are realising that ‘female friendly’ policies, such as flexible working, go a long way to help attract women. But we also need to change young women’s (and their parents’) mind-sets to realise that engineering offers a wide range of exciting opportunities and career development.

Engineers and technicians touch every part of life. By encouraging girls into engineering careers we will not only be increasing diversity and inclusion – a business imperative – but enabling us to fill the substantial future job opportunities that have been predicted in this sector. BSRIA is very supportive of women going into engineering and proud to be employing many female engineers itself who are flourishing.

History has shown that those who pursue science arguably make the biggest impact to the world; incredible minds provide us with incredible ideas we once might have thought of as unbelievable but are now ingrained in our society. Engineers help make the future a reality.

Women can bring a different approach to achieving solutions, bringing skills such as communication and analytical thinking to the table. And, of course, multitasking.

What can we do to redress the balance?

Industry and government-led initiatives are helping to encourage a rising number of female candidates at graduate level. But there is still a significant, and worsening, gap among engineering apprentices. To close the gender gap at apprenticeship level, the industry will need to be “lateral and creative” in its approach to recruitment.

BSRIA believes we need a “two-pronged attack” to ensure enough women are studying engineering to begin with, and then stay on to reach the highest levels of the profession, should they aspire to do so. Early engagement is key.

The Institution of Engineering and Technology’s new president Naomi Climer (a female) has called for quotas to redress the balance but educators and parents also have a role to play. Outreach work with schools and colleges spreads the word, with mentor schemes enabling young women to hear (and often see) first-hand how great a job in engineering can be. Indeed, BSRIA’s INSPIRE project running throughout 2016 includes a series of events to inspire and engage the workforce of tomorrow with what the engineering industry has to offer. INSPIRE is based around the STEM subjects.

The project raises the questions of why are STEM subjects important. What does engineering mean for you? Why does technology matter? There is one answer to those 3 questions which is quite simply ‘everything’. BSRIA is working with local schools, national and local politicians and the media to promote STEM and change its perceptions.

It’s clear to see the difference that women have made to engineering over the centuries: from Polish physicist and chemist Marie Curie (1867 – 1934): the first woman to win the Nobel prize and the only woman to win it twice; Edith Clarke (1883 – 1959): the first female electrical engineer; Katherine Blodgett (1898 – 1973): the first woman awarded a Ph.D. by the University of Cambridge; and Elise MacGill (1905 – 1980): a Canadian aeronautical engineer, the first female aircraft designer in the world, known as the “Queen of the Hurricanes”. There was also Stephanie Louise Kwolek (1923 – 2014): an American chemical engineer and inventor and creator or Kevlar: now the main constituent of bulletproof vests.

More recent candidates include: British astrophysicist Jocelyn Bell Burnell who worked to create a radio telescope for planetary scintillation and British theoretical physicist and applied mathematician Helen Mason who was involved in skylab – the United States’ first space station. Engineer Jo Da Silva OBE specialised in the delivery of humanitarian aid and helped build and repair refugee camps after the Rwandan genocide. Roma Agrawal is an Indian born structural engineer and was involved in the construction of the Shard on London’s South Bank.

Wendy Sadler started Science Made Simple to inspire young engineers and won the Institute of Physics Young Professional Physicist of the Year award in 2005. Increasing the visibility of women in senior positions helps demonstrate what women can achieve. After all, the more visible women are, the greater the likelihood of other women joining.

And, who knows – with a new female Prime Minister – by 2020 there may well be more women – not only wearing hard hats – but sitting in the boardrooms of engineering companies. Come on ladies – and smash that metaphorical glass engineering ceiling! www.nwed.org.uk

National Women in Engineering Day was set up on 23rd June 2014 by the Women’s Engineering Society (WES) to celebrate its 95th anniversary. Since 2014 the day has focused attention on the great opportunities for women in engineering, at a time when it has never been more important to address the engineering skills shortage