Applied Chemistry at the University of Strathclyde in Glasgow. Over the past 10 years, research has challenged major problems of human and animal health by exploiting the properties of several classes of heterocyclic compounds that target specific proteins or DNA.

The challenge of cancer has been politically promoted and driven by well-funded, professional charitable fund raisers for decades and great strides have been made in new treatments. However most infectious diseases including antibacterial and antiparasitic diseases have not attracted the same attention. This is now changing with the public recognition of the dangers of bacterial resistance to available antibiotics.

Long before such views became widespread, teams at Strathclyde had been investigating compounds that bind selectively to DNA, collectively known as minor groove binders because of their affinity for the eponymous region of DNA. Collaboration between chemists and microbiologists had led to the identification of a group of compounds that were exceptionally potent in killing Gram positive bacteria such as MRSA and Clostridium difficile, both well-known hospital pathogens. A partnership was established with a new, Scottish company, MGB Biopharma, for the preclinical development of one compound; in this partnership, the Strathclyde team provided scientific know-how and advice whilst MGB Biopharma managed and funded the preclinical investigations to internationally accepted standards. This work has now reached the stage at which our most advanced compound has been accepted for clinical trials against C. difficile.

With proof to hand that Strathclyde minor groove binders can have real value in therapy, our teams have turned attention to other opportunities to exploit our collection of new compounds. We’ve expanded studies with colleagues at the University of Glasgow in parasitology (Prof Mike Barrett) to investigate tropical parasitic diseases such as human African trypanosomiasis and animal African trypanosomiasis, both diseases commonly known as sleeping sickness. Compounds have been found that are active against both disease-causing parasites and in the animal case, we’ve progressed to show that one of our compounds is active in an animal model of the disease, a result that strongly encourages further investigation to find a compound optimised for this application. Success in the field of animal sleeping sickness would be a huge economic benefit to sub-Saharan Africa and one well worth pursuing. Another team at Strathclyde (Dr Chris Carter) has shown that there are similar opportunities for the development of a compound to treatment leishmaniasis.

We’ve not ignored cancer. It would not be surprising if compounds that bind to DNA might be useful for treating cancer and indeed others research groups have developed such compounds. In the Strathclyde MGB collection, a small number of compounds that are not antibacterial or antiparasitic have shown up as active against lung cancer, again in an animal model. Many people argue that successful cancer therapy depends upon state of the patient’s immune system, a good immune status leading to successful outcomes. From other teams and other classes of compound working with immunologists from Strathclyde and Glasgow (Profs Billy and Maggie Harnett), we had discovered a class of novel small molecules that are non-toxic and effective immunomodulators, as shown by their ability to treat and prevent arthritis and asthma in animal models. Maybe there’s a new avenue for cancer therapy around the corner by combining our minor groove binders with our immunomodulators.

This is academic science doing one of its jobs and creating a wealth of opportunities. The challenge is to translate them into medicines to treat patients. 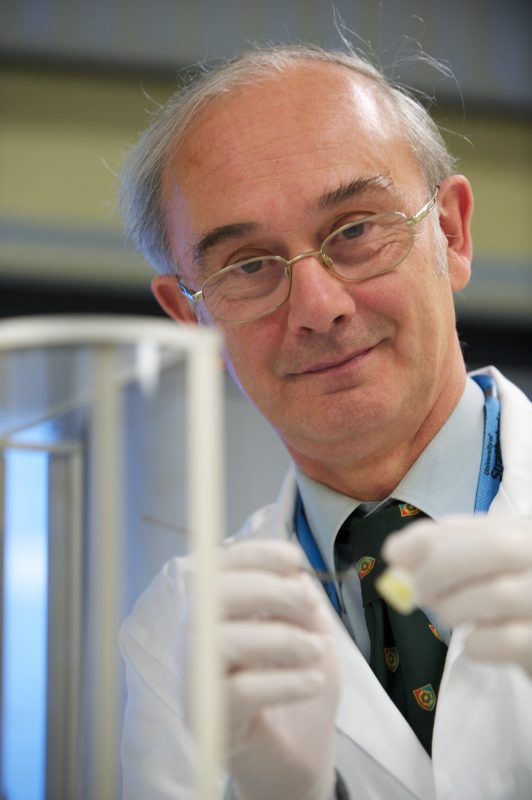