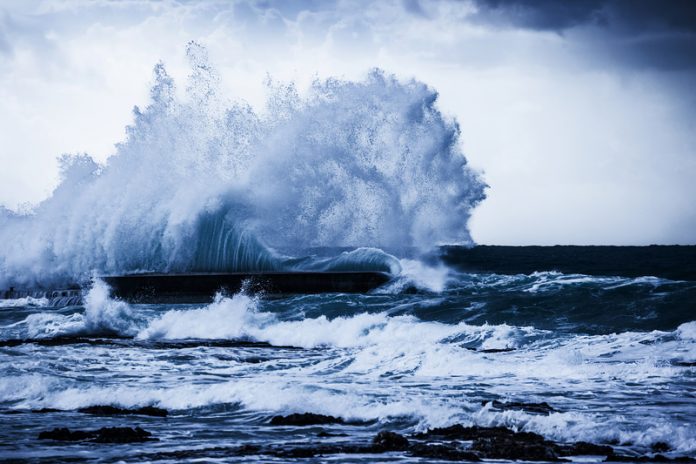 Dr Michael A. Ellis, Science Director of Land, Soil, and Coast at the British Geological Survey outlines the impacts of global warming on the ocean, drawing from both its present state to lessons learned from the past…

The oceans play a major role in climate change. That role goes both ways: the state of the ocean is a manifestation of a changing climate, but that state feeds back into the nature of the climate. The connection between the climate and our oceans, however, is far more complex and nuanced than we had ever realised. But let’s start with some first-order connections. As global mean temperatures rise, the temperature of the surface waters rises, the volume of water expands and sea-level rises.

Warmer temperatures, both in the atmosphere in ocean currents, also leads to greater melting of land based ice, and that extra water adds to higher sea levels. These two processes largely alone, thermal expansion and extra meltwater, have resulted in a rate of sea-level rise of about 3.2 mm per year. That rate is now known, with great confidence, to have accelerated since 1985 and very likely since the beginning of the 20th Century. Warming temperatures also change the amount and distribution of sea-ice. Sea-ice is already in equilibrium with sea-level, and so that water does not add to sea-level rise, but it does add to the freshening of ocean waters. As salinity and surface water temperature change, so too does the nature of ocean currents.

Ocean currents, like mythical Leviathans, lift and lower sea-levels as they arc their way across and through the major oceans. Sea-levels along the eastern seaboard of the US, for example, are rising at rates higher than the global mean because, as has been proposed, the back of the Gulf Stream is arcing higher as it dives more steeply into a freshened North Atlantic. And still it’s gets more nuanced. Future sea-levels will also depend on which parts of the major ice-sheets collapse first. If most of the ice melt is derived from the ice-sheet over Greenland, sea-levels relatively close to Greenland will fall, whereas those farther away will rise more than the mean. The spatial distribution of future sea-levels, particularly over the decadal time-scale, will depend strongly on where the meltwater comes from and how ocean currents respond to equally heterogeneous temperature and salinity changes within the ocean. But over the long-term, at millennial time-scales, we know this: the last time that the Earth had the same atmospheric concentration as today’s atmosphere was about 3.2 million years ago. Then, global temperatures were about 2 to 4 degrees higher than today’s, and sea-levels were significantly (as in about 10 meters) higher.

Climate change also alters the biological and chemical state of the ocean, but in ways that are only now being understood. We have known for a long time that the oceans absorb significant amounts of anthropogenic CO2, which causes the waters to be more acidic and inhibits many organisms from secreting carbonate shells. The slow increase in the oceans’ acidity causes plankton to emit less of the sulphur compounds that help seed the formation of clouds. And clouds reflect incoming solar radiation, helping to cool the planet. On the other hand, warmer waters tend to generate greater amounts of these sulphur compounds, and so the net effect is unknown.

Primary productivity within the ocean is fundamentally controlled by the cycling and recycling of nutrients such as nitrogen and phosphorous. Both of these fertilising elements and related compounds are being altered by increased input from terrestrial sources or by their remobilisation from sediments in estuaries and shallow marine environments. In turn, primary productivity can go into overdrive, as anyone who has witnessed an algal bloom along the coast will verify. As nutrient-induced primary productivity increases, coupled to greater, warming-induced stratification in the ocean, respiration increases and large swathes of ocean water become starved of oxygen.

Geology tells us that in times of elevated CO2 levels, large parts of the global oceanic system become anoxic and biodiversity crashes.

The impact of climate change is not limited, however, to the bottom of the food chain. The distribution of North Sea cod has shifted northwards, and fish migration has generally changed the composition of fisheries and stock distributions. This may be an economic benefit to many nations, but those benefits are likely to be played out in a difficult context of international maritime law. Maritime law itself is historically based on the stability of sea-levels established over the past several millennia, and the makers of maritime law are paying great attention to the implications of higher sea-levels in the future Anthropocene world.