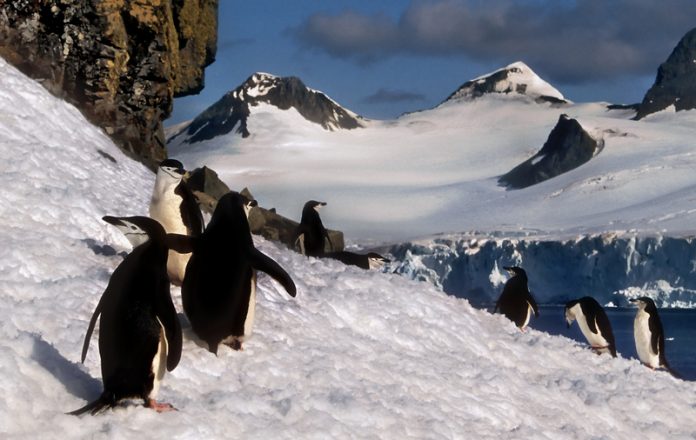 How is climate change in Polar Regions affecting sea ice? Professor Hideaki Motoyama and colleagues at the National Institute of Polar Research investigate

The Polar Regions have the largest amount of fresh water on Earth in the form of snow and ice. These regions also play an important role in the global water cycle and sea level changes. Areas of sea ice undergo considerable seasonal fluctuations, and sea ice contributes to the exchange of heat and energy between the atmosphere and the ocean.

The Meteorology and Glaciology Group of the National Institute of Polar Research, Japan conducts research in the fields of atmospheric science, meteorology, glaciology, sea ice science, oceanography, and paleoclimatology; in particular, the group studies the atmosphere (i.e., the troposphere and stratosphere), cryosphere, and ocean in the Polar Regions. Topics including the phenomena currently taking place, and past global climate and environment are of interest to the group.

To predict future change, studies on the mechanisms of changes in the Earth system are conducted mainly through field observations and remote sensing. In particular, the influence of human activity on the climate is extremely low in Antarctica. Therefore, changes in the Earth system can be studied in this remote area. In this article, we introduce ongoing Antarctic research projects aimed at understanding the role of ice sheet and sea ice, which affect the climate, global water cycle, and sea-level change in Polar Regions.

Recent research observations have clarified that past changes in the Antarctic had a significant impact on the global environment and they continue to do so. Therefore, it is indispensable to elucidate the mechanism of changes in the Antarctic region as a subsystem, to understand changes in the Earth system and global environment, as well as predict future changes. The six year scheme, “Japanese Antarctic Research Plan Phase IX”, started in 2016 by the Japanese Antarctic Research Expedition. Within this scheme, a project entitled “global changes and movements on the Earth system through Antarctic observations” has been launched as the main theme of the prioritised research project for Phase IX. We aim to promote advanced scientific research on Earth and space from a global viewpoint by combining other research categories, including general research projects, exploratory research projects, monitoring, and routine observations. The project is also designed to meet social demands and international research trends with respect to global environmental issues. This project consists of 3 sub-themes, of which our research group is actively involved in the implementation of the following 2 sub-themes.

One of the solutions to elucidating fluctuations in the Earth system is the understanding of specific interactions between the atmosphere, ice sheet, sea ice, and the ocean in the Polar Regions. Furthermore, comprehensive investigations on the response of the ecosystem and solid Earth to events, such as sea-ice/ice-sheet fluctuations accompanying these interactions are necessary. Through this project, we aim to understand distinctive changes in the coast of East Antarctica, and to identify background environmental factors including ocean acidification. Specifically, we aim to make comprehensive observations using physical, chemical and biological methods to address the urgent problem of clarifying the effects of ice-shelf melting and sea-ice fluctuations on the atmosphere/oceanic system, the effects of global warming on glaciers/ice sheets, as well as the relationship between sea-ice dynamics and changes in the marine ecosystem.

Understanding the role of Antarctica in global climatic change through studies of Antarctic environmental history is important. In this project, we reconstruct past environmental variations in Antarctica with timescales of 1,000 to 1,000,000 years, through glaciological and geological surveys from the inland to coastal regions. Ice core drilling exceeding depths of 3,000m has been carried out during recent inland observations. We investigate climate change of the Earth dating back to the past 720,000 years by analysing the latest ice cores. In this project, we aim to clarify the influence of the geomagnetic reversal phenomenon that occurred 770,000 years ago on the Earth system. For this purpose, cores of ice dating back to the past 800,000 years are required. To this end, we will start preparing for glaciological surveys, shallow ice core drilling, and the establishment of new inland stations for the subsequent deep ice core drilling.