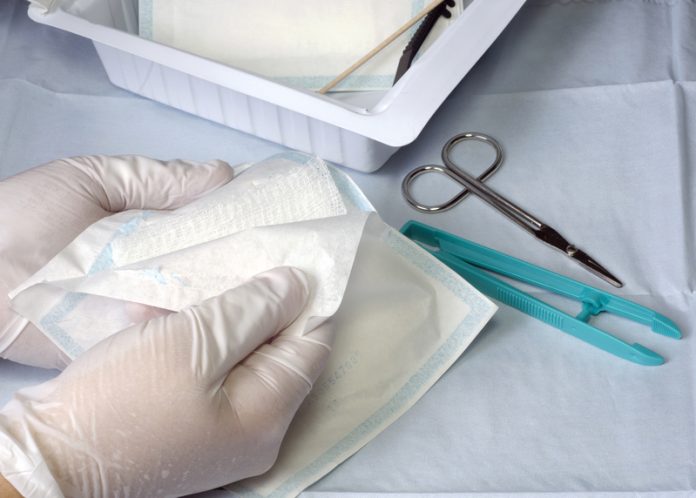 Researchers have created a bandage that changes colour when toxins are present in a wound. Using fluorescent dye the dressing is able to detect bacteria and gives doctors an indication that action is required.

Scientists from the University of Bath said the dressings could be used to treat infections rapidly, particularly in high risk groups such as children with burns.

The overuse of antibiotics is a global issue, one that could plunge medicine back into the dark ages. Currently, this group of drugs is prescribed ineffectively, particularly for wound care. The situation is so serious that earlier this year the UK’s health guidance board the National Institute for Health and Care Excellence (NICE) called for doctors who overprescribe antibiotics to be disciplined.

In October, a Review on Antimicrobial Resistance said there was a need for new diagnostic test to identify infections quickly, enabling the correct treatment to be administered. Currently, it takes around 36 hours to culture bacteria and to get a definitive answer on what the infection is, as well as what can be used to treat it. Pressure on doctors is leading to many patients receiving treatments that are, at times, not necessary.

The review said tests such as this would lead to a fall in the number of antibiotics prescribed needlessly. The misuse, and indeed the use, of these drugs is leading to numerous pathogens becoming resistant. In fact, in the future many commonplace pharmaceuticals could become obsolete. The review warned there were examples of antibiotics being prescribed as precautionary measures, rather than when required. Diagnostic tests could limit the number of antibiotics prescribed. However, many pharmaceutical firms are not commercially interested in producing these tests.

Many doctors will give antibiotics as a precaution against infection, as removing bandages from a wound or burn can cause scarring or pain to the patient. The ability to see if a wound requires pharmaceutical intervention without removing the dressing would greatly reduce the amount of antibiotics used by doctors.

Dr Toby Jenkins, reader in biophysical chemistry at Bath, leading the project, said “it could really help to save lives.”

The Medical Research Council has given the researchers £1m to test how responsive the prototype dressing is.