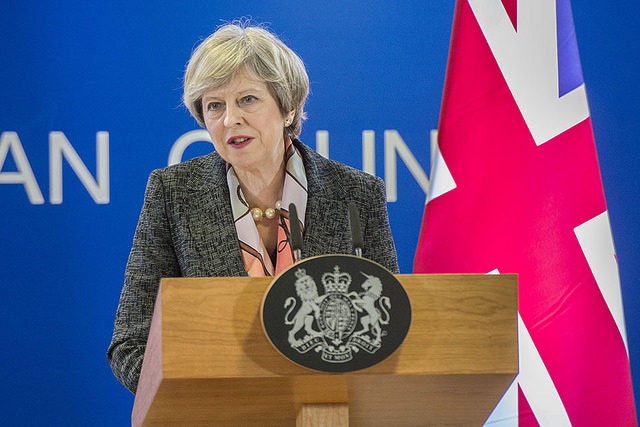 Despite delays due to today’s tragedy at Grenfell Tower in London, sources have told the BBC that the talks were not in trouble.

Both parties felt that an announcement in the wake of the tower block fire would have been ‘inappropriate’.

The delays do mean that the deal might not be finalised until next week, which would further delay the Queen’s speech, originally planned for next Monday.

Due to the Conservatives losing seats in the election and not winning a majority, they are relying on the support of 10 DUP MP’s.

This means that The Prime Minister, Theresa May will remain in Downing Street and the DUP MPs will be central to the survival of a Conservative Party administration.

Speaking following her meeting with the French President on Tuesday, May said that talks with the DUP had been productive and that Brexit negotiations would begin as planned next week.

However, the delay of an announcement could halt Brexit plans also.

What a DUP coalition would mean

DUP politicians will not be getting cabinet jobs and their support for the majority of new legislation will be based on a vote-by-vote basis.

The DUP are expected to offer support for key votes like backing the Queen’s Speech, the Budget and any votes of no confidence.

Although the DUP campaigned for Brexit, they are mindful that 56% of people in Northern Ireland voted to remain in the EU and are said to be advocating a Brexit that does not disrupt the ‘frictionless border’ with the Republic of Ireland.

The party have opposed Conservative policies such as means-testing the winter fuel allowance, as well as campaigning for a higher living wage.

They are also looking for more investment to be made in Northern Ireland with an increase in borrowing powers and looser budget controls.

With regards to a Brexit deal, Former PM, David Cameron has said that Theresa May needs to “listen to other parties” when she reviews her strategy.

The Financial Times has reported that Cameron said there would be pressure for a “softer” exit from the EU after the Conservatives failed to win a majority at the election.

Speaking in Poland, he said the PM should “consult more widely” both inside Parliament and beyond.