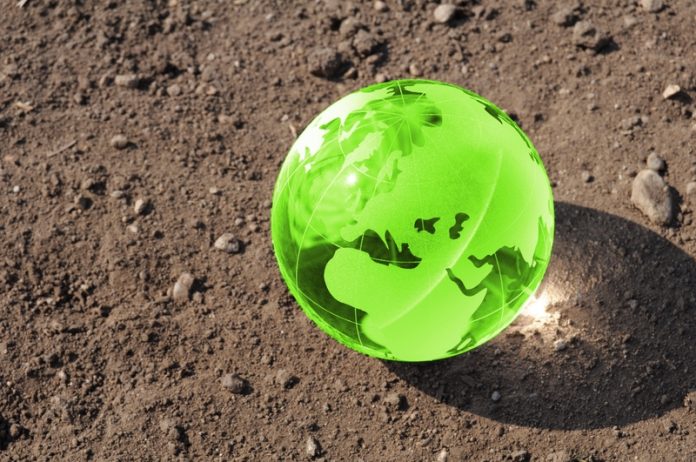 Dr Daniela Jacob, of the Climate Service Center talks about COP21 and the role of climate services…

After the dust has settled on COP21 – and now that the Paris Agreement is open for signature – it remains the case that the agreement represents a very important step forward in relation to global climate change mitigation, as well as adaptation to the impacts of climate change. For the first time, an international climate agreement has a goal to not just hold global warming below 2°C, but also critically specifies this goal as holding global warming well below 2°C. In addition, the agreement contains a clear aspiration to limit warming to 1.5°C. Furthermore, the Paris Agreement specifies that anthropogenic greenhouse gas emissions and removals have to balance in the 2nd half of the century.

However, let’s not forget that based on the current INDCs (Intended Nationally Determined Contributions) we are not even on track for 2°C, let alone 1.5oC. On the contrary, the national mitigation contributions would most probably lead to a median warming of around 2.7°C by 2100. On the one hand, this means that a majority of national governments need to enhance their mitigation contributions in order to achieve this main Paris Agreement’s purpose. On the other, we have to recognise that we are living in a changing climate and that impacts of climate change are already visible today. This is why it was important, that besides mitigation also adaptation was prominently addressed in the Paris Agreement.

This is the point where an institution like the Climate Service Center Germany (GERICS) comes into play, with its mission to offer products and services in a scientifically sound manner to help decision makers in a range of different organisations from government, to administration and business, adapt to climate change and variability. GERICS works at the interface between science and society, and as such its work is characterised as being highly inter- and transdisciplinary in nature. The institution was initiated in 2009 and has become a well-established and influential player in the climate services arena both within Germany and internationally. As such, GERICS has strong connections with major scientific research organisations across the world, and is equally well connected in a number of business and administration networks.

In developing prototypical climate service products, the focus is on the development of products which can enable and assist the decision making process, and so are duly highly practice oriented. GERICS has a number of different resources at its disposal for developing products, not only the in-house scientific expertise, but also through scientific networks, and has access to high-performance computing for complex model simulations. The user specific knowledge transfer through an iterative approach ensures that products are tailored specifically to the users’ needs. Moreover, as part of its commitment to quality assurance, GERICS undertakes a critical evaluation of the products, by assessing the impact they have on decision making.

Impacts under a global +2°C warming

One activity of GERICS which was highly linked to the Paris Agreement and also influenced the debate at COP21, was the participation in and the coordination of the four-year EU-project IMPACT2C (www.impact2c.eu), with 29 partner institutions. In this project a team of researchers from twelve European and four Asian and African countries identified and quantified the impacts and most appropriate response strategies of a 2°C global warming for Europe and selected vulnerable regions in other parts of the world.

The key findings, summarised in the IMPACT2C web-atlas (www.atlas.impact2c.eu), indicate that +2°C global warming will have major impacts on the environment, society and the economy across the project case studies. According to most new climate scenarios, we will hit 2°C warming before mid-century. If we continue in the direction of a high emission scenario, 2°C will be reached around 2040 and even under a stabilisation scenario, 2°C will be reached before 2050. Therefore a follow up activity led by GERICS will now take a more detailed look at the impacts under 1.5°C, referring also to the Paris Agreement.

Particularly since COP21 it has become even more apparent that responding to climate change involves both mitigation to address the causes and adaptation as a response to the changes. Hence a main current activity at GERICS is focusing on the energy sector and other critical infrastructure, and analysing how climate change might influence the transformation to a low-carbon-society. Critical infrastructure is of particular importance since failure or functional impairment can have immediate and high impacts on numerous economic sectors, and society as a whole.

These climatic changes are also of relevance for the energy sector in Germany. The German “Energiewende” – as a role model for decarbonisation – is characterised by an increasing share of decentralised small-scale renewable energy sources feeding directly into the regional distribution grids. This triggers the need for grids and other infrastructure projects. Due to the long life expectancy of investments, the planning of such infrastructure should consider the potential impact of changes in regional climatic conditions on the necessary requirements. First results show that mainly the system grid infrastructure has to be designed such that it is adapted to future climatic conditions, since a maladaptation may lead to deadweight losses, either due to stranded investments, or due to losses resulting from recurring outages.