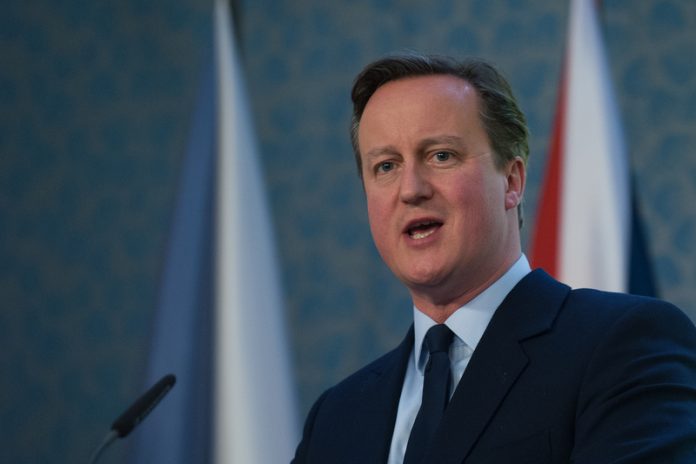 David Cameron announced earlier this morning he would step down as PM, but is this decision the right one?…

This morning has been a whirlwind of activity as the nation comes to terms with the outcome of the referendum vote.

Speaking from Downing Street this morning, David Cameron revealed he would not be the one to lead the UK through the upcoming negotiation process, stating he would step down as Prime Minister in the coming months. The PM suggested he was aiming to be out of office by the Conservative party conference in October.

Throughout the campaign, Cameron has been vocal regarding his support for continued EU membership. He, and many of his ministers, made no secret of their political views. However, when the votes were counted it emerged the Remain campaign lost 48.1 per cent to 51.9 per cent, and despite Cameron’s efforts to keep the UK in the EU the public had spoken for an exit.

His resignation was issued after 8am this morning and while not wholly unexpected it was a blow. In previous discussions Cameron vehemently said he would not step down in the event of a Brexit vote and that he would lead the nation through the process of renegotiating its position in the global community. In fact, as early as March this year he was expressing he would remain in power no matter what the outcome of the vote. Labour MP Richard Burgon asked during Prime Minister’s Questions “If the British people vote to leave the European Union, will the Prime Minister resign, yes or no?” Cameron responded with a simple “No.” This assurance undoubtedly gave some measure of confidence to the UK, knowing he would oversee what promises to be a difficult process.

However, this morning Cameron said while he would attempt to “steady the ship”, he would not be the one to captain it. His resignation, which was given in the presence of the world’s media and his wife, was difficult for him to deliver. He said it would be up to the new PM to invoke Article 50 of the Lisbon Treaty once in power, indicating nothing will happen for at least the next few months—although EU heads have indicated the process should take place “as soon as possible, however painful that process may be”.

Following the vote, Cameron said “fresh leadership” was needed, but is this decision right? It is disappointing that he chose to step down during a time when the nation will need a strong leadership. Having a familiar presence at the head of negotiations would have been preferable and might have offered some assurances for the global community. Additionally, a leadership race will detract from the main issue of rebuilding the UK from outside the EU.

However, in reality it would be difficult for the PM to continue in his role and negotiate the exit process with any measure of confidence from the public. It is likely a Brexit supporter will step into the PM role, but who will take that job remains uncertain. Former Mayor Boris Johnson is expected to be among the candidates, as is Theresa May, but it is early days to speculate on who will be among the front runners for the coveted position yet.

While stepping down must have been a difficult decision for Cameron, in retrospect it is probably the right one. The UK needs to forge ahead and begin the process of detangling itself from the EU—doing that will require a firm hand and a strong leader whose aims align with the outcome of the vote.

Whoever takes over from Cameron will need to have a forward focus and will need to wholeheartedly support building the best relationships for the country without the EU. That individual will need to have the confidence of the UK behind him or her—something Cameron as a pro-EU supporter might have struggled to gain.