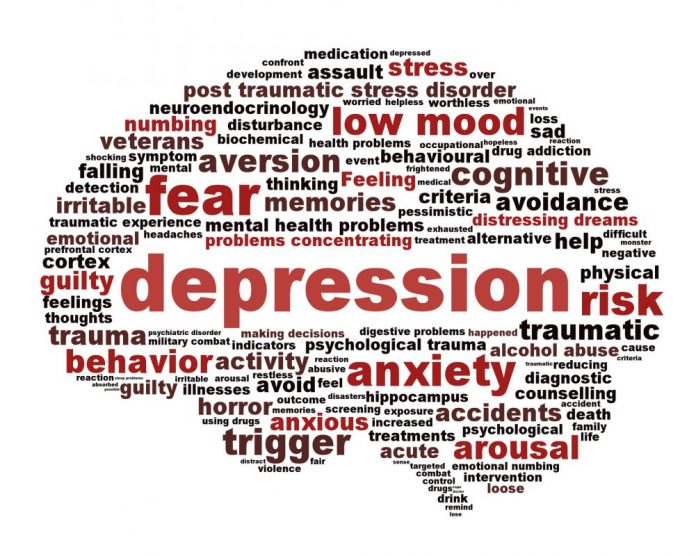 Depression is common in young people, with around 1 in 20 of those in adolescence affected. This leads not only to distress for the individual and their family and carers, but also social and educational impairments. Depression is also a major risk factor for self-harm and suicide, and there is an association with poor physical health, including increased rates of smoking and substance misuse, and obesity. There is a high recurrence rates in adulthood – young people who experience depression are more likely to experience an episode in adult life, compared to young people who do not. Adolescent depression is therefore a major clinical problem but there are treatments available.

Everyone’s experience of depression is different. However, there are common symptoms listed in the diagnostic criteria, such as those of the International Classification of Diseases (ICD-10), published by the World Health Organisation (WHO). The criteria for a diagnosis of depression in young people are similar to those in adults, with the core symptoms being depressed mood most of the day and almost every day, loss of interest or decreased energy. Irritability is also a core symptom in adolescence in the Diagnostic and Statistical Manual of Mental Disorders (DSM-5), published by the American Psychiatric Association. Other possible symptoms include: loss of confidence, unreasonable or excessive feelings of guilt, change in activity levels (agitated or ‘slowed down’), concentration and sleeping difficulties, appetite loss/gain and a corresponding change in weight, and self-harm or suicidal thoughts/behaviour.

However, the diagnosis is more often missed in adolescents than in adults. This might be because the presentation can be different in young people, for example because of the presence of irritability and fluctuating symptoms. The primary presenting problem may not be specific to depression, for example physical symptoms such as pain (especially in younger adolescents), a decline in academic performance or social withdrawal. Many young people with depression have at least one other mental health difficulty, which can also complicate the assessment and management.

There is a range of risk factors for depression in adolescence – including individual, family and social issues. The strongest risk factors are a family history of depression and exposure to psychosocial stress, such as bullying. Offspring of parents with depression show 3-4 times increased rates of depression compared with offspring of non-depressed parents, although many children of depressed parents do not experience difficulties. Usually there is a complex interaction of the factors above, although there may not be an obvious reason.

The treatment of depression is targeted at the reduction of early and later adversities, modification of ways of thinking and feeling (such as cognitive behaviour therapy and other psychotherapies), and antidepressant medication in more severe episodes. Prevention strategies focus in particular on a combination of education and psychological approaches. There has also been increasing interest in resilience, which could be defined as better than expected functioning across psychosocial outcomes over time, in the context of a known risk factor (such as a family history of depression). Protective or resilience factors can inform prevention and management approaches.

There have been government calls for an emphasis on prevention and early intervention of depression, and centres such as the Child and Adolescent Psychiatry Section at Cardiff University have led studies in this area. For example over recent years, the ‘Early Prediction of Adolescent Depression’ (EPAD) study aimed to understand the links between parent and child depression. The study has also looked at protective and resilience factors in relation to adolescent depression. The translational aims of EPAD included increasing awareness, and improving assessment, prediction and monitoring of depression in children and adults.

Further to this study, a group within the department is developing an online multimedia package and accompanying ‘app’ to help young people with (or at high risk of) depression and their families. This is funded by the National Institute for Health Research (NIHR), and is consistent with the National Institute for Health and Care Excellence (NICE) guidelines for ‘Depression in children and young people (Identification and management in primary, community and secondary care’), which were updated earlier in 2015. These stress the need for good information for the young person, family and carer and the use of psychosocial interventions which are evidence-based in the initial management.
Engaging young people in prevention and early intervention programmes is a major challenge for health and other services, as is improving the identification of depression and its management in this age group.