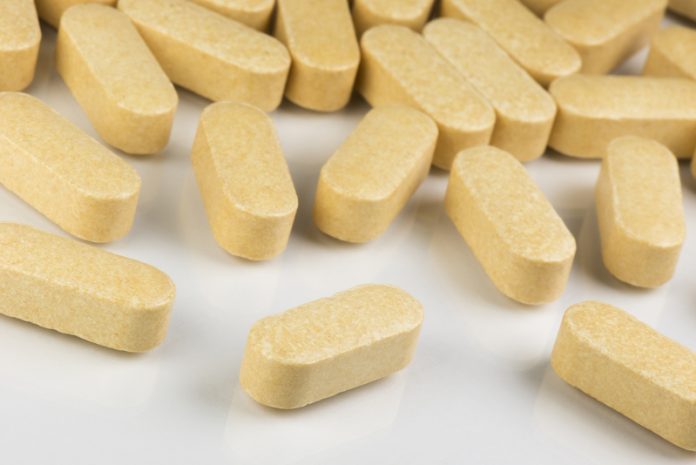 Terra G. Arnason and Troy A.A. Harkness from the Departments of Medicine, and Anatomy and Cell Biology at the University of Saskatchewan detail current strategies to prevent or reverse multiple drug resistant malignancy…

Multiple drug resistance (MDR) can be present from the outset (inherent) or develop (acquired) in response to drug therapy, whether it be to treat viral or bacterial infections, or aggressive cancers. MDR implies that treatment resistance is present not only to the original drug(s) used for therapy, but also against chemically and structurally distinct drugs that may have not yet been used in treatment. MDR places a heavy burden on society, with financial, emotional and mental costs, with few effective treatments, particularly those that are tolerable. Not surprisingly, common mechanisms of drug resistance occur in all systems (1). Examples include new mutations of drug targets (to avoid their recognition), such of that the drug-drug target interaction is abolished, or mutations that amplify drug efflux pumps that result in low intracellular drug concentrations; these are universal steps towards drug resistance. However, the development of MDR is not this simple, and as research progresses it is becoming clear that there are multiple, complex ways that cells develop treatment resistance and that the development of an MDR cell population is not arising from a single underlying mechanism, but likely multiple, stacked events. As we identify the numerous biological pathways predicted to be hijacked for MDR cell survival, it is likely that, in turn, this will reveal clinically useful biomarkers of MDR development and novel targets to facilitate MDR reversal.

When considering individuals with cancer, the diagnosis of acquired MDR cancer is based on response to therapy, including the observation of ongoing disease progression during treatment or a robust regrowth/spread of cancer, shortly after therapy is completed (2). A great limitation to current cancer therapy is our inability to predict, detect, and effectively treat these MDR malignancies. Protein markers of MDR have been described in a variety of unrelated cancer types, but are not currently used to make clinical decisions. Screening cancer patients for expression of these protein markers prior to clinical presentation may be a means to detect MDR development even before ineffective, toxic chemotherapy is given again. Overexpression of the drug efflux pumps, such as MDR-1 (Multiple Drug Resistance 1) and BCRP (Breast Cancer Resistance Protein), are well-established markers of MDR, yet for a variety of reasons inhibitors against MDR-1 have not been successful in clinical trials in part because of toxic side effects to these designer drugs (3). Currently, treatment of MDR cancers involve multi-drug cocktails of second line agents that have less tolerable side effects and potentially more significant toxicities to the patients. The decision to forego further therapy and switch to palliation is a common result of the appearance of MDR malignancy. There is an urgent need in this important population of cancer patients to address these issues. In order to effectively treat patients with MDR cancers, it will be critical to identify markers of MDR to enable early detection of MDR development prior to clinical failure, and to find non-toxic, effective, and synergistic methods to reverse the MDR phenotype.

How to study MDR in a test-tube

The questions our research group are asking currently focus on the two concepts: how does MDR develop? And, how can it be reversed? We have developed a rapid method for selecting drug sensitive cancer cell lines, grown in the lab, for drug resistance, as an in vitro model to reveal the biological pathways that are recruited during MDR development (4,5). We are identifying key pathways necessary for MDR development through comparative gene expression between the original sensitive, and selected resistance, cell populations. Genes that are significantly differentially regulated between these two states may be considered as novel targets so that new therapeutics can be designed against them and alter their function. For example, using breast cancer cells selected for resistance to the first-line anthracycline cancer drug class, we were able to show that proteins that are switched off in developing cancer cells, are turned on again as the cells transform into aggressive MDR cells (4). One particular protein, called Tissue Factor Pathway Inhibitor 1 (TFPI1), was of interest, as it was one of the most highly expressed genes as cells develop MDR, suggesting that inhibiting this step may abrogate MDR development. Intriguingly, we found that TFPI1 transitioned from the cell surface to a position within the nucleus called the nucleolus during this transformation, and that artificial overexpression of TFPI1 in drug sensitive cells rapidly led to augmented levels of multiple markers of aggressive cancer. TFPI1 is not currently considered a target for cancer therapies, yet further testing may support development of agents against TFPI1.

Can MDR be reversed or prevented?

As noted above, attempts to treat MDR malignancy frequently involve toxic agents with significant side effects to prolong survival, without providing a cure. For over 10 years, we have appreciated that insulin-sensitising agents contribute synergistically to the effective killing of MDR cells in the lab. Insulin sensitisers, including Troglitazone and Metformin (MET), were used worldwide to treat insulin resistance associated with Type 2 Diabetes and other insulin resistant states (6). MET is globally prescribed to millions of Type 2 Diabetics, with patients taking MET having reduced onset of many types of cancers (7), supporting a role in primary prevention, yet we, and others, have demonstrated that these agents inhibit the proliferation of existing cancer cells grown using cell culture, including those classified as MDR. Interestingly, protein expression of the drug efflux pumps (MDR-1 and BCRP) MDR markers was reduced following MET treatment in vitro. We find MET to work synergistically in combination with other drugs to kill MDR cancer cells, even those drugs that the cells are resistant to. Also exciting is our recent observation that MET can prevent the development of MDR cell population’s in vitro, despite strong selection pressure for drug resistance. If this is true with further testing, then MET may play an important role following initial treatment response, to prolong the disease free duration and prevent the development of MDR, particularly in those cancers with high MDR rates such as breast, colon, and lung.

In vitro artificial cell lines, with their homogeneous genetics, cannot replace the assessment of MDR cancer arising within cancer patients (in vivo). However, the years required to follow these patients, and our current inability to identify those who are particularly at risk of developing MDR prior to obvious clinical failure, makes human studies extremely difficult to carry out. We have made use of an excellent heterogeneous animal model of spontaneous MDR. We have recruited companion canines presenting with recurrent, treatment resistant (MDR) lymphoma into our study, where they were treated with MET in addition to their regular failed therapy. In all cases, MET reduced markers of MDR in these very sick dogs, and in 1 of the 4 cases studied, remission was achieved with loss of tumour mass. We are repeatedly sampling these large lymph node tumours, and analysing the changes in tumour gene expression of these dogs over time as they progress through their treatment. Using microarray, we are identifying biological pathways involved in the reversal of MDR tumours.

To address the clinical usefulness of MET in preventing, or delaying MDR development, we are again using our in vivo companion canine model. In this case, we are recruiting treatment-naive dogs upon their first presentation of lymphoma and prior to any chemotherapy, to determine if the additional of adjunct oral MET effects relapse rates and MDR development. Canine lymphoma relapses at very high rates, typically over 1 year, and MDR arises predictably with each subsequent relapse, making this a useful model to study MDR prevention with the addition of MET therapy. Our results using cell and animal models provide hope that MDR cancers can be both prevented and reversed.

Departments of Medicine, and Anatomy and Cell Biology