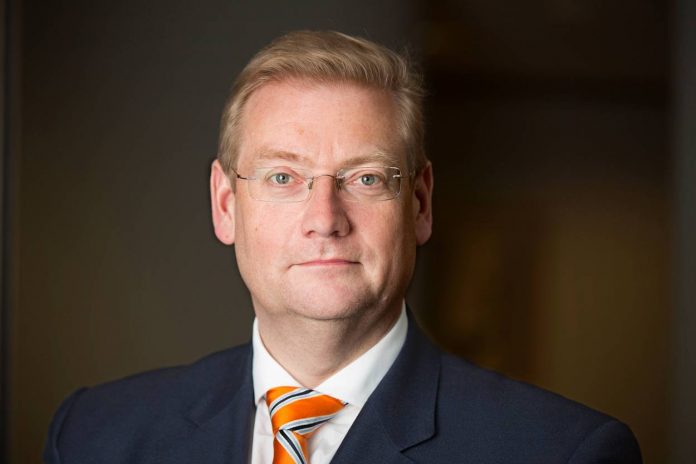 Ard van der Steur, Minister of Security and Justice in the Netherlands outlines how Member States are coming together to work as one, in order to prevent terrorist attacks…

The ISIS-attacks in Paris (November 2015) and Brussels (March 2016) show the vulnerability of European countries to relatively large scale terrorist attacks and illustrate difficulties in detecting terrorist networks and their travel movements on time. The Member States of the EU are faced with a challenge that may not be new, but that is urgent nevertheless: terrorism is not stopped by borders, as preparations to a terrorist attack may very well take place in a country different from the one in which the attack will actually be carried out. To counter this kind of threat, the exchange of information between law-enforcement agencies and intelligence services within Europe is essential.

Under the Netherlands EU Presidency the priority has been to improve the European exchange of information, especially in the field of counter-terrorism, commitment on improving the sharing of information and improving the quality and usability of information and systems. The starting point was a change from need to know to need to share. To get there we have launched new initiatives and strengthened existing ones.

The threat of new terrorist attacks in Europe remains a very real one, with various actors (ranging from transnational terrorist organisations to lone actors) and possibilities for both small and large scale attacks. Attacks such as those in Paris and Brussels demonstrate a significant ability of terrorist organisations like ISIS to conduct attacks against the West. The majority of the perpetrators of these specific attacks were most likely trained in Syria. There are a number of indications that ISIS might very order terrorist attacks in Europe again. Other violent jihadist groups that have flourished in the recent instability of the Middle East and Northern Africa, may also be pursuing an international agenda, which increases the threat they pose to Western interests. Meanwhile, lone actor terrorism – whether it is inspired by violent jihadist or by right or left wing extremism – also remains a current threat to European countries. These are some of the main conclusions of the National Terrorist Threat Assessment for the Netherlands (DTN), which is drawn up by the National Coordinator for Security and Counterterrorism.

Given the international nature of the terrorist threat it is not enough that our national intelligence – and police-services are functioning efficiently and effectively. Our national security also depends on information from other countries, in particular the EU Member States. This signifies a shift from national security to European security cooperation.

This means that each Member State must find a way to facilitate the sharing of reports of radicalisation and extremism with the police and intelligence-services. Subsequently, there is a need for a system of follow-up in each country, resulting in a tailor-made approach to individual cases of extremism, ranging from preventive care to repressive measures if laws are violated. For the international exchange of information, data needs to be validated and verified and other contexts in which these data could be relevant need to be looked at as well.

Therefore we have strived to realise a further increase in the quality and usability of information and European information-sharing systems, both existing and new ones. Moreover, we are trying to move towards a model in which the performance of Member States concerning information sharing and the use of European and international systems is monitored.

During the Justice and Home Affairs Council of June 2016, all Member States and the European institutions endorsed a roadmap to improve information exchange and use of information, including solutions for interoperability of data systems in the JHA area. This roadmap proposes measures to improve the quality and usability of data and European and international systems including police, public prosecution services and services responsible for border control. During the JHA Councils and a number of high official meetings under the Dutch Presidency, we have laid the groundwork by discussing the legal, practical and cultural problems on the one hand, whilst proposing solutions on the other hand. These discussions were followed by deliberations between the Member States and European institutions to discuss the package of agreements. With the endorsement of the roadmap the Member States and EU institutions showed strong commitment to ensure that:

Europol has played a central role in the European response to terrorist threats. For example, Europol has set up the Counter Terrorism Centre as an enhanced information hub enhanced central information through which the Member States can increase information sharing and operational coordination. After the Paris and Brussels attacks, a number of countries set up the task force ‘Fraternité’ within Europol and joint investigation teams to investigate the attacks. Almost 4 terabytes of information have been shared, leading to thousands of notifications and (financial) leads.

Finally, the Counter Terrorism Group (CTG) has also played a major role. The CTG is an intelligence-sharing forum between various European states (including Norway and Switzerland), which specifically focuses on counter terrorism intelligence. The security services in the Counter Terrorism Group have set up a platform and database for real time sharing and analysis of operational intelligence, particularly on foreign terrorist fighters. This is a big step. Officers from most European intelligence services are physically co-located in one building and use the same database to share operational intelligence and find connections between cases. During the last JHA council it was decided that the CTG will be present at future JHA councils if counter terrorism is on the agenda.

Good international cooperation in the fight against terrorism naturally begins with a comprehensive national approach. Each individual country in Europe after all has to deal with its own nationals and residents in an appropriate manner. With the adaptation of the Roadmap and the initiatives of Europol and the CTG, we have taken steps to strengthen the political commitment to share all relevant information, monitoring of performance by Member States and improve the quality and usability of data and systems. I firmly believe that this will benefit operational investigations as it allows swift and timely provision of high-quality information to police officers, border guards and immigration officers and other front-line practitioners. I also firmly believe that as a result the security of our all of our citizens will be enhanced.

Minister of Security and Justice

Ministry of Security and Justice, Government of the Netherlands