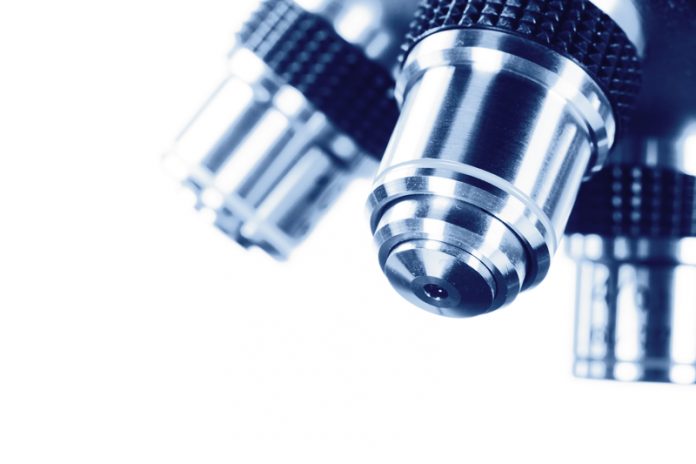 Researchers from Europe have invented a new microscope that could save millions of lives each year.

The microscope was developed by the Scalable point-of-care and label-free microarray platform for rapid detection of Sepsis (RAIS) project, and co-ordinated by the Institute of Photonic Sciences (ICFO) in Barcelona, Spain.

It received just under €3m grant from the Horizon 2020 fund and the Photonics Public Private Partnership. The project comprises of partners from Spain, Switzerland, Germany, Belgium, the UK and Italy represented by ICFO.

The microscope is capable of detecting infections caused by bacteria such as E.coli or Staphylococcus. It can also detect sepsis, an inflammatory reaction in the body that kills some 20,000 people per day worldwide. Some 44,000 are thought to die each year in the UK alone.

It is able to detect more than a million biomarkers that can be used to diagnoses life-threatening infections such as sepsis. This will revolutionise the diagnosis process for these infections, which currently require tests that can take as long as a day to perform while the microscope can produce results in 30 minutes.

Senior researcher Dr Josselin Pello said: “Doctors need a quick, reliable way of detecting sepsis and what stage it has reached. Current methods exist, but they are too slow: they can only look at a couple of parameters at a time and they will not tell the physician what type of bacteria is present that is causing sepsis. A doctor may not therefore prescribe the correct treatment in time.”

Dr Cindy Rechner, clinical trial co-ordinator at Thermo Fisher Scientific, added: “Not only can the RAIS device save lives through faster diagnosis of sepsis, but at under €50 per patient for a test it could remarkably reduce the estimated €spent each year in Europe and the USA on hospital stays and unnecessary drugs.”