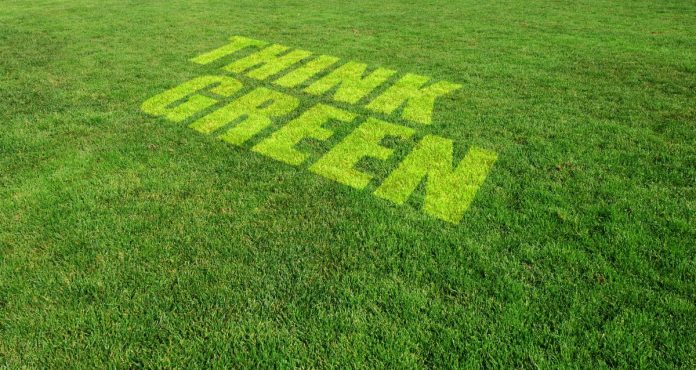 Cillian Lohan, environmental scientist and a member of the European Economic and Social Committee (EESC), outlines why we must push ahead with the transition to a circular economy…

We often hear lip service to the recognition that we live on a finite planet, and that we must improve resource efficiency. There are various measurements of this and ways of illustrating it. Last year the BBC reported that if we all lived and consumed like an average American we would need 4 “Earths” to sustain us. If we consumed like the average French person we would need 2.5 planets to meet our needs. In fairness, it should be pointed out that the BBC was reporting on a study carried out elsewhere, lest it seem that the UK’s national broadcaster was casting disparaging judgements in the direction of its European neighbour.

Sustainable consumption and production were already part of the discussions taking place at the Earth Summit in Johannesburg in 2002. Resource efficiency is one of the headline targets of the EU 2020 Strategy. We have climate change mitigation goals and we have many national sustainability charters and strategies.

None of this is particularly new, and it could be argued not much of this has been making the drastic changes that would seem to be urgently required in order to set humanity on a very different trajectory to the one currently deployed almost as a disastrous default.

But now we have what may just be a game changer piece of policy. The Action Plan for a Circular Economy, called Closing the Loop, emerged from the ashes of the (former EU Commissioner for the Environment) Potočnik driven withdrawn package of 2014.

There was criticism of the reduction of headline targets and of insufficient measures on built-in obsolescence, there was applause and support in recognition of the inclusion of more upstream considerations – specifically the appreciation that the first step in bringing the principles of circularity to an economic model is to get the design of products right. It could be better, it could be worse. The reality is that it now exists, it is a step in the right direction, even though it could be more ambitious and visionary.

The Circular Economy model is driven by a vibrant secondary raw materials market. This requires some basic elements such as a clean and reliable source of good quality secondary raw materials, no matter the industry. It involves moving away from an ownership based economy and introduces the widespread use of leasing models. In a truly circular economy there is no waste, as every element that is introduced to the manufacturing loop is re-used in one form or another. The concept as promoted by the European Economic and Social Committee in our opinion on the whole Circular Economy Package involves manufacturers or producers retaining ownership of the component parts of their products, once their functionality has come to an end.

This gives manufacturers a liability for the expected duration of the functioning of the product (which in an attempt to eliminate unidentified planned obsolescence, would carry a life expectancy label) and gives them ownership and responsibility for the component parts of the product once that usage period is over.

This retained ownership and responsibility incentivises the manufacturer to design the product in such a way as to make it economically viable to separate the component parts for reuse. A product which retains ownership and a value is no longer waste but rather a valuable resource.

There are more aspects to the functioning of this new type of economy. In many ways it is a return to the concept of less waste which is something that was lost in recent generations as affluence increased. But for individuals in a circular economy the quality of life and access to products and services is not diminished but enhanced.

All of this sounds win-win. It is not. As with any new economic revolution there are disruptions and there are losers. Policymakers will have to identify those losers as early as possible and ensure that a policy framework can support a just and fair transition, protecting both workers and businesses through education, awareness and support for diversification.

So, why should we feel that this Circular Economy Package is any different to what has gone before? And why does this potentially represent the first step in an impending paradigm shift? There are 2 reasons. Firstly the whole range of legislative proposals that come with this Action Plan give teeth to the ambition. Secondly, the political momentum that can be maintained if this Package is linked to the other initiatives that prevalent.

These include the Sustainable Development Goals, the drive for a low carbon economy, the Sharing Economy, the Digital Economy and the Functional Economy. Shifting to a circular economic model can drive competitiveness, and signal the first steps in a sustainable re-industrialisation of Europe. It can lead to job creation and wealth in all corners of Europe, both rural and urban.

The European Economic and Social Committee intends to contribute to the necessary discussions on the transition to a circular economy, in particular with a dedicated European platform bringing together interested stakeholders. The Committee will continue to play its part in ensuring that civil society is fully involved and shapes the type of future that we both need and deserve.