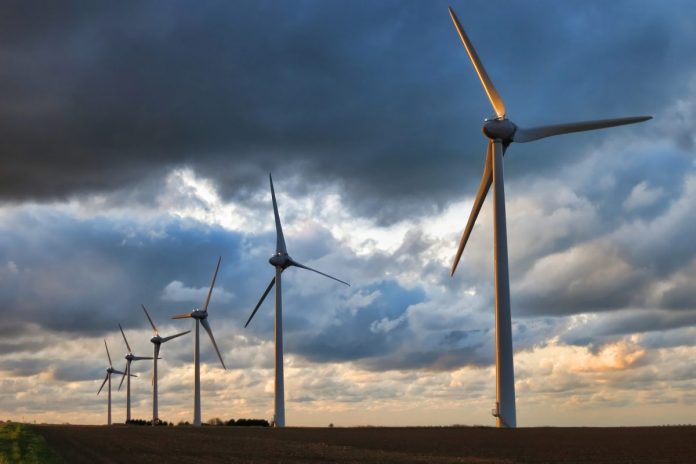 According to the World Energy Council’s Scenarios, the total primary energy supply (TPES ) will increase by 27-61% by 2050 and despite the continuing strong growth of renewables, fossil fuels will remain the dominant source of energy, accounting for 59-77% of the primary energy mix. How can we ensure that this demand will be met and in a sustainable manner? The range of available options is narrowing as time passes by.

The simplified image of the energy Trilemma hides a multitude of links between public and private entities, governments and regulators, constantly changing economic and social factors, availability and diversity of national natural resources, environmental concerns, individual behaviour, interdependencies between different stakeholders and many more.

Energy projects have long lead times and require long term policies and regulatory stability. A long-term view is a key to achieving sustainability in the energy sector.

The Choice of Technologies

The current global energy mix is heavily dominated by fossil fuels: coal, oil and natural gas. However, with the increasing concerns about climate change, renewable energy is widely believed to be much cleaner than fossil fuels and it is increasingly becoming more attractive economically. The World Energy Council in its scenarios indicates that renewable energy is poised to gain significant market share over the next few years. Although renewables are still more expensive than conventional energy, production costs have dropped significantly over the past 2 decades and the gap between the cost of conventional and renewable energy is narrowing. Given the growing pressures to reduce greenhouse gas emissions, new policies might be introduced which will make fossil fuels more expensive than renewable energy. Increased regulatory costs can lead to renewables becoming the lowest-cost fuel on the market.

The Economies of Renewable Energy

Although renewable energy is often considered to be a “new” industry sector involved in an unfair struggle against “Dirty Coal and Oil Suppliers”, many large utilities are making renewable energy markets a reality. Practically all major energy companies are pursuing aggressive renewable energy R&D and development projects. Heavy corporate investment in renewable energy technologies is evidence of the potential competitiveness of alternative fuels in the near future. The levelised cost of electricity data, however, is distorted by numerous government subsidies and preferences. It is important to note that the levelised costs shown above do not include the costs of transmission because those costs are site-specific and hard to estimate.

The cost of transmitting electricity produced by renewable energy, however, can be very high for several reasons. First, the best renewable energy sites are far from urban areas. Second, this problem is compounded by the fact that large amounts of agricultural land would be displaced if used to harvest such diluted fuels as biomass, for example. Production costs of renewable energy vary tremendously by location. It should be reiterated that site-specific conditions are critical to the economic feasibility of renewable electric generating plants. However, the number of ideal sites is limited. Moreover, ideal sites, given that they hold the greatest profit potential, will inevitably be developed before higher-costs sites. This makes projections of future global market share for renewable energy alternatives uncertain.

Most renewables produce diluted energy, requiring large areas of land. This magnifies both the environmental damages to sensitive ecosystems mankind’s “footprint’ on the land. For example, the size of land required to produce enough biomass fuel to replace all fossil fuelled generation capacity is twice as large as the entire land area of the Earth. In the United States alone, it would require 46% of the total land area. Solar power facilities also need a large area, but wind power facilities are not quite as land intensive, although they still require between 1.5 and 2+ acres of land per windmill. This is still about 85 times more land per kWh than gas-fired power plants, and wind power has its own drawbacks such as visual pollution and bird mortality.

Solar energy also faces certain issues. Manufacturing of photovoltaic cells produces highly toxic waste and solvents that require special technology for safe disposal. A 1GW solar facility, for instance, would generate 6,850 tonnes of hazardous waste. Moreover, a solar energy system which could replace fossil fuels would require at least 20% of the world’s known iron resources and require over a century to build.

Small changes in oil supply or demand have very large effects on prices. Accordingly, oil prices can be highly volatile and episodic price spikes can impose tremendous costs on the economy. Greater reliance on renewable energy could minimise the impact of such spikes.

Renewable energy subsides are introduced as a method for reducing the use of imported oil, which, in turn, reduces vulnerability to the effects of oil shocks. The idea that reducing oil imports will reduce the potential harm caused by OPEC production decisions, however, is not serious. Changes in oil supplies anywhere in the world affect oil prices everywhere in the world, as long as oil is freely traded in markets. Moreover, oil shocks also spill over into domestic coal and natural gas markets.

Renewable energy cannot realistically substitute fossil-based generation in the foreseeable future, not least because renewable energy is primarily used to generate electricity. Given how far electric vehicle technologies have to go before they can compete with the internal combustion engine, increasing renewable energy power generation will have no major impact on oil consumption in the short term.

Policymakers often underestimate the cost of renewable energy subsidies and the strain they place on national economies. As an example, the cumulative cost of Italy’s FIT (Feed-in-Tariff) programme between 2000 and 2014 is estimated at €200bn. In 2015 alone, a further €14bn is expected to be spent on subsidies for renewable energy, the amount equivalent to almost one third of Italy’s education budget.

Perhaps the strongest argument for renewable energy is the argument for fuel diversity. While renewables cost more than conventional alternatives on a stand-alone basis, they are typically “passive” sources of energy in that they have no state of “on” or “off”. Because they are devoid of systematic (as opposed to random) risk, they may well decrease the risk inherent in any given portfolio of energy sources and in turn reduce the overall cost of electricity.

Will the threat of climate change be the policy ‘wild card’ that leads nation-states to provide the massive dose of taxes and subsidies necessary for renewable energy to supplant conventional energy sources in the 21st Century?

Conclusion: The Nature of Prognosis