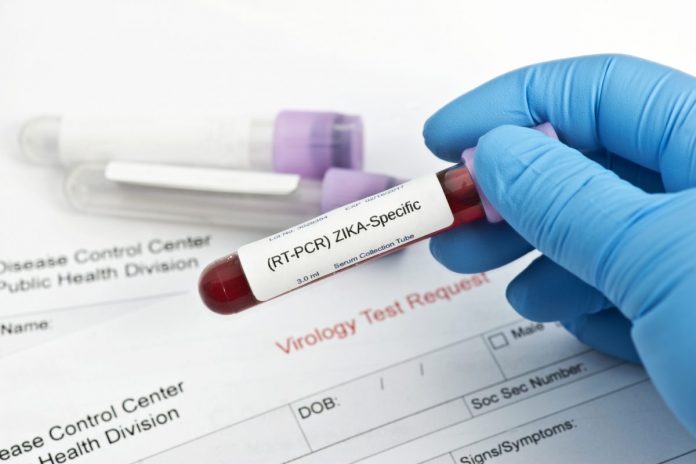 European Parliament MEP Annie -Schreijer-Pierik (NL, EPP Group) and co-author of the resolution on Zika Virus, sheds light on what more could be done in Europe to help prevent the deadly disease…

Europe should step up efforts to fight the Zika virus. More research, more money more awareness is needed. The European Parliament stated this in a resolution, adopted with a large majority this month.

The Zika virus is seen as the cause of a trail of misery, mostly in tropical countries. The World Health Organization (WHO) considers it the prime suspect for the increasing number of babies born with too small heads (microcephaly).

Starting among monkeys in the Zika forest in Uganda, the virus has spread to humans in Africa, then Asia, the Pacific and now the Americas.

In 2014 in French Polynesia, the arrival of the virus coincided with a remarkable rise in microcephaly. Now in Brazil there are also indications of a similar rise, although not all numbers are yet confirmed. It seems the microcephaly occurs more often when the mother gets the Zika virus in the early months of the pregnancy.

In Europe, a few cases of autochthonous Zika virus transmission have been reported. A group of researchers from Slovenia presented a first case of mother-to-fetus Zika transmission. A 25- year old woman had her pregnancy terminated due to microcephaly.

In this case, it was a woman who had travelled outside Europe. But the WHO warns that a certain mosquito, that could transmit the Zika virus, is also common in Southern Europe in summer time.

Some say we should wait until further evidence emerges about the link between Zika and microcephaly. However, the European Parliament does not agree. Our opinion is, better safe than sorry.

We have no time to waste in protecting young mothers and their babies outside and inside the EU – only in the EU 5 million babies are born every year.

But how could we fight the Zika virus before it gets out of control? All we can do now is focus on prevention and control: trying to terminate the mosquito’s from transmitting the virus, by using repellents, mosquito nets, sprays and eliminating breeding sites. The European Parliament favours free distribution of nets.

An approved vaccine is not available yet. The European Commission mobilised €10m (Just under £8m) for research on this virus. This amount is by far too small. More money should be allocated from the huge research funds of the EU, like Horizon2020.

Most EU Member States have asked pregnant women to delay travels to Zika affected areas. Our parliament resolution calls for more awareness of clinicians and travel health clinics. We also ask on EU Member States and the European Commission to enhance vigilance towards early detection of imported cases from the EU overseas countries and territories.

Cargo carriers should increase levels of disinsection of their cargo, to help keep the mosquitos out. Despite the clear indications from WHO about the Zika virus, some politicians of Green parties in the European Parliament tried to shift the focus to pyriproxifen. The chemical that is widely used against insects, including ants and mosquito larvas. This product came into the picture because of the Argentinian press, which mentioned a report that pyriproxifen could be the cause of the rising number of microcephaly in Brazil, which resulted in a state in Brazil suspending its use in their water supply.

One could say the EU would have to ban this chemical as a safety precaution. But I don’t agree, as long as there are no leading experts pleading for this. On the contrary, the Brazilian ministry criticised this state decision, the Argentine authors of the report stated they were misinterpreted and the WHO doesn’t suspect this chemical. I think we should follow experts and not rumours. Most politicians are not scientists themselves.

In the debate in the European Parliament sexual prevention also became an issue. Some liberals and left wing MEPs stress the importance of condoms and abortion, as a prevention against the Zika virus. Indeed there are rare reports about the virus being transmitted via sexual intercourse. But I think decisions about abortion are very personal and substantial, and EU politicians should niether interfere with the national values on this controversial theme.

We do understand Europe has more crises to deal with then the Zika virus alone. For example, the attacks in Brussels, the conflicts in Syria and Ukraine, the migrants entering Europe – and not to forget the financial crises. Nevertheless, our citizens count on us to prevent a crisis and not just to deal with the present ones.