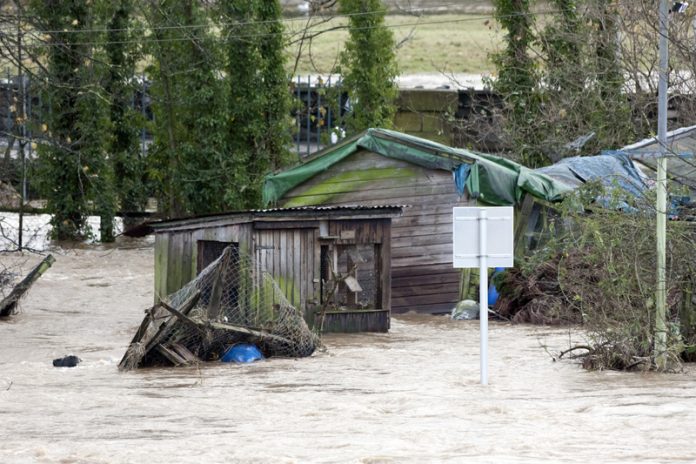 The Environment, Food and Rural Affairs Committee are demanding an overhaul of flood management in England in a report published today

MPs from the Environment, Food and Rural Affairs Committee are calling for a radical shake-up of England’s flood management system to tackle the rising risk to communities from climate change. Current flood risk management structures are “fragmented, inefficient and ineffective”, the ‘Future flood prevention’ report states. It goes on to set out a number of recommendations for a strategic overhaul of flood prevention and management to link funding to outcomes.

Spending on flood defences was drastically reduced under the coalition government, and funds were only increased again following recent floods, including those as a result of Storms Desmond and Eva. The government’s National Flood Resilience Review (NFRR), published in September, increased the projections for extreme rainfall and moved to protect critical infrastructure, but it was criticised for lacking a long-term strategy and ignoring flash flooding, which threatens 3 million homes.

Flood management plans not up to scratch

The government set out the Cumbria Flood Action Plan in July, which examines how to reduce flood risks in the three areas most severely impacted by Storm Desmond. It included measures such as planting trees, restoring river bends, and building flood walls in towns.

While the Committee is keen to encourage “natural measures” such as tree planting, they say the NFRR’s “limited solutions will not rectify fundamental structural problems”. The recommendations made by the Committee include:

The report also suggests the Department for Environment, Food and Rural Affairs (Defra) should commission a large-catchment trial of the effectiveness of natural flood risk management approaches by July 2017, and that farmland should be used in some places to store flood water. Flood risk communications must be simplified and resilience must be improved, the MPs say.

Flood Re not a long term solution

The Institute and Faculty of Actuaries (IFoA) released a report on the future of UK flood policy to coincide with the Environment, Food and Rural Affairs Committee recommendation, which outlines next steps on the Flood Re insurance scheme for homeowners in flood-prone areas.

According to the ‘Future flood prevention’ report, Flood Re appears to be allowing many households to obtain affordable flood insurance cover where they were previously unable to do so. However, as IFoA President Colin Wilson said:

“The reinsurance scheme for homeowners, Flood Re, will be operational for 25 years. The scheme will go some way to creating a breathing space for government to implement more resilient flood defences. However increasing spending on flood defences is not enough. Government must also use this time to put in place a proper strategy that incorporates all stakeholders to manage flood risk.  While flood risk remains high, homeowners will struggle to find affordable insurance after the Flood Re safety net is removed.”