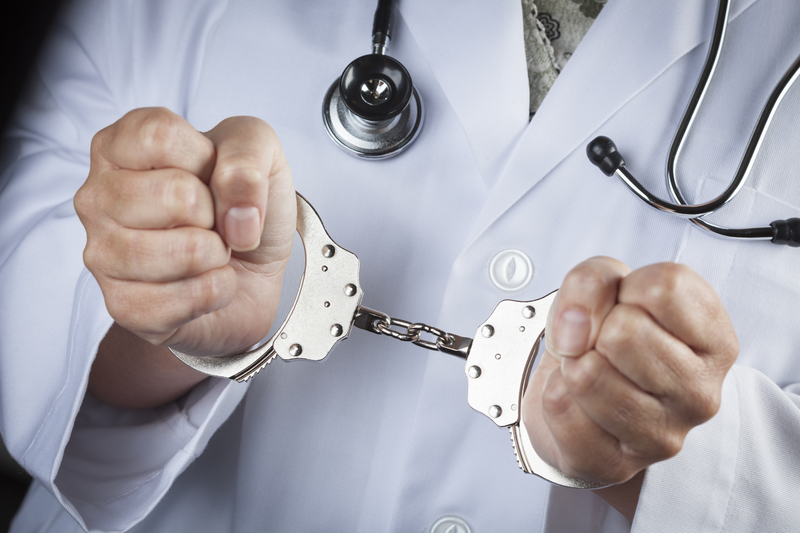 Paul Vincke, Managing Director of the European Healthcare Fraud and Corruption Network talks about fraud and corruption with medical devices and highlights how people get away with it.

A lot of infringements stay under the radar and they only surface when whistle-blowers reveal evidence in cases reported.

There are a lot of little suppliers and the playing field lacks transparency compared to the pharma sector. One of these cases relates to a fraud and corruption case in Belgium with the involvement of an orthopaedic surgeon.

Company A, a manufacturer of orthopaedic materials (knee braces a. o.) has been taken over by company B in 2007. Shortly after the take-over, it became clear to the new owner that manufacturer A had defrauded Belgian public health insurance by forgery of prescriptions for orthopaedic materials; as a result, two knee braces for two different knees could be charged to health insurance where the original two prescriptions presented an alternative brace for the same knee. Only one of both could be charged to health insurance. 148 prescriptions were forged between 2005 and 2008. The way the scam has been perpetrated is as follows:

An orthopaedic surgeon (always the same) working at a university hospital in Belgium prescribes (always) a knee brace (fixed) and a neoprene knee bandage (flexible).

The orthopaedic surgeon sends the two prescriptions in hard copy and fax to (always the same) manufacturer A.

Both prescriptions and the document 13YT were then forwarded to the health insurer who reimbursed both devices to manufacturer A, leaving the patient with a co-payment of only 10€ to be paid (here is a conflict of interest on behalf of the insurer).

As a consequence, an extra device has been sold to the patient at a value of 223€

On 27 May 2015 there is a judgment in court. In the meanwhile, an administrative action by the health insurer could not be completed as the action became prescribed, in the application of the Belgian healthcare law. The court sentenced Manufacturer A to 12 months imprisonment suspended for 3 years and to a fine and attributed damages to the civil parties involved.

In the meanwhile, on 29 September 2011, manufacturer B also files a complaint against the orthopaedic surgeon for an attempt of extortion as the surgeon had suggested that he would only continue to work with him if he returned him 50% of the turnover he generated by his prescriptions, as this was the practice with manufacturer A.

Manufacturer B has declined the offer and the surgeon stopped the “partnership” and from then on colluded with Manufacturer C (a cover-up for Manufacturer A).

The orthopaedic surgeon was the top prescriber in Belgium in 2007 and 2008 of knee braces, neoprene knee bandages and walkers. On his behalf, there were clear indications of overconsumption or unnecessary prescriptions, such as the standard “double” prescription of both a knee brace and a neoprene bandage for the same person.

Meanwhile, in 2011 the orthopaedic surgeon was honourably discharged by the university hospital for a swindle with implants. He had developed a new kind of implant for bone extension (hydraulic extension nail). This implant was illegally manufactured in his laboratory in the university hospital and used without certification nor authorisation of the Belgian Medical Devices Agency. At the same time, he asked manufacturer A to invoice the hospital as if he manufactured the devices himself.

After his discharge the orthopaedic surgeon, up until today, continued working with the new company of manufacturer A, now C, still using his unauthorised hydraulic bone extension device.

EHFCN has formally been established in 2005 as a not for profit international association by Belgian law.

The Network is membership based. The actual 16 members from 14 European countries represent public and private healthcare insurers, health financers and payers who all have the countering of fraud, waste and corruption in healthcare as their core business or as part of their mission.