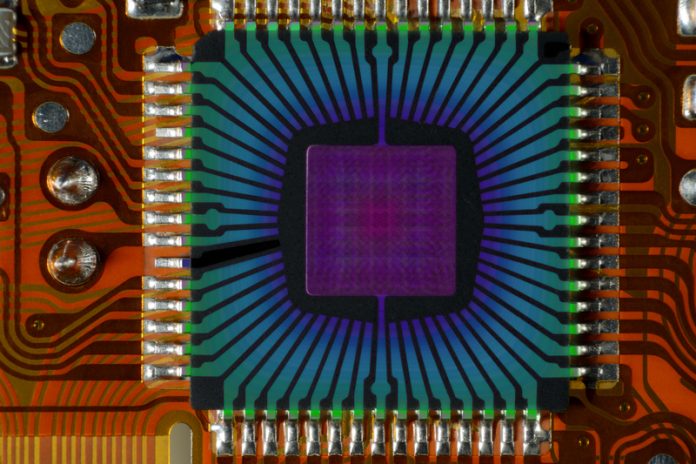 In an interview with Editor Laura Evans, Richard Murray, Lead Technologist in Emerging Technologies and Industries at Innovate UK, highlights quantum technologies and the impact they hope to make in the UK…

Quantum technologies is a new industry aiming to make a big impact in the UK. The UK government has invested £270m in the UK National Quantum Technologies Programme. The programme is a joint effort coordinated between, the Department for Business, Innovation and Skills (BIS), the Engineering and Physical Sciences Research Council (EPSRC), Innovate UK and the National Physical Laboratory (NPL).

A number of key sectors throughout the UK could benefit from new quantum technologies, including: construction; finance; energy; defence; aerospace and telecommunications. The European Commission has also recently committed €1bn for quantum technologies, which highlights the potential of the new industry, not only in the UK but Europe-wide.

What are quantum technologies and how do they benefit the UK?

Those are the 2 broad effects but there are a range of applications that can be useful. For example, with the sensors, you can measure acceleration very accurately and that could be used in the future as a way to navigate without relying on connection to a GPS satellite. If you have in your hand a device that measures acceleration, you add up all the accelerations it will tell you where you are, regardless of whether you can connect to a satellite. This means it could be used inside a building or an underground car park, for example, where GPS doesn’t work. The UK MOD are very interested because in hostile environments it is possible to block or intercept GPS. Quantum technologies will allow them to navigate without it.

The Holy Grail is this idea of a quantum computer. The quantum computer will enable you to do things which current computers (known in the field as classical computer) simply are unable to at the moment. Like machine learning algorithms, classical computers can be quite dumb really. A current computer will start with one question and will answer yes or no, then it will move on to the next question. Whereas a quantum computer has the potential to ask or check multiple questions in parallel, all at the same time, so it has greater power when you’re trying to answer really difficult questions.

How are societal challenges driving the need for quantum technologies?

The main one for me at the moment is we really hope quantum technologies will turn into a new industry for the UK. It might not be the same as what most people mean by way of societal challenges, but for me preserving high value economies and our way of life in the developed world is key. Making sure the UK has lots of new products and industry that we can use to manufacture, sell and export is really important.

The UK government are really interested in translating research into new products because countries like our own have a strong research advantage. Our universities are world leading; how we convert that world leading strength into societal benefits is really important. Of course there are a number of other different important societal challenges that quantum technologies could be useful for. For example, the Home Office might be interested in quantum technologies to give better border protection in order to detect substances like plutonium, which is very dense and would register very strongly on a gravity sensor. Researchers at the moment are also using quantum technologies to help diagnose neurodegenerative diseases such as schizophrenia.

How does Innovate UK support quantum technologies in the UK?

We sit within a much larger investment. One of our main roles is to act as a connector between different groups which are important to develop these new technologies. The 2 lead groups in this area are academics and companies, and in large part there are very big cultural differences between the 2 groups. Our job involves getting all those people together in the same room and acting as a mediator to try and help them to communicate better. To get the academics to think in the same way as a businessperson would and vice versa. For example, companies will be thinking in profit and lost pounds and understanding the business case prior to investing in anything.

We’re also working with the investment in the UK Quantum Hubs. These have been set as academic centres looking at the technology side of things. Innovate UK’s job within that £270m of investment, is to attract interest from companies and help them to make informed investment decisions in this new technology. We don’t just provide investment for the academics but invest in the companies to develop those products for themselves.

How are UK quantum technologies helping to shape the middle ground between academia and industry?

This question really hits home, what we’re trying to do. Which is exactly as you have asked, to develop that middle ground between industry and academia. If you look at the Quantum Technologies Programme, it’s a collaborative effort within government. You’ve got BIS working with The MoD and Dstl, then similarly there is a close collaboration between Innovate UK and EPSRC.

We’re hoping to achieve much better connections within government, join up the gap between all our individual organisations and make it easier for people in the middle ground, who are translating technologies to have support from government.

What is the aim of the UK National Strategy for Quantum Technologies and how can that help?

The strategy is about us writing down how we hope to do our work of helping the middle ground and publicising our primary mission, which is to translate research into new companies and economic growth. The first thing the strategy does is make that goal very clear, to remind them of its importance. The strategy also looks at ways we’re hoping to achieve that mission, so it highlights the importance of showing marketing opportunities, using demonstrators and getting private investors interested in the work we’re doing.

It’s also about international engagement. In the strategy we say it’s important to understand that the UK isn’t the only country investing in quantum technologies. In fact, there are a number of other countries around the world that are investing. Not quite as much money as the UK, but still significant amounts, so its important that we not only understand more about what those other countries are doing, but have a strategy around either working with them, or in a way that is in knowledge of what they are doing, so that the UK can benefit from those other programmes around the world.